The Fashion Digital Night took place on 26 January 2020 with the second edition of the Digital Made for Young Fashion Talents contest promoted by Fondazione Mondo Digitale during the Rome Fashion Week in Altaroma.

Forty projects in the field of wearable technologies were created by young stylists, designers, developers and makers from fifteen countries around the world who competed on the catwalk in the three categories of bio material, digital fabrication and wearable technology. The Digital Made contest told the international scene of young talents where the fusion between tradition and innovative techniques related to the environmental challenge is taking place. Answers, imaginaries, sprouts of creative solutions to global problems mainly realized through techniques related to the use of digital manufacturing tools of Industry 4.0. such as 3D printers, laser machines, microcontrollers, 3D pens, optical fiber and LEDs together with coloring techniques with natural elements and the use of biodegradable materials. These modern techniques are able to guarantee the least possible impact on the environment and allow to speed up or skip some phases, such as cutting by hand, avoiding the generation of excess and waste. 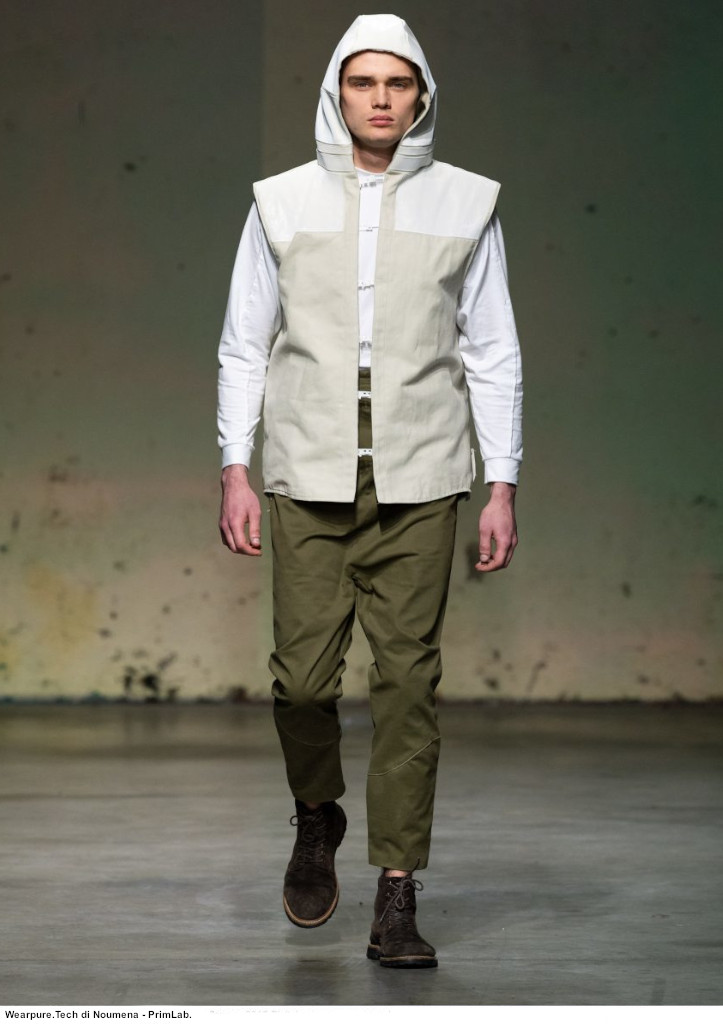 The jury composed of Massimiliano Datti, director of ISIA Roma Design, Chiara Di Lodovico, Fashion designer and PhD student at the Politecnico di Milano, Simonetta Gianfelici, Fashion Consultant & Talent Scout and Alessio Tommasetti, co-founder of Shapeupitaly, expressed his judgment based on these criteria: innovation in the use of advanced technologies in the design and construction phase, originality for the ability to respond to certain needs in a creative, and scalability, that is the modularity of implementation that allows further development in subsequent phases.

Absolute winner of the competition is the Wearpure.Tech project of the company Noumena – PrimLab (Reshape) from Spain, made with 3D printing and which addresses the problem of environmental pollution thanks to the ability to absorb greenhouse gases and reduce volatile organic compounds through an advanced polymer that integrates CO2pure, a 100% natural mineral compound developed and certified by Primlab, capable of mineralizing primary greenhouse gases (CO2 and NOx) and reducing volatile organic compounds (VOC) and which can be used as an additive in the three-dimensional fabric production process. The project obtained both the cash prize of the value of 2000 euros and the special mention for the bio material category, with the participation in Re-Barcelona offered by the Italian Consulate in Barcelona and ItMakes, together with a training course within the program “Maker Residency” offered by WeMake, partner of the event together with 3DiTALY, REA Academy, Fabricademy, Reshape. 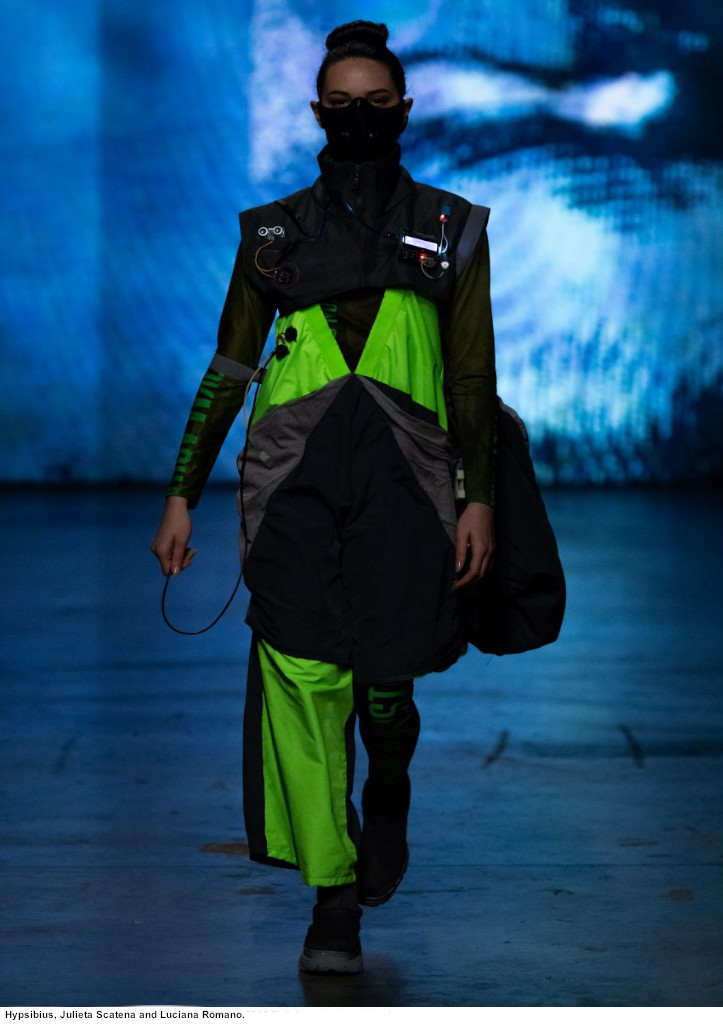 The special mention for the wearable technology category with a digital tailoring course offered by 3D Italy was awarded to Hypsibius, by Julieta Scatena and Luciana Romano from Argentina, who created versatile and customizable garments with digital accessories and thoughtful sensors for survival in a hostile environment, with the idea of exploiting technology to make clothes that can become a crucial ally for survival on a planet that is on the verge of an environmental disaster.

For the digital fabrication category, Fabricademy offered a week’s choice course to Laser Dye by Wei Chieh Shih (Reshape) from China, which aims to establish a link between craftsmanship and the art of code by using together two techniques: the oldest alternative photographic process the “cyanotype”, through which a permanent image can be formed on the fabrics, and the laser machine. Thanks to this approach, the coloring of the garment is the result of the effect of a photon excited by the infinite reflection between the mirrors inside the cavity of the diode which, landing on the fibers, produces blue molecules.

Absolute champion of beauty, softness, desire to be worn and hope to live in that vision in the bio material category is Begrounded by Lara Campos, from Spain. The poncho on the catwalk has “grown” inside a greenhouse installed in the Palestra dell’Innovazione. The project comes in the form of a kit and involves the cultivation of plants on some fabrics, such as wool: the idea of Nature as a “material” to be worn, with specific beneficial and healing properties for common ailments, stress anxiety. Begrounded opens a space for dialogue between humans and other living beings, a space in which the ideas of wild and domestic come together to build richer and more respectful forms of relationship and coexistence. 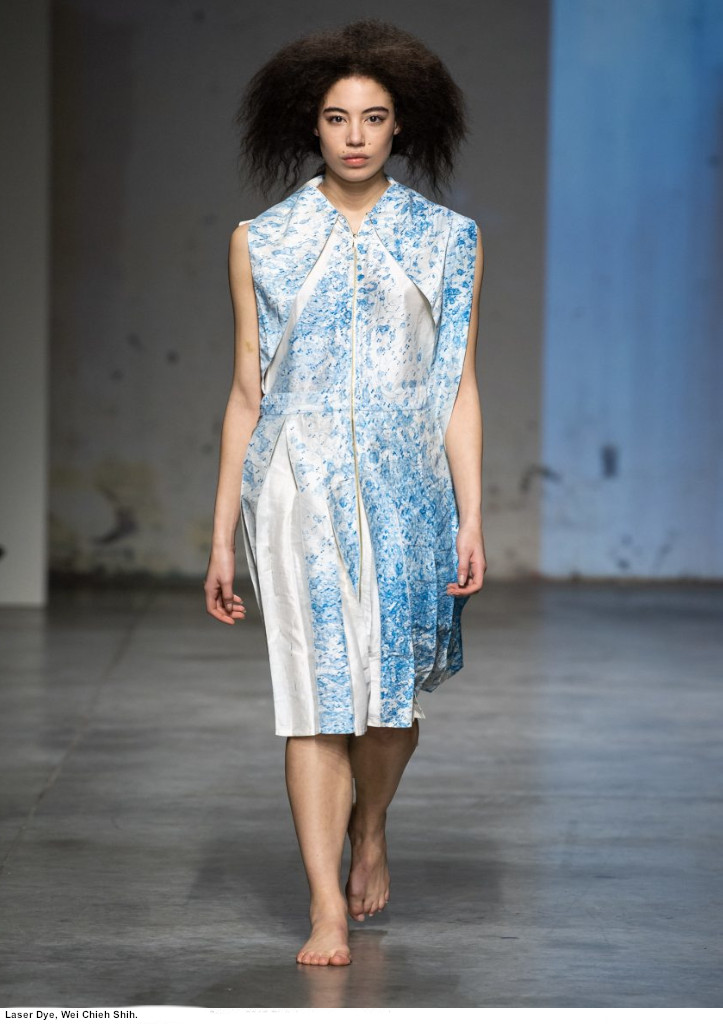 On the catwalk, the Geison project of the digital fabrication category, by Federica Moriello (AbaNa / FabLab Frosinone), was simply wonderful. The project aims at the destructuring of the basic lines of the tailoring using the laser cutting technique: the shapes obtained by the latter are superimposed giving space for the concept of layer, or the stratification of the elements. The chromatic gradation chosen helps to harmonize the silhouettes, which recall organic figures found in nature. Technologies such as laser cutting and parametric design automate repetitive and precise tasks and allow you to create innovative solutions as in the Cabinet of under sea memorabilia projects by Irene Caretti and Rizhome by Angela Barbour from Brazil.

Nature and Science are the main Media of Eldy Stephanie Lazaro Vasquez (Fab Lab peru & UC Davis and Wearables Lab), Myco-accessories solutions, which come to life from the growth of living organisms such as mycelium, the mushroom root, and Reu Jacket by Lucie Ketelsen (Reshape, Australia), a reactive garment with zero waste that draws inspiration from the unique characteristics and growth pattern of lichen. And then the wonderful pineapple fabrics and the food colors, for example from pomegranate and red cabbage, and the salt crystals of the Ulaghel project by Romchel Magdalaine Fuentes (IIS Caterina da Siena, Italy Ulanghel). The accessories of Maria Paola Cassano (IED Rome, Italy), promote a return to simplicity by referring to the sinuous and harmonious forms of pristine nature and the use of eco-sustainable materials, from organic fabrics, proposed in a new key, to the most recent and innovative biodegradable leathers, like mushroom and pineapple skin. 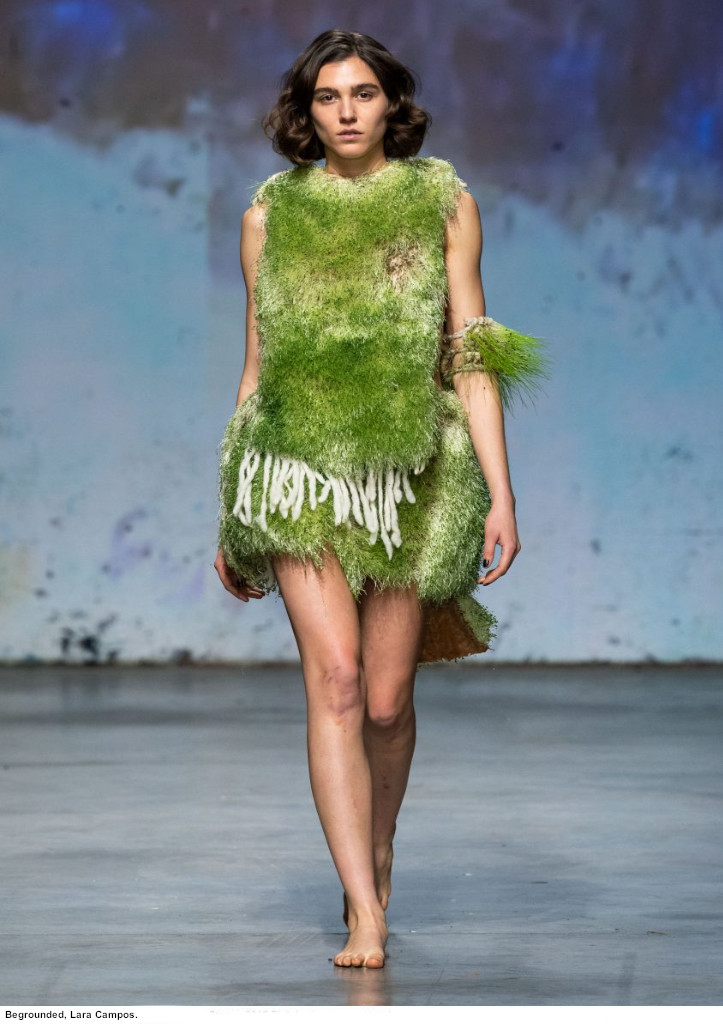 In the context of the recycling and reuse of plastic, Jessica Pullo‘s Crystal Dress from Argentina and Rosangela Catone‘s Residual Weavingè (AbaNa / FabLab Frosinone, Italy), create two wedding dresses, the first with plastics recovered from a hundred bags used to wrap the rolls of cloth, the second with plastic of natural derivation and the scraps of the productions with the 3D pen. The New Python is Digital by Juan Felipe Enrìquez Fiallo (Fabricademy, Ecuador) also promotes low environmental impact production with stylized, provocative and sensual garments tailored to the tastes of consumers from the waste of the Italian luxury industry. 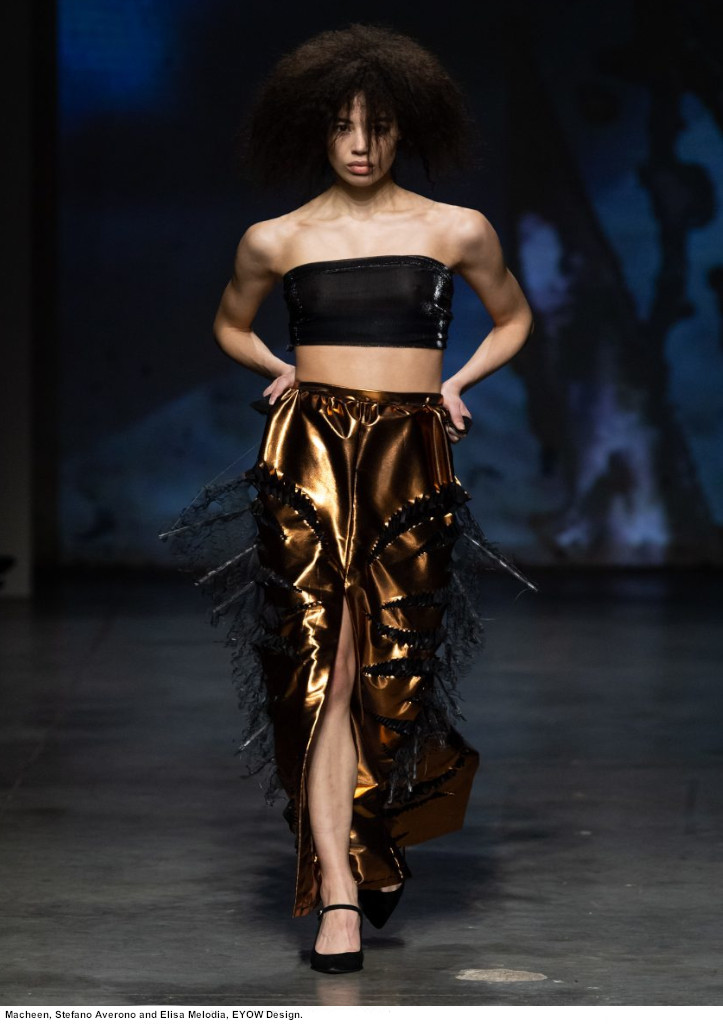 The most original model from a conceptual point of view was definitely Iside by Sara Savian, Mauro Alfieri and Alessandra Trestini, by EmotionWear where the theme of fertility and the centrality of women, as creators of life, is expressed iconographically through optical fibers illuminated by programmed LEDs, connected to an app that monitors the period. Among the very young Italian designers of the wearable technology section, Macheen by Stefano Averono and Elisa Melodia by EYOW Design, it is a dress inspired by the bio-mechanical study of animal skeletons, in particular the gills of the fish, to reproduce the movement through wearable motors. Made with Arduino Nano and conductive fabric sensors, Macheen innovates the structures used to support the tissues, proposing a self-propelled and adjustable mechanism with the simple touch of a finger that the model activated during the walk.

The Digital Fashion Night has allowed designers, industries and communities around the world to parade, responding to the environmental cause through smart clothes and accessories, where the body becomes an artistic and key act for accessing the imaginary of tomorrow that we want to live in.