Art And Architecture: Investigation At The Boundaries Of Space 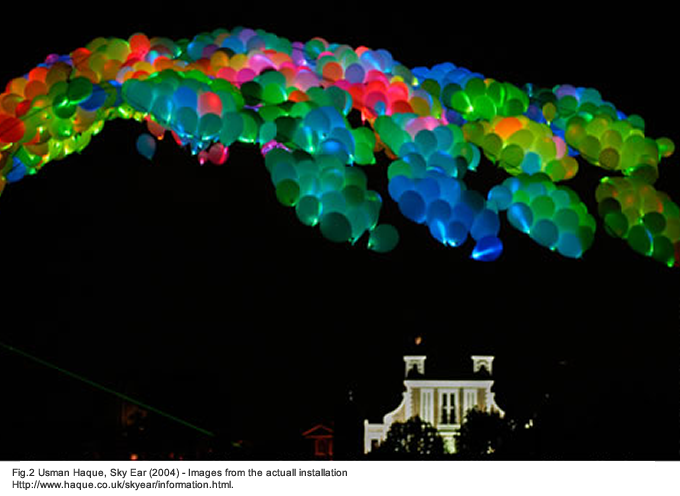 1. The evolving understanding of space

Our changing understanding of reality has inspired the invention of new concepts of space and strategies for spatial research and practice across disciplines. There have been several radical changes in cosmology, science, art, design and philosophy, concerning the ways in which reality and our experience of it may be understood. As can be seen in recent studies by scientists, artists, designers and thinkers, such changes have encouraged the development of new philosophies and theories on space, new types of spatial perception, interaction etc.

It has been essentially information processing technology, Einstein’s theory of relativity and quantum physics that have fundamentally influenced the development of contemporary perception, spatial research and practices. It is revealed through exploring the overall evolution of space since its creation, that spaceis anything but absolute, stable and invariant. In particular, our understanding of space has radically changed because Einstein’s theory of relativity reveals that, as Steven Connor explains, space is in fact, “relative to speed, gravity and other cosmic variables”. Consequently, we are led to the conclusion that space “is not empty… [but it is] mobile, mutable, perturbed, polymorphous… not uniform…”.[1] .

Such a radical turning point in contemporary thought, has attracted the interest of numerous thinkers, researchers and artists like Lev Manovich, who, as the educator and critic Monika Bakke describes, defines this change as the shift from Modernism to “informationalism” and thus, the focal point now is not objects and forms, but various ‘information flows’. Following such a shift, space is thus, defined as a constantly and uncontrollably evolving ‘informational substance’. [2]. Subsequently, there is no void space as such, but data flows in dynamic interaction not only with each other but also with matter and human beings. The concept that space is Cartesian, is therefore no longer appropriate, as relativistic spaces emerge. 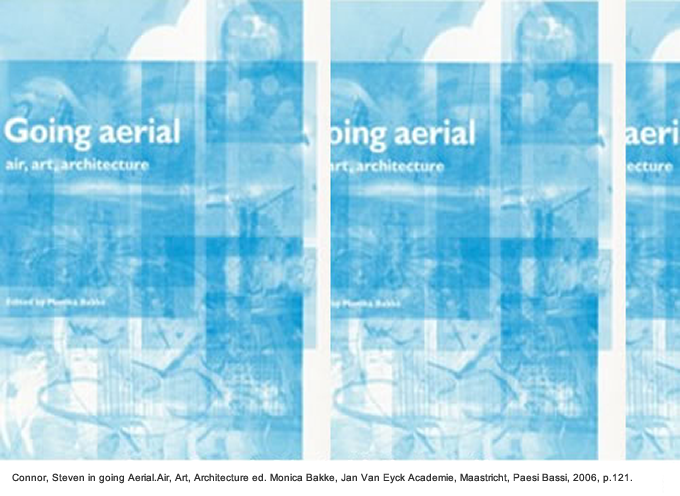 2. The boundaries of space

The boundary has been the fundamental aspect of architecture. As Connor explains, architecture can be essentially conceived as a “confrontation and exchange” between the “spatiofugal” and “spatiopetal” orders of space [3]. In accordance to its earthbound conventions, built architecture has adopted and ‘defended’ the enclosure, uniformity, integrity and stability of the ideal and generic form of the cube the boundaries of which, have to remain solid and permanent.

Nevertheless, as we have already seen above, space itself is not void, uniform and inert, but it is an uncontrollably evolving and polymorphous informational substance.Inevitably, dynamic interactions, which may often be invisible and ignored, occur between the various orders of space.Essentially, the traditional boundaries of built architecture are challenged by the unstable and uncontrollable environmental conditions and the emerging topographies of data-scapes.

Moreover, as Unnikrishnan extends his explanation of the essential role of ‘unobservables’ (space, time, potentials, fields, waves with no reference to matter) in quantum physics, he describes that ‘physical states’ are associated with ‘abstract vectors in an abstract mathematical space’ which is statistical and a-causal. [5]

That is the probabilistic space of Virtual Reality, which has been particularly useful for creating mathematical simulations in quantum physics [Fig.1]. It becomes clear therefore, that the world appears to be disjoined, probabilistic, fuzzy and random, as it is visualised through the veil of algorithmic infrastructures & paradoxical kinds of digital geometry which are not only abstract but also, highly inconsistent. 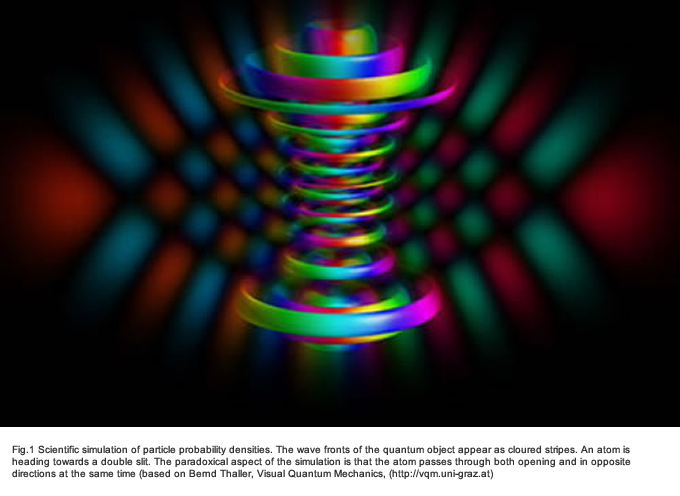 The quantum paradigm shift in science, Einsteinian relativity and non-Euclidean geometry have changed our understanding of space and inspired artists’ and architects’ interest in attempting to visualise and creatively engage with the invisible and unknown co-ordinates and dimensions of reality and perception through revealing various fields of interaction between the environment, matter, technology and human beings, challenging thus, our conventional notions of space and built architecture as well as the functionality and morphology of the latter.

Characteristic examples of such contemporary spatial practices can be seen in the architect Usman Haque’s site-specific interventions. Haque experiments with the creation of architecture as software programming for developing various types of spatial interaction. In particular, he develops “softspace interfaces between real and virtual spaces” through the creation of mixed-reality interactive spaces.

In Sky Ear [Fig.2], for instance, Haque visualises and engages with the unpredictably and dynamically evolving space of the electromagnetic fields of the city, which is normally invisible and goes unnoticed, and the morphology of which, is contrasted to the conventional forms of built architecture. New interactive exchanges between users, interior and exterior spaces are thus enabled. Indeed, such interventions into the existing fabric of built architecture challenge the conventional boundaries and the status of architecture, as architecture becomes interactive and changeable.

Sky Ear is an example of how Haque investigates the relationship between architecture, digital systems and the design of enhanced environments (that involves the fusion of conventional architecture and virtual systems design). It seems however, that the assumed functionality, efficiency, practicality and predictability of Virtual Reality systems seem to have been taken for granted, as the inherent abstraction and flaws of their computational infrastructure, remain unexplored. 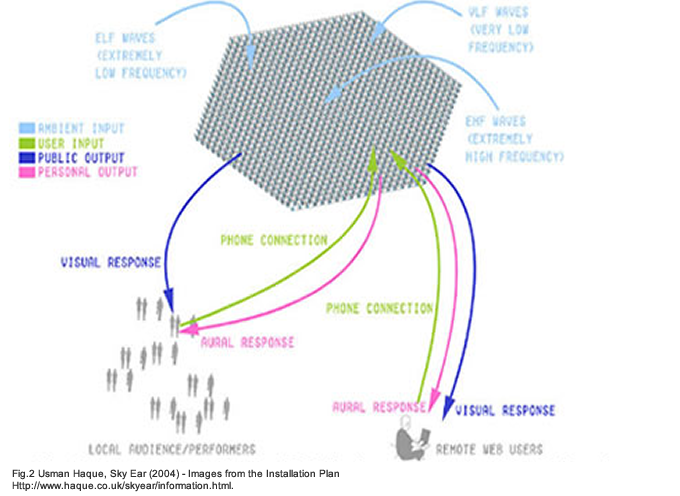 3. Revealing the digital boundaries of architecture

The developments that have been discussed above necessitate a creative in-depth and inventive exploration of the relationship between digital and actual spaces for advancing digital site-specific art. In particular, new methodologies are needed for creatively revealing theparadox of the informational space of Virtual Reality due to which the digital boundaries of architecture are not only abstract and fuzzy but also highly flawed and unstable. This is achieved in my work through the visualisation of inter-spatiality between the physical and digital spaces of architecture, as opposed to creating inter-faces that comply with the existing modes of using digital visualisation and virtual environments in art, architecture, design and science.

In particular, my in-depth practical and theoretical investigation of digital visualisation systems, which has included their philosophical and mathematical foundations, has enabled the development of new types of site-specific drawing within semi-immersive room-sized virtual environments (similar to a CAVE) [Fig.3].

The existing modes of digital visualisation, site-specificity, virtual and mixed realities in art, design and science are thus radically challenged.Instead of the conventional uses of digital technology, such as the creation of fully immersive imaginary or abstract worlds, the realistic simulation of reality or the functional and easthetic enhancement of reality,the emphasis is placed on analytically visualising how the inter-passages between the actual and virtual boundaries of architectural space are gradually revealedduring the digital modelling of a built space through the use of Boolean Set Operations within a semi-immersive virtual environment, so as to enable the visual comparison between the built and digital boundaries of space.

In this way, a new paradoxical kind of spatiality (inter-spatiality) emerges through visualising not only the processes but also, the inconsistencies of volume definition, layering, geometry and boundary generation that characterise computer 3D modeling. Various unknown andambiguous types of spatiality appear as we pass through various spatial orders and geometrical paradoxes. 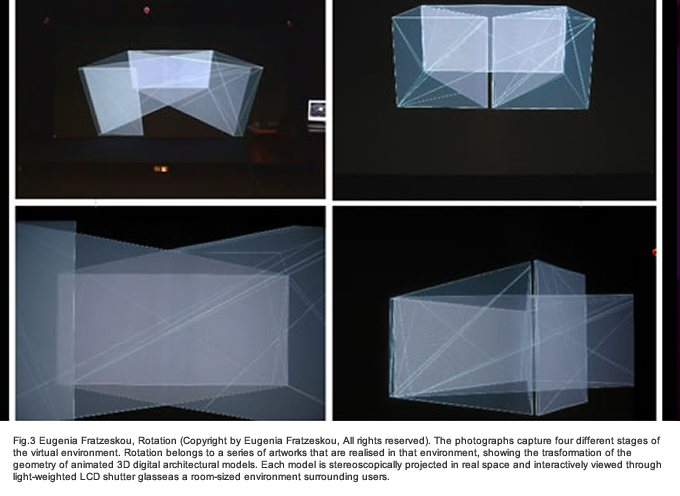 As we have seen, the boundaries of digital space are highly inconsistent, undermining the solidity, stability and continuity of the built space and challenging our usual perception of it. The hidden dimensions of architectural space that remain unregulated, elusive and unbuilt are revealed.The dynamic flux of informational space is experienced in direct contrast to built architecture that is the orderly ‘fossil’ of such a digital drawing process in the idealistic form of a Cartesian cube.

The emerging ‘ghost’ of the abstraction and inconsistency of the algorithmic order cannot be eliminated. It undermines digital simulation, the conventions and functionality of built architecture. The manifestation of inter-spatiality enables a new philosophical understanding, experience, and perception of space that inspires new types of spatial research and practice in art, architecture and the related disciplines.