Identity is becoming a fluid concept, encompassing different domains of the self. How are identities affected by technology and digital tools? What is the role of art in shaping this notion?

Digicult Editions is happy to announce the new issue of Digimag Journal, its interdisciplinary online publication devoted to the study of the impact that technological and scientific developments have on art, design and culture.

Edited by Silvia Bertolotti and Marco Mancuso, Digimag Journal | Issue 75 | “Digital Identities, Self Narratives” gathers 13 contributions from artists, researchers, theorists and curators from all over the world, who suggest critical insights about the role of digital art and technology in the shaping of identity.

Digimag Journal | Issue 75 is co-published together with Goethe-Institut 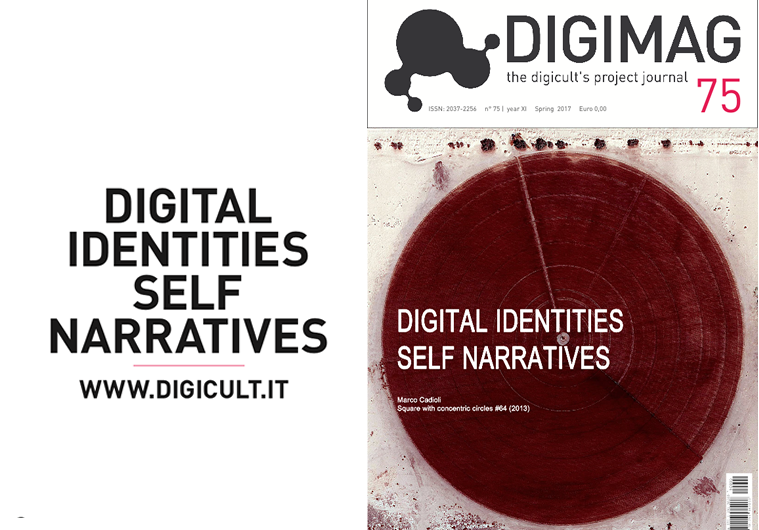 One of the most interesting aspects of our relationship with technology, it is the way we relate to other people through it and the way we create new narratives of our identities. Internet, social networks and p2p tools have amplified this phenomenon enabling the ramification of larger networks built around individuals. As a consequence, their personal narratives are linked to virtual (and real) dimensions of social, economic and artistic fields. Digital identity becomes therefore the individual unit of a larger digital culture environment.

This subject has been widely studied in the pioneer international project Streaming Egos by Goethe Institut (http://blog.goethe.de/streamingegos/) where five different european countries were involved, through the production of an online platform, some critical texts, a convention, commissioned artworks and a final catalogue. The aim of this project was to study how internet, social networks and, more in general,  technologies are modelling the way we relate to others and to the external world, both conceived not simply as  biological systems, but rather as virtual entities telling their own story.

“Who am I?” is a primordial existence question, with different connotations depending on the context (social, political or cultural). “Who do I want ( or: do I have) to be” is questioning the very basis of economy, ethics, theology or politics, especially in its collective  meaning “Who are we?”

The act of transforming and reinventing the concept of ourselves and consequently the idea of community is at the very basis of identity explorations in the digital era. Identity becomes a fluid concept, encompassing the domain of the self. How identities are affected by technology and digital tools? What is the role of art in shaping this notion?

When interacting with other people on the Net, individuals reflect more and more on themselves, carefully choosing contents (whether personal or not) to be shared (and seen by others). This leads to a self-discourse redefining the notions of identity, repetition and difference. 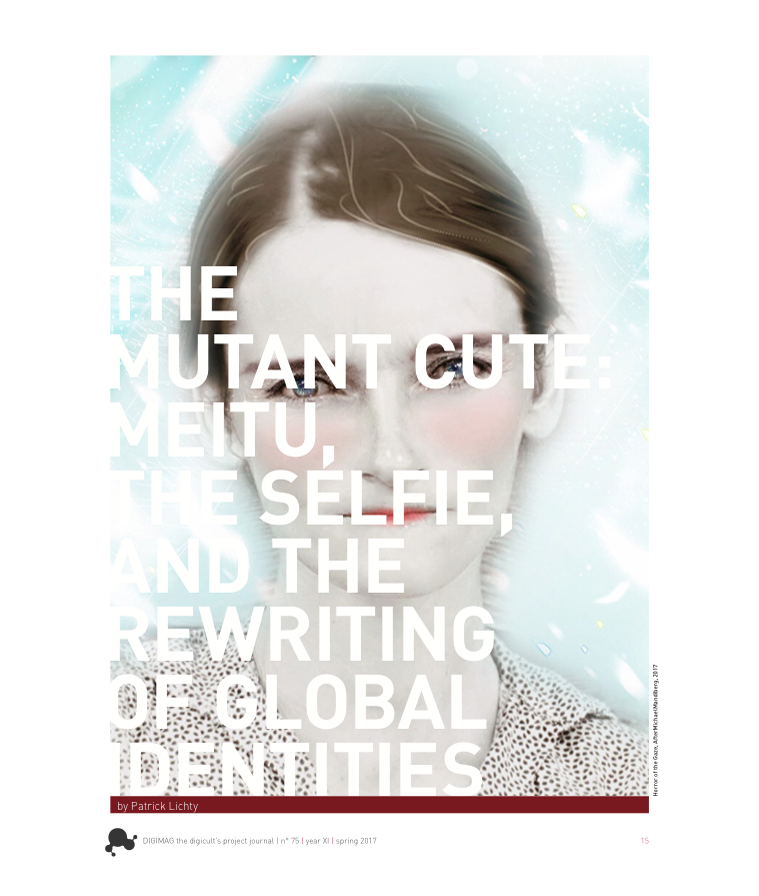 Digicult Editions is the publishing initiative of the Digicult project, whose goal is to be active in the publication of the Digimag Journal, but also critical and theoretical books and essays commissioned to international authors, university thesis of special interest, publications edited in collaboration with other national and international publishers, conference proceedings and classes materials connected to educational activities, as well as peer-reviewed publications with institutional partners. All contents by Digicult Editions are circulating under CC Licences: Attribution-NonCommercial-ShareAlike 3.0.