The exhibition “Sensing Scale”: networks and data traffic in our world

Our world is played out on the planetary scale: it is marked by decentralized infrastructures and production sites, globe-spanning logistical flows as well as a collective technological conditionality, complex data material and all-embracing communications networks. How can the processes taking place within such highly branched structures be described and queried?

With Sensing Scale, the Kunsthalle Münster addresses the question of how networks, data traffic and technocratic mega-structures operating on a planetary scale inscribe themselves into our world, how they influence our lives, our thinking, our acts, our visual culture and also our perception. It is such intricately wired and interconnected systems that Tekla Aslanishvili, Pedro Barateiro, Emma Charles, Geocinema (Asia Bazdyrieva and Solveig Suess), Bahar Noorizadeh and Wolfgang Tillmans examine in their works. 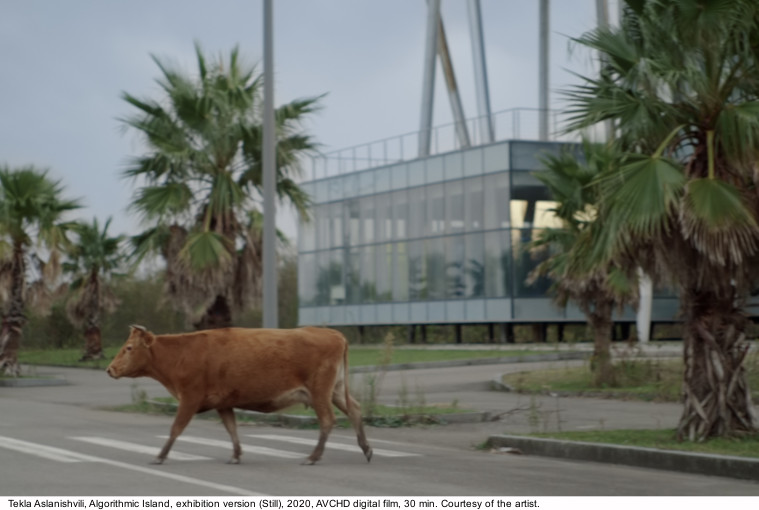 In their preoccupation with this particular subject matter, the artists have encountered hardly discernible interrelations and virtually incomprehensible magnitudes. They intently illuminate these systems from various angles and gauge their extent. Probing what is “behind” the networks, they trace their courses underground and aboveground, and reveal hidden infrastructures of our digital everyday life. At the same time, they are keeping a close eye on how technological progress affects value systems such as time, productivity and work.

The question therefore arises as to how the new planetary scale of the hyper-capitalized society is altering our previous perspective on the world. Which established ideas must be broken with? At the same time, such changed magnitudes also challenge aesthetical conventions. If for a long time the iconic “Blue Marble” photo taken from the Apollo 17 was seen as an adequate representation of the earth, the momentous photo has long been replaced by continually updated images—images existing in the plural form. It is about understanding and measuring the planet, despite being entangled in processes of production of images and meaning as well as new configurations of power distributed worldwide. Conceived as a metaphor of globalized, networked image cultures, the project name “Geocinema” can be rendered productive. 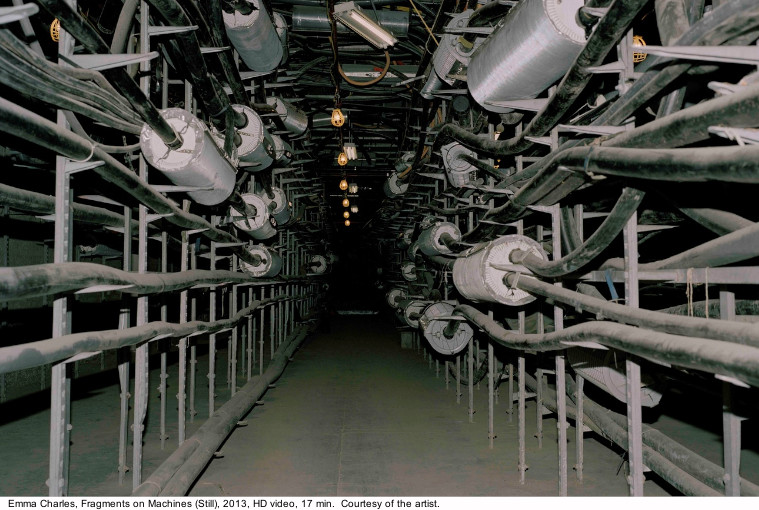 Technological infrastructures continually convey what we can see, feel and perceive—and what we cannot. It is this type of imagery—connected directly or indirectly with the mega-structures or generated by them—that is of interest to the artists and serves as the basis of their productive look. Based on translations of the world into an enormous accumulation of data, drawn from the complex media networks and infrastructures, the six artists have developed images and concepts that are far from being exhaustive.

And yet their underlying subjective narratives articulately reveal what a determining influence technology in the 21st century has on geopolitics and which (emotional) reactions this can trigger. They address, among others, affective experiences with navigation systems (Pedro Barateiro, Bahar Noorizadeh), they concern the sensory perception of cables, antennas and computers (Emma Charles, Geocinema, Wolfgang Tillmans) and thus point to the future in a likewise conceptional and sceptical manner (Geocinema, Tekla Aslanishvili).