Ann Hirsch is part of a young generation of artists using the Internet and social media as platforms to investigate representations of gender and sexuality in popular culture. List Projects: Ann Hirsch features three bodies of work (the artist’s self-described “greatest hits”): The Scandalishious Project (2008–09), Here for You (Or My Brief Love Affair with Frank Maresca) (2010), and Twelve (2013).

The monitor installation The Scandalishious Project (2008–09) is based on Hirsch’s YouTube character Caroline. Over two years, the artist posted more than 100 videos on Caroline’s channel and gathered a cult following with the now-familiar share of ardent fans and abusive haters.

Her project was geared towards creating a persona that would undermine prevalent stereotypes of young women on the web by combining tropes of the geek with glasses, the needy oversharer, and the provocative dancer. The video projection Here for You (Or My Brief Love Affair with Frank Maresca) (2010) is derived from Hirsch’s 2010 stint on a reality television show as one of fifteen women competing to date the male protagonist. 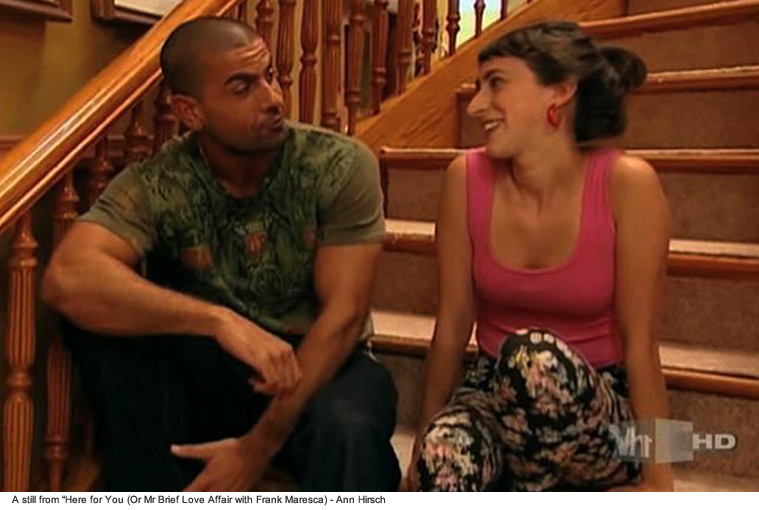 She initially appeared as a wide-eyed ingénue, but after several episodes strategically exploded her assigned role by performing an explicit rap song that resulted in her getting kicked off the show. “My goal as a contestant on the show,” Hirsch explains, “was to disrupt…power by taking back control of the character that the producers had tried to fit me into.”

Twelve (2013) is based on Hirsch’s adolescent experience in a mid-1990s chat room. The interactive iPad application narrates a twelve-year-old girl’s online relationship with a much older man. Astutely conveying the manipulative interactions between the child and the adult, Hirsch also captures the girl’s curiosity and excitement coupled with shame and fear.

The artist charts online culture’s coexistent thrills and dangers by mirroring clichéd or sexist imagery rather than crossing over into outright parody. Although the Internet has intensified misogyny and harassment, Hirsch argues that it has also “provided us with the medium to fight back.” 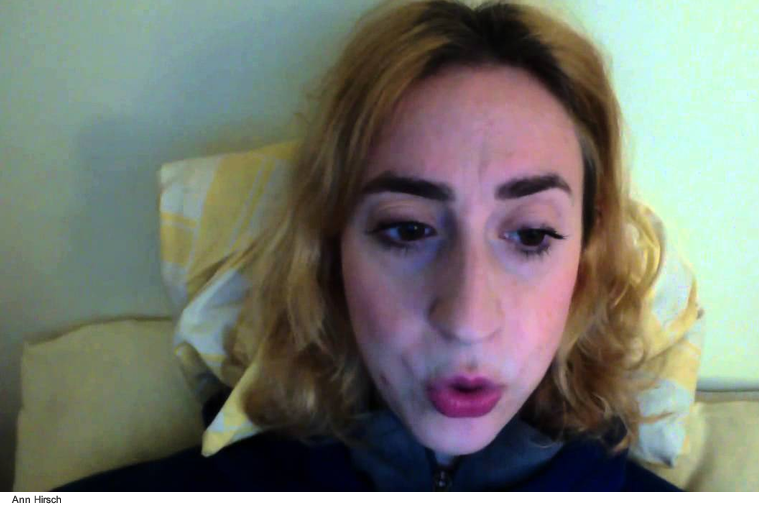 Ann Hirsch (b. 1985, Baltimore) lives and works in Los Angeles. Recent exhibitions and performances include MOCA, Los Angeles; Performa, New York; Goldsmith’s College for South London Gallery, London; and the New Museum, New York. Hirsch was awarded a 2012–13 commission for her two-person play Playground, which debuted at the New Museum as part of the Rhizome Commissions program and was recently awarded a 2014 WaveFarm Media Arts grant to continue producing this show.