Joana Hadjithomas and Khalil Joreige: I Must First Apologize…

I Must First Apologize… is the culmination of a major project by Joana Hadjithomas and Khalil Joreige, an exhibit featuring an extensive body of work in film, sculpture, photography, and installation looking at the history of online spam and scamming. The artists have collected and archived more than 4,000 scams, a certain kind of spam email since 1999.

Written in the first person and structured like monologues, the scam messages often usurp famous individuals’ identities, with the writers posing as the children or wives of politicians, or as notorious dictators claiming to possess a large sum of money they need to transfer urgently. These scams are based on a plausible reality, rooted in news or real events, often referring to present-time conflicts and with the aim to exploit people’s gullibility.

Founded on historical confidence tricks such as The Jerusalem Letter, which dates back to the eighteenth century, these frauds have been surprisingly efficient; thousands of people are conned every year, with tragic results. Collectively these email scams delineate a map of recent geopolitical conflict, social unrest, and economic upheaval. The exhibition charts a kind of narrative itinerary ranging from various works that present intimate correspondence between scammers and victims, and several video works that feature real or fictional protagonists of scams. 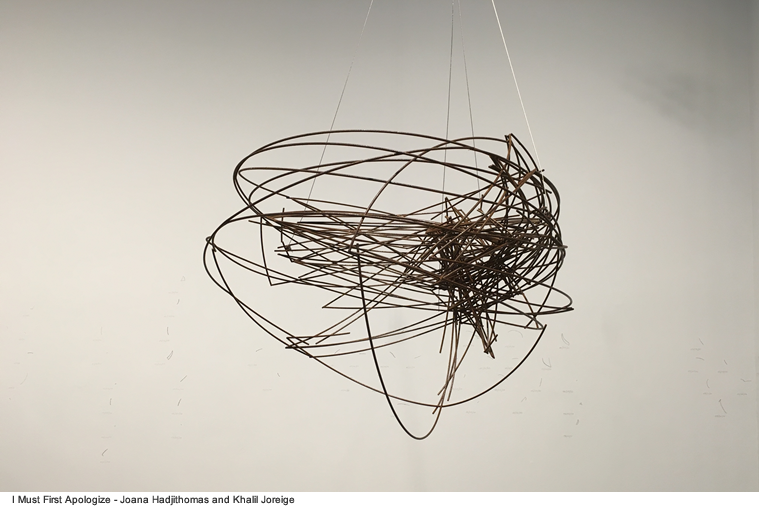 Among the works in the exhibition, The Rumor of the World, 2014, is an immersive environment where non-professional actors of various backgrounds recite email scams and stories directly to the viewer from 13 video screens and over 37 loudspeakers. Their chorus of voices evokes the saturation of the online world while blurring the distinction between truth and fiction. Geometry of Space, 2014, is a series of sculptures and drawings that track the virtual network and geographic circulation of hundreds of scam emails creating an alternative history of the contemporary world.

The Trophy Room, 2014, highlights the intimate correspondence between scammers and so-called scam-baiters, whose objective is to scam the scammers themselves, by tricking them into performing bizarre and humiliating acts. The resulting collection of “trophies” (videos, photographs, paintings, sculptures, performances) fades the distinction between victim and scammer.The multi-channel video installation, It’s all Real, 2014 gives a voice to some of the non-professional actors appearing in The Rumor of the World.  Most of them are immigrants, whose personal accounts reflect the tales of economic woe and exile, often appearing as incredible as those described in the scams.

I Must First Apologize… acts as a narrative itinerary and a cinematographic exhibition. Throughout this body of work, Hadjithomas and Joreige probe into the structures of belief and storytelling. They unfold a complex set of relationships marked by intimacy, trust, faith, greed, and desire, all in relation to the internet and technology. 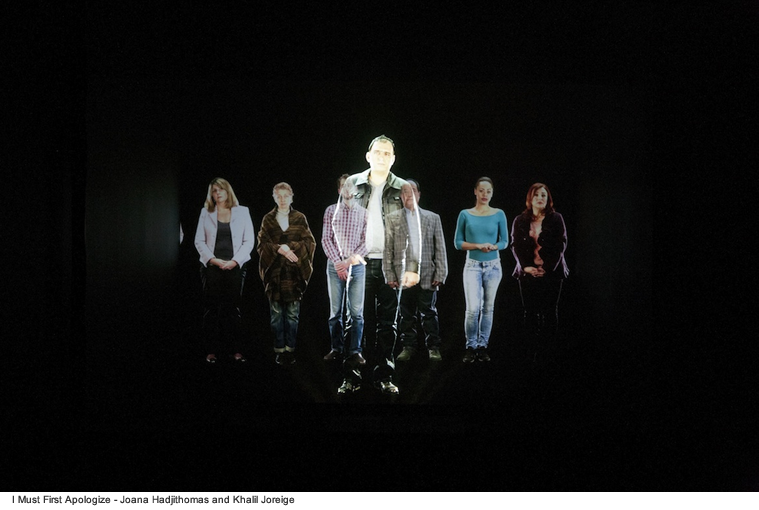 Joana Hadjithomas and Khalil Joreige (both b. 1969, Beirut, Lebanon) live and work in Beirut and Paris. They have collaborated as filmmakers and artists since 1997. They have made award-winning films such as A Perfect Day, Je VeuxVoir (I Want to See), and The Lebanese Rocket Society, which have been shown all over the world. Their photographs and installations have been exhibited in solo and group exhibitions at Centre Pompidou, Paris; Muséed’ArtModerne de la Ville de Paris; Victoria & Albert Museum, London; San Francisco Museum of Modern Art; the New Museum, New York; and Solomon R. Guggenheim Museum, New York; as well as numerous biennal exhibitions, including the Venice Biennale in 2015.

Joana Hadjithomas and Khalil Joreige: I Must First Apologize… is organized in collaboration with Villa Arson, Nice, France; and HOME, Manchester, UK; and is curated by ÉricMangion for Nice, Omar Kholeif and Sarah Perks for Manchester, and Henriette Huldisch, Curator, MIT List Visual Arts Center, for Cambridge, MA. 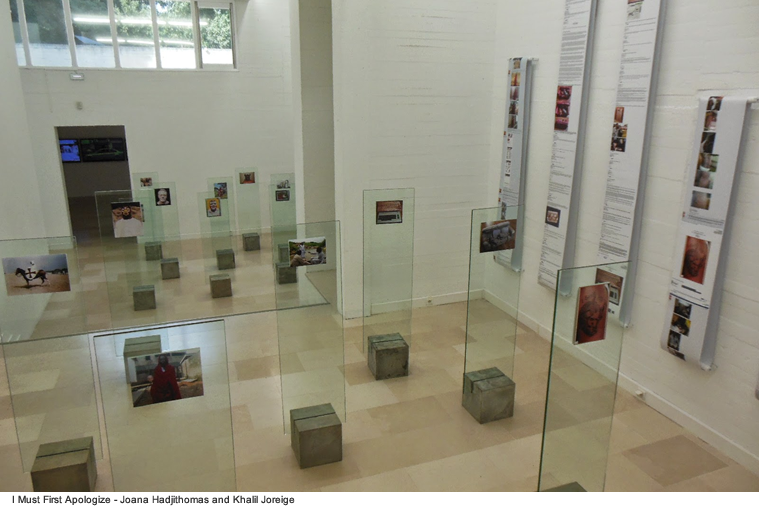 Support for this exhibition has been generously provided by the MIT School of Architecture + Planning, John Makhoul, and the Cultural Service of the French Consulate in Boston, with additional support from the Council for the Arts at MIT, the Office of the Associate Provost at MIT, Terry & Rick Stone, the MIT List Visual Arts Center Advisory Committee, the Massachusetts Cultural Council, and many generous individual donors. Special thanks to CRG Gallery, New York.