“Species and Beyond”: undoing the anthropocentric vision at KIKK festival 2018

In Bateliers Garden trees were resonating of a dull sound. Looking up along the trunks, you could notice a series of mechanical birds, pecking insistently at the wood with their sharp metal beaks. Further down the road – a corner, two streets, and one crossing away, some big red membrane was adhering on four windows of a glass curtain building. Whenever the wind was blowing, these lungs-like patches were inflating and deflating as uncanny diaphragms under your eyes.

Those were just two of the fascinating artworks one could find wandering across 20 venues in the centre of Namur – a tiny city in the south of Belgium – during the last edition of KIKK festival of digital and creative cultures, from 1st to 4th of November. First one is called The Woodpeckers, and it’s an installation by Italian artist Marco Barotti translating invisible radiation from wireless signals and mobile devices all around us into audible drumming patterns generated by animal-shaped mechanisms; the second is Avion/2, a creation by Czech multi-media artist Magdalena Jetelova intended to give an organic life to the future Maison de la Culture. Together with the other installations spread all around Namur typical urban landscape, they made tourists forget about the ancient Citadel on the opposite side of the river.

Comprehensively distributed along an itinerary called KIKK in Town, “hotspots” included also two historical churches: the Reinassance Église Notre-Dame D’Harscamp with the powerful choir installation SMing, by the hybrid studio Superbe – where a software converted visitor’s voices into a full choir to make people experience a vibrational and harmonical fragmentation of the self – and the baroque Saint-Aubain Cathedral with the responsive runway by Cantoni, Crescenti, Kogan, a mirror interface able to change the configuration of the space as people walked on it.

Similarly, the École Saint Marie hosted some playful immersive installations reflecting on humans sharing senses with nature and tech – be the timid bioluminescent flowers by Miranda Moss and the chatting Phonofolia plants reacting differently to human presence, or the intuitive origami trees born from a collaboration between Interactive Architecture Lab and Bas Overvelde from the Soft Robotic Matter Group. Following KIKK in Town, one could discover also another premiere in Belgium: 7 AR en plein air artworks that were adding city architectures a new level of meaning simply by scanning a QR code with the smartphone.

In one of the main exhibition venues, the Galerie du Beffroi, visitors were given the chance to face other interesting pieces: a 3D printed life-size DNA portrait by Heather Dewey-Hagborg, and Claire Malrieux Climat Général self-generative animation, just to give two examples. They could also interact with poetic installations like Tele-present wind, by David Bowen: a series of dried plant stalk connected by mechanical devices to an accelerometer positioned outside the Établissement des Soeurs Notre-Dame; as the wind was blowing in the courtyard, plants were swaying in the inside.

Nevertheless, artworks were not the only thing one could visit during the KIKK festival. Not far from the Théâtre there was the so-called Market: a big cover space where Belgian and international makers were presenting and selling their digital projects to the public overall the four days of festival. Here it was possible to make unexpected things like creating 3D snails, flying over stunning mountains with a virtual paraglider, riding a connected electric bike or assembling a mini night light.

With such apparate of exhibitions, workshops, talks, and the Market, KIKK festival confirmed itself as the main digital cultures event in Belgium, attracting visitors from over 50 different countries. Actually, its origins date back in 2011 when it was founded by Gilles Bazelaire and Gaetan Libertiaux aiming at replicating in their own country the amazing digital art festivals they were seeing traveling around Europe. The first edition of KIKK consisted of a single conference room and a few workshops built around a specific theme, a characteristic it preserves still today while becoming more and more international and varied. 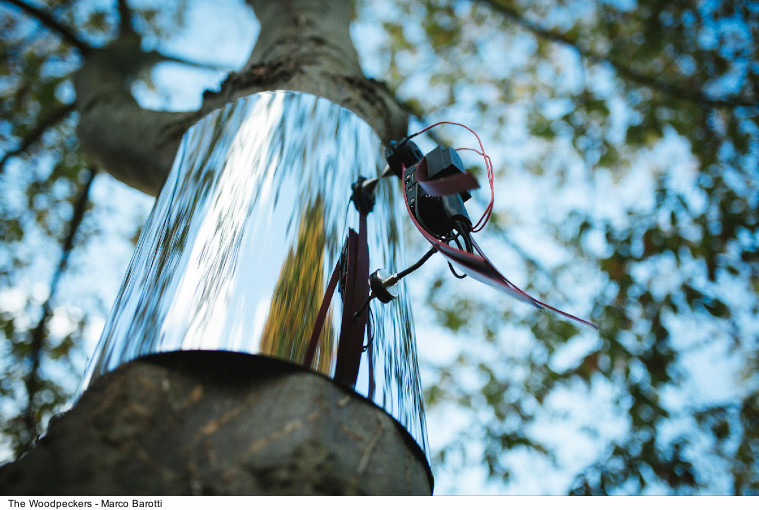 A big boost was Marie du Chastel joining the team in the following year: “Gilles is also the director of Dog Studio, a digital agency, and Gaetan is an artist working with new technologies, and it was basically their two kinds of experiences and feelings that created KIKK as a big mix of a lot of different subjects intertwined together” she told me when we had the chance to talk right after my arrival in Namur.

“I joined them in 2012 and I think our three personalities made the festival as it is today, ’cause if you look at other events on creative culture or digital arts quite often there’s no that mix of design, but also interactive design, architecture, art, scientific research, and I think this reflects who are the people behind it, coming from very different backgrounds, from very different interests, and it all comes together in this event.”

Started as a national festival – but already international in terms of the curation – KIKK has evolved into a bigger resonance event. Year after year, it has become more and more structured, configuring itself as an open and collaborative environment always trying to envision future challenges with a cross-disciplinary approach. Through Next Utopia, Invisible Narratives and Interferences, it attained its 8th edition themed Species and Beyond marking a shift in the traditional anthropocentric vision of the world. Taking into account contemporary Posthuman tendencies and the attempt of philosophers and artists to undo the dominant position of human beings, the festival intended to explore our symbiotic relationship with the other living and non-living matter in a world affected by climate change and all it implies for all of us. 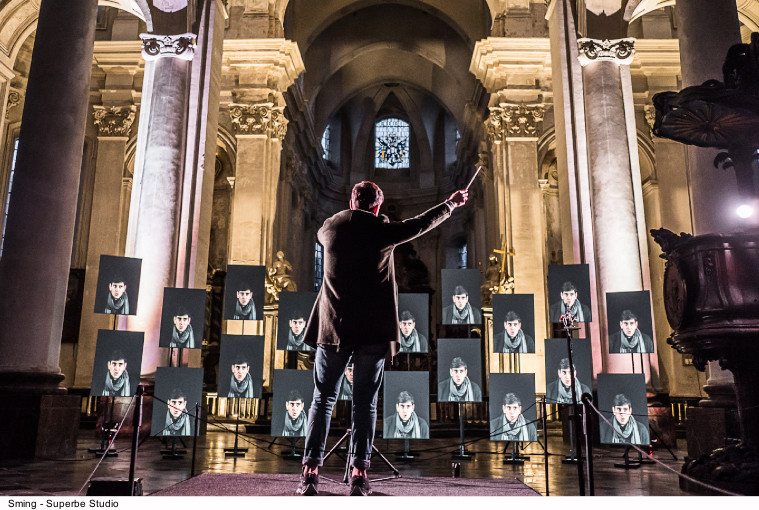 It has been questioned what could happen if we tried to look at the world and life from other perspectives: that of animals, plants, bacteria, and minerals. As a whole, the 8th festival has presented projects and researches at the border between art and science, trying to enlight the mutual interdependence between nature and technology in many different ways: sometimes by offering solutions, sometimes just by showing what goes wrong or the hidden stories that lie behind this development of new technologies.

The works on view featured a huge mix of media: there were sound and light installations, science projects, designs and architectures; interaction has been playing a pivotal role questioning and covering a lot of different aspects of the non-Anthropocentric issue. This variety mirrors another characteristic of the festival, which is highly focused on interdisciplinarity. In putting together different fields along the fil rouge of the impact of technology on culture, the declared goal is to attract different kind of public: from professionals of cultural industries and creatives to architects, students, communication agencies and digital experts.

According to this model of knowledge with no boundaries, one of the most interesting aspects of the festival was undoubtedly the conferences, that have brought together speakers among the most insightful of their time from different cultural fields. “This is also a festival about discovery, and basically its aim is to attract some people with one type of content and to make them learn something else. For example we attract a designer with a famous designer who’s giving a talk, and then he will go to listen to a sound artist and will discover a new creative field and get inspired by some new stuff. 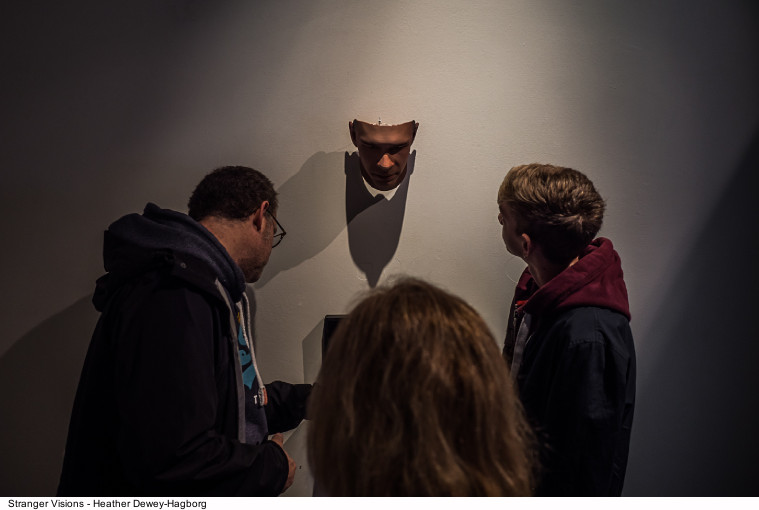 So the idea is really not to have only famous names but to have interesting people that will be able to discover each other, and that’s why the content is so much varied. What we want to do is to open horizons and broad peoples mind and knowledge about what’s happening in the world right now and how these different fields are connecting together. Conference rooms have no specific subject because the idea is that visitors go there without really knowing what they will see. I think this is important as well because otherwise you only see what you already know and you don’t discover much new.”

This is why the 8th edition hosted personalities like Paola Antonelli giving some insights into the upcoming Broken Nature Triennale in Milan, alongside New York Times creative director Graham McDonnel explaining how to put “the story” into storytelling and how to manage digital and immersive contents. Speakers like Constant Dullaart or DISNOVATION.ORG explored an impressive range of topics, spanning from machine learning to biotextile, and from data visualization to genetic modifications.

In the first two days of festival designer Dominic Wilcox discussed the relationship between craft and technology while Fernando Ramirez gave some advice about branding for the game industries, but not before researcher and performer Francois Joseph Laporte explained how humans are strangers to themselves, showing how bacteria that inhabits us could change along different situation in a constant exchange with the other. No surprise if all conference rooms were always quite full, and the festival in general was joined by 20.000 visitors from all around the world. It is partly certainly due to the urgency of such topics in a Trump and US post-Paris Agreement era, with all these concerns about the environment, Anthropocene, etc. 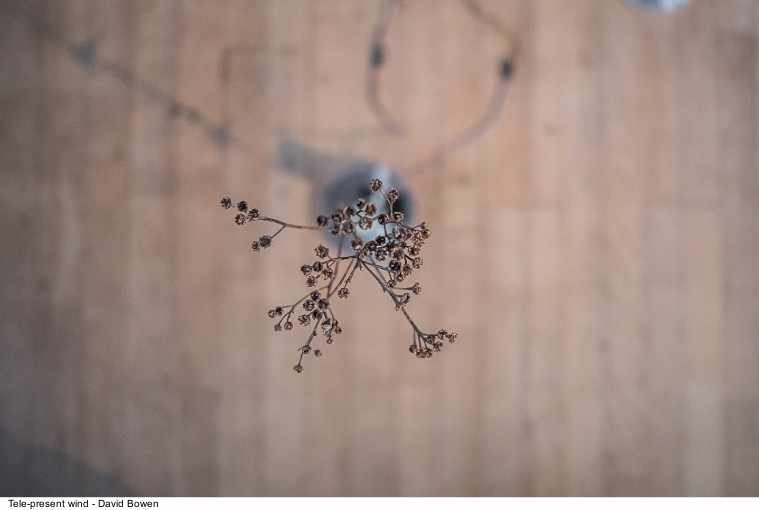 Because, to put it again in Marie words: “It’s the exploration of the world, here and now. When people talk about technology they’re always about the future but is not so much about the future, we are not talking about what we will do in 20 years, we are talking about what we have now in terms of design and technology, and how these fields are connected. What can we do now so that it doesn’t go wrong in the future?”