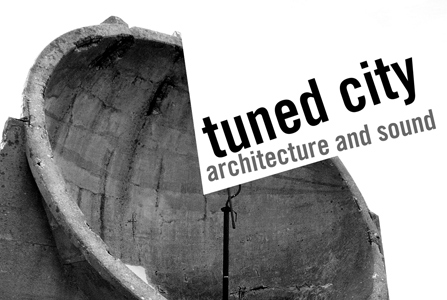 Tuned City – Between sound and space speculation is an exhibition and conference project planned for July 01.-05. 2008 in Berlin which proposes a new evaluation of architectural spaces from the perspective of the acoustic. Over five days, the symposium will approach the topic from five different theoretical and spatial perspectives.

The chosen venues – spaces built for the production or reception of sound, acoustically flawed or impossible spaces, public and semi-public urban spaces, finished and planned spaces, wasteland or cultivated spaces, indoor and outdoor locations – each serve to illustrate the topics of that day, and offer a mixture of lectures, artistic presentation, performances and examples of working architectural practice. 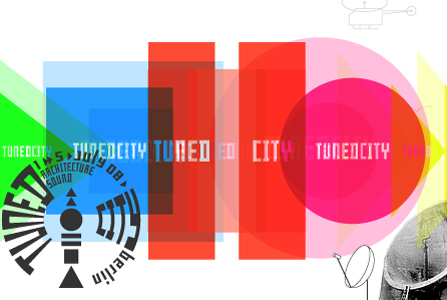 keynote Tuned City
day 1 / 8pm / Pfefferberg Haus 13
Dr. Barry Blesser
Dr. Barry Blesser is considered one of the grandfathers of the digital audio revolution. He invented and developed the first commercial digital reverberation system, the EMT-250 in 1976, helped start Lexicon in 1971, published the landmark paper, “Digital Processing of Audio Signals” in 1978, co-chaired the 1st International Conference on Digital Audio in 1980, and was an adviser to the US Justice Department on the Watergate Tapes in 1974. Dr. Blesser was President of the Audio Engineering Society in 1980.

The AES awarded him their Silver, Bronze, and Governors Medals, both Publication Awards, and made him an AES Fellow. He has been on the AES editorial review board since 1975, and currently serves as its Consulting Technical Editor. Dr. Blesser has published numerous papers in professional journals and has been awarded many patents on audio and signal process. Most recently, MIT Press published his first book (together with Linda- Ruth Salter): “Spaces Speak, Are You Listening? Experiencing Aural Architecture”, which has provoked a latent interest in sound and acoustics worldwide. installation

Mark Bain: BUG
Tuned City day 2 / block 2 / 5pm / Brunnenstrasse 9
The project Brunnenstrasse is a complete new planning for two invest ruins of Berlin’s 90ies. Brandlhuber’s construction is using the already built basement and places a 5-floor, very light and transparent concrete building in-between two old typical Berlin fire division walls. This building is going to house a gallery and Brandlhuber’s own studio. Mark Bain is involved in the construction process from the beginning on in order to develop a work which will turn the whole building in a sound installation. He is going to implement a system of geodata and seismic sensors in the infrastructure of the building as well as in the concrete as the building is raised.

These hyper-sensitive instruments will caputere all mechanic and acoustic micro sensations happening in and around the building, like the wind passing by the fassade, foot steps on the stairs, raindrops on the roof, termic material expansion, etc. – all this raw material will be used for a permanent, generative composition, played back in the long tunnel, connecting the street with the backyard. This public tunnel – typical Berlin “Tordurchfahrt” – is itself an acoustictly very interesting place, as it is cutting and filtering the street noise. Certain materials are going to be used to work on these effects in combination and interaction with the playback of the house composition. Additionally, in every room of the building will be next to the light switch a headphone jack – so that later inhabitants (or visitors of the gallery) can tune in and listen to the building.

Kinetic (Architectural) Modelbuilding
Ralf Schreiber and Martin Kuentz
1 july – 4 july 2008
This four day workshop aims to create architectural models of of urban structures which can be sonically activated using small motors taken from cassette tape players. Each workshop participant can (alone or in groups) develop and build these “sounding (architectural) models”. The models can be tuned according to sound criteria and arranged and linked according to their function for a collective presentation on Saturday 5 July.

Hearing Berlin: 12 Approaches
Chris Watson
1 july – 5 july 2008
Christopher Richard Watson was a founding member of the influential Sheffield-based experimental music group Cabaret Voltaire in 1971. His sound recording career began in 1981 when he joined Tyne Tees Television. Chris Watson has a particular and passionate interest in recording the wildlife sounds of animals, habitats and atmospheres from around the world. As a freelance recordist for film, TV and radio Chris Watson specialises in natural history and documentary location sound together with track assembly and sound design in post production.