Rave culture from the 1980s and 1990s was Europe’s last big youth movement. During this period of radical social and political change, rave, in its various guises, reverberated around the continent from its epicentre of Great Britain, Belgium and Germany.

As a movement, it enacted a desire to be autonomous, with a belief in tolerance and experimental living, all built around the latent energy of electronic music. As a music-based culture, it embraced self-practice, invention and unbridled creativity, arguably leading to the densest period in history for the diversification of music. Energy Flash – The Rave Movement is the first museum exhibition for considering rave, as well as the social, political, economic and technological conditions that led to the advent of rave as an alternative movement across Europe. It looks at the ideologies as well as the aesthetics of rave, along with its effects on wider culture.

For many who felt failed by the bind between the market and the state, raves opened up a third kind of space, which formed its own logic based on the collective. Regularly drawing many thousands of participants, raves themselves have been theorised as “temporary autonomous zones”—spontaneously organised concentrations of people and musical energy that eluded formal structures of control. Though embodying both dystopian and utopian impulses, raves possessed some extraordinary qualities, transgressing such social factors as race and class. 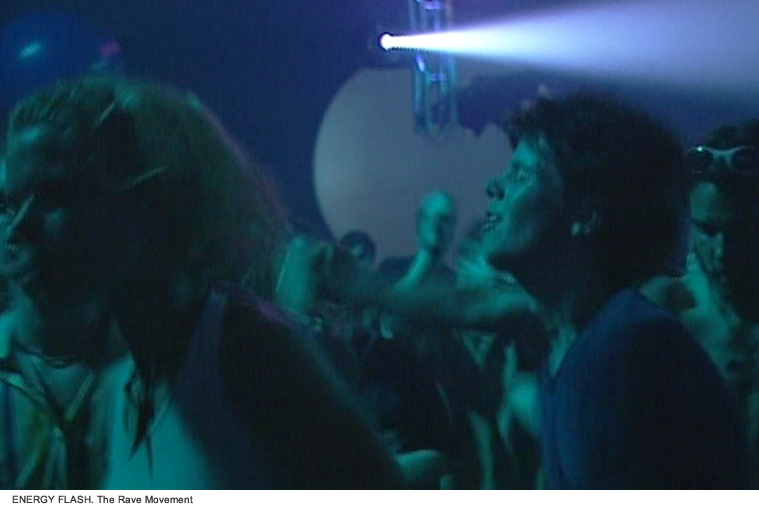 Utilising the emergent technologies of the day, the music itself possessed a distinct new aesthetic that redrew the boundaries of music. Each locale developed its own rave culture, evolving countless forms of acid house, techno, hardcore, jungle and beyond. In a situation of moral panic, governments in Western Europe legislated to criminalise rave culture from the mid-1990s onwards. Energy Flash looks at rave as a highly politicised phenomenon, and seeks to consider it through the notions of autonomy, civil liberty, technology and creativity. As an interdisciplinary project, it will display the works of numerous visual artists in dialogue with many artefacts from the fields of design, music and fashion, along with items selected from various personal archives, television documentary, literature and criminal legislature.

In bringing together this diversity of material, this exhibition will seek to argue that rave culture was inhibited due to its ambiguous place outside of neoliberal ideology, existing largely autonomous of both market and state forces. This condition of autonomy makes rave a key case study for those wanting to imagine alternative forms of infrastructure for art and culture. 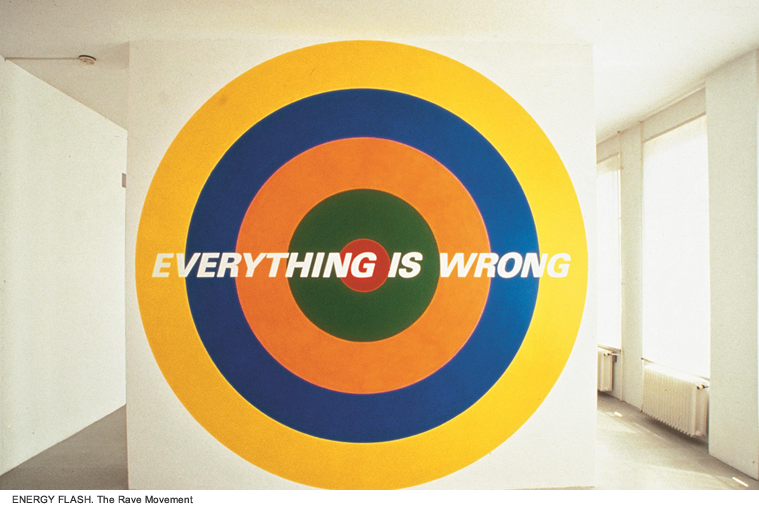