Shadow Soundings, the new international commission for MAAT’s Oval Gallery, is an immersive sound and video installation by American artist Bill Fontana, which was created from the sounds and vibrations of the 25th of April Bridge and the Tagus River.

In this installation, especially created for Lisbon, the artist captures the sonority of the bridge and surrounding areas – so familiar to the city’s residents – and amplifies them until they acquire a musical quality.

Bill Fontana is renowned worldwide as a pioneer in artistic experimentation with sound. Fontana is an artist who “captures the sound of things”, as he likes to say. His vast career as a sound artist includes solo exhibitions at the Whitney Museum of American Art, the San Francisco Museum of Modern Art, the Art Gallery of NSE in Sydney, among many others. 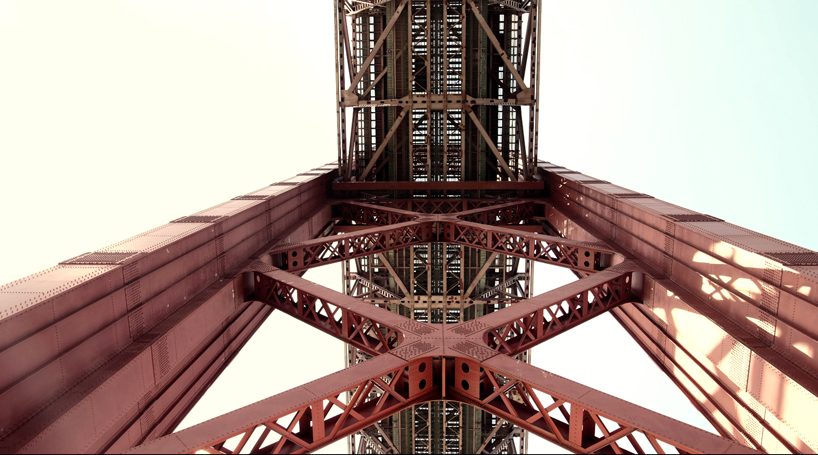 Known for his large-scale sound installations, Fontana has created site-specific works such as Harmonic Bridge, which he presented in 2006 at Tate Modern, in London. In Lisbon, and for the first time, the artist couples a dynamic sound dimension with a livestreaming video component.

Using seven projections, the installation shows unique views of the bridge and the Tagus river, as well as unknown angles of the shadows of vehicles moving across the bridge. As the artist explains, it was from these “moving shadows that produce the iconic ‘singing’ sound of the bridge” that the title Shadow Soundings emerged.