Katie Paterson, the thirteenth artist in the UMFA‘s salt series of contemporary art, expands our sense of reality beyond the purely visible. Her artworks explore space and time, often using technology to bring together the commonplace and the cosmic. Her work has been concerned with notions of micro and macro, collapsing distances, time-cycles and timescales, and relations between geological time and human time.

Paterson’s practice involves deep collaboration with biochemists, engineers, and astrophysicists but ultimately looks beyond the framework of mathematics and language to describe the unseeable, to communicate the unfathomable, and to imagine the unknown.

She enlists the familiar aesthetics and accessible languages of modern, if not old-fashioned, technology such as radio waves, candles, pianos, and disco balls to translate the seemingly incomprehensible into relatable concepts. By transporting us hundreds of years through human history or millions of miles through space, her artworks underscore our connectivity to the universe. 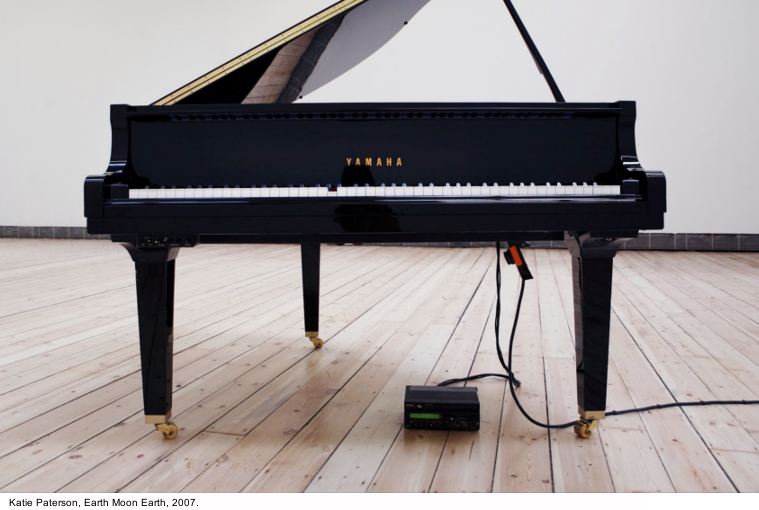 The literal centerpiece of Paterson’s salt 13 show is Totality (2016), a large, rotating ball covered with approximately 10,000 images of historic solar eclipses printed on tiny squares of mirror. The images, recorded by mankind at locations across the planet, span hundreds of years from drawings made in the eighteenth century to early photographs taken in the nineteenth century to the most advanced telescopic images generated today.

Paterson’s other works on view, Ideas (2014–ongoing), are concise phrases that take shape in the imagination of whoever reads them. They may or may not come into physical existence but can exist as small, silver wall-based word sculptures—which is how they’re rendered in the salt exhibition—or as fully executed artworks enacting the Idea.

This semi-poetic language is crucial to Paterson’s practice: every work she creates begins as an Idea. Ideas describe works that exist, that are yet to exist, or that may only ever exist in the imagination. Two more of Paterson’s Ideas—Candle (from Earth into a Black Hole) (2015) and Earth-Moon-Earth (Moonlight Sonata Reflected from the Surface of the Moon)(2007)—can be experienced at a one-day-only event, The Scent and Sound of Space, from 10 am to 10 pm on Saturday, February 17, 2018. 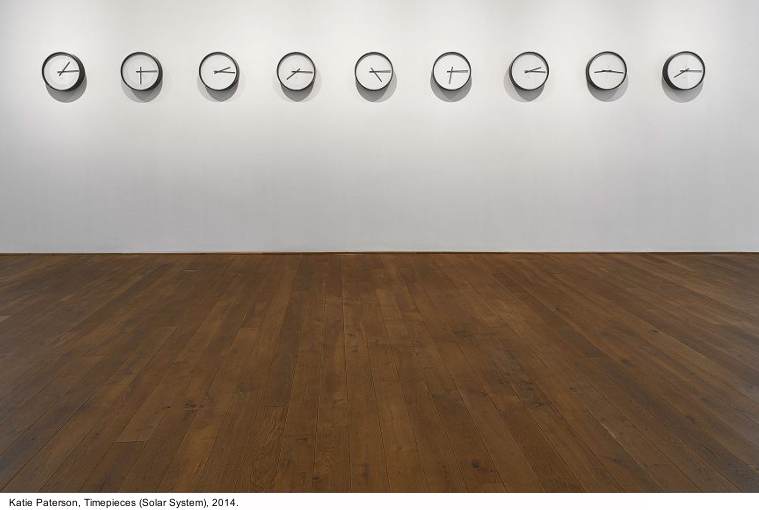 Candle burns down over twelve hours and creates a journey through space via scent: each layer of the candle contains a unique perfume that corresponds to the real and projected biochemistry of places throughout the universe, progressing as if taking off from Earth, traveling to the moon, the sun, Mars, Jupiter, and, via the stars, into a vacuum.

Earth-Moon-Earth is a performance of Beethoven’s Moonlight Sonata as mediated by the moon. The music was translated into Morse code and bounced off the moon via Earth Moon Earth (E.M.E.) radio transmission. As is typical with E.M.E. messages, part of the information was lost, absorbed, or refracted elsewhere by the moon’s craterous surface.

The received message was translated back into a new musical score that interprets the gaps and absences as intervals and rests. A pianist will perform the score as part of the event. salt is an ongoing program of exhibitions showcases the work of emerging artists from around the world. 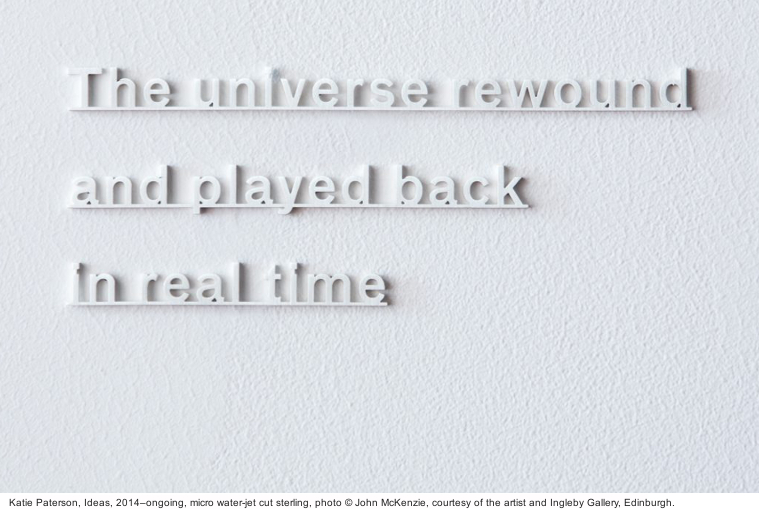 Salt aims to reflect the impact of contemporary art, forging connections to the global and bringing new and diverse artwork to the city that inspired the program’s name.The salt series is made possible by the Andy Warhol Foundation for the Visual Arts.