Love in a Dying World

Love in a Dying World is a hybrid between a music video, an art film and a video art piece that has been created by a visual artist Samantha Stella during her trip to California in the company of a musician and songwriter Nero Kane. The film consists of 10 pieces-chapters and follows the structure of the album Love in a Dying World, which came out on vinyl on November 30, 2018 (here is the first chapter of the film called Black Crows: https://www.youtube.com/watch?v=gvQqjkuq-5k).

The film has been presented on various occasions, and three of the chapters have been selected for the album’s promotion in the music field. Recently it has been presented in Marca, the museum of Catanzaro, at the Il Pomo da Damo gallery in Imola and at Macro Asilo in Rome. On December 4, 2018 at 18.30 the film will be presented in Genoa at the Spazio46 in Palazzo Ducale, during the talk with the journalist Bettina Bush on the occasion of “Un’ora d’arte” curated by Virginia Monteverde.

Samantha Stella, a visual artist, performer, set & costume designer, art director for art and fashion events and musician, is part of the artistic duo Corpicrudi. The artist’s works are often body-centric. For the poetics of Love in a Dying World the body is an essential element, even though, as the artist herself claims, in the context of a deserted, almost post-apocalyptic Californian landscapes the body is more of an object than a protagonist. The body is situated on the same level with other artefacts, objects-symbols and images; the body is part of a landscape, alienating, uninhabited and enchanting for that reason. 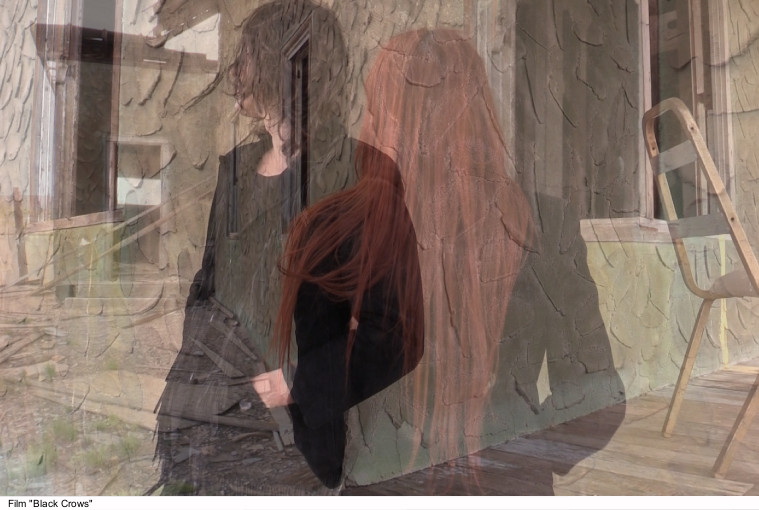 From this point of view one might say that the story told by Samantha Stella, even though it is a love story, is somehow not anthropocentric at all. A symbiotic coexistence of a human being and the surroundings in which the surroundings dominate is what makes this work so original, especially in a time in which we live in a complete negligence towards what’s around us, a time in which we’ve unlearnt coexistence and substituted it with uncontrolled consumption.

In Samantha Stella’s work bodies, objects and landscapes are situated into a chronotopic dimension that is extraordinary, imaginative and fantastical (or even sci-fi). Probably for me this characteristic represents one of the most significant merits of this rich and generous assemblage of music, images and sensations. The space that has been created by the artist could be described by a quote from one of Italo Calvino’s novels: “…a world in which the human race has disappeared and things can do nothing but bespeak its absence”.

The world we find ourselves immersed in is a world that is about to disappear, which, however, contains numerous symbolic references to human beings, their emotions, lives and stories. In this context the photos, the carousel, the Bible, the box as well as other memorabilia become artefacts, the finds of an archeological excavation in an era that is meant to go extinct. 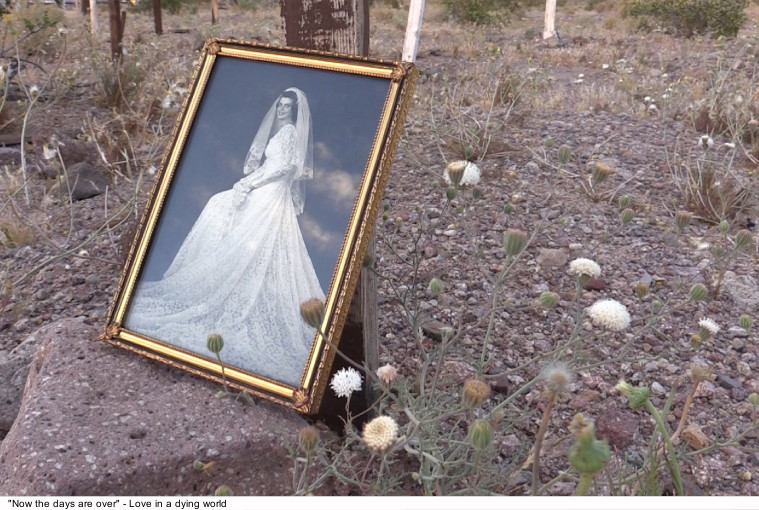 We all know that the spatial construction of a text is interrelated with the time dimension. So, what is the time like in Love in the Dying World? It is non-linear, interrupted, cyclic, elusive. The artist creates an atmosphere of timelessness, but at the same time that vacuum we find ourselves in has its own time which functions according to the internal logic of the space. The narration/non-narration moves in a form of a spiral. Places and objects are being revisited, but they are never exactly the same. In a subtle way the author introduces an idea of continuous change and of a dreamlike return/non-return. 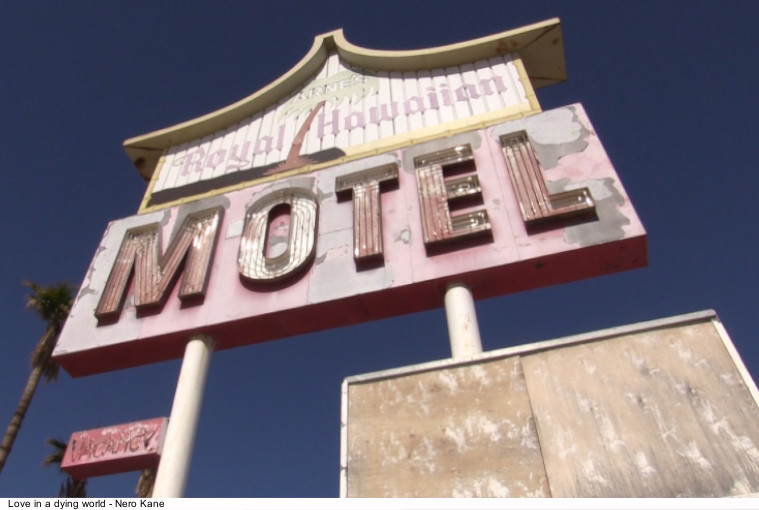 The film is a representation of reality, however, it is not its direct reflection: the film itself constitutes a part of empiric reality. This work is both a hermetic space with its own rules and a subtle expression of the zeitgeist. The imagery, rich and full of meaning, does not impose itself, it proposes. Based on the poetics of fragmentism and almost postmodern, Love in a Dying World leaves a lot of space for interpretation on the part of a spectator, who is invited to get lost in this “contemporary Far West”.