It’s a matter of responsibility 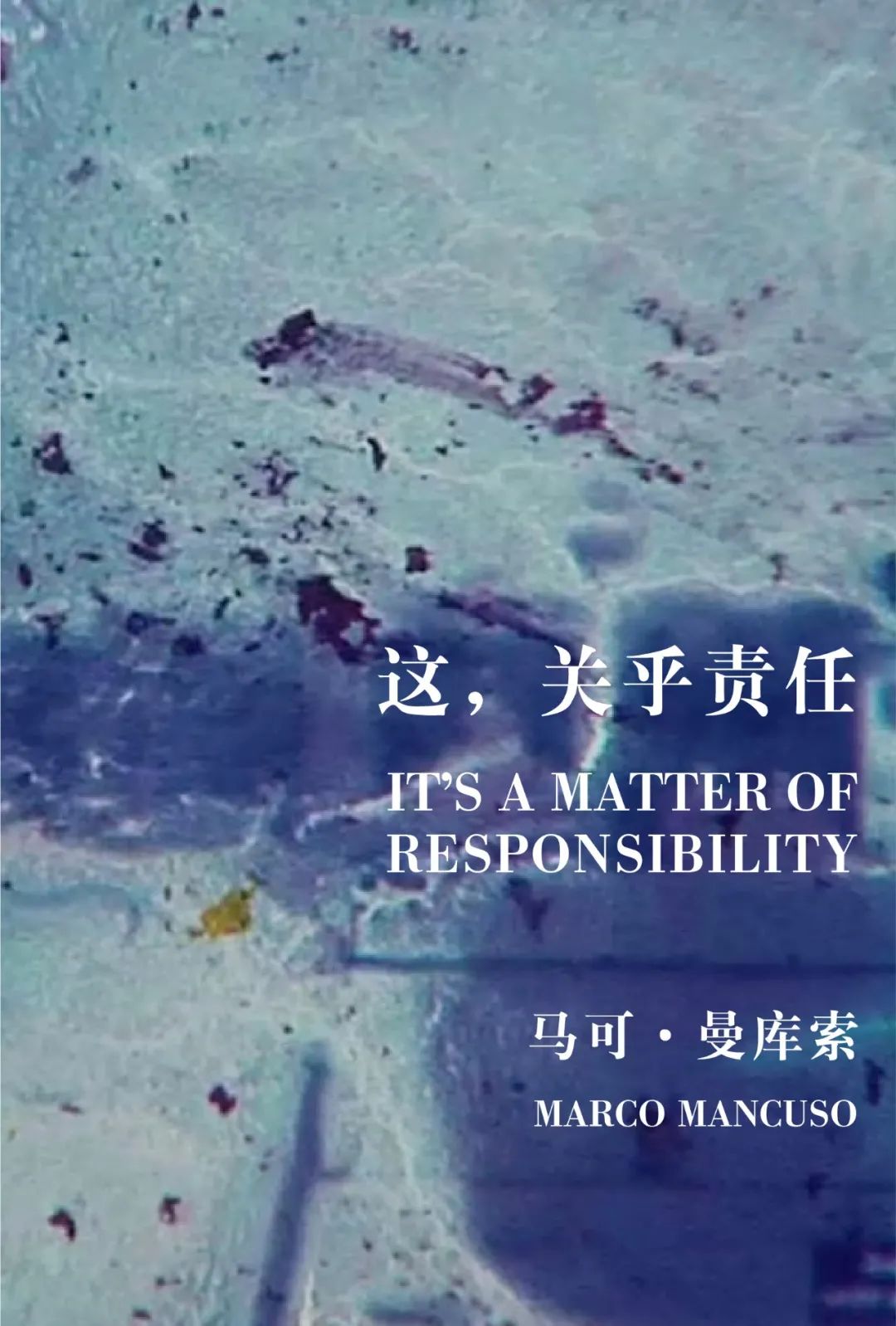 In contemporary society, the impact that technological progress and scientific research exert on our life is evident and unequivocal. The effects brought about by these new phenomena will undoubtedly play a pivotal role in shaping our next future, both in positive and negative terms. Nowadays, we are witnessing the fast spread of innovative elements such as prosthesis, wearables devices and ingestible sensors; an unprecedented progress in the field of artificial intelligence (AI) research and neuroscience; the emergence of innovative perspectives and opportunities brought about by biotechnology and genetic advancement. On the one hand, these innovations will enable us to enhance the quality of our lives, while providing us with the possibility to get more access to medical and physical cure. However, on the other hand, they will lay the ground for the emergence of new forms and visions of the body, which will be gradually more controlled and monitored thanks to the innovative technologies provided by biometric monitoring practices (biosensing), biological recognition (photofitting) and advanced computation (body detection).

These technological innovations will inevitably generate new cultural, social, and political processes that we are already witnessing nowadays and that will shape our future. Human beings will be closely connected to technology and their life will be constantly influenced by it: new and unpredictable forms to relate to the surrounding context (both in terms of natural as well as technological and relational environment) are likely to emerge. The “new bodies” originating from these unprecedented transformations will be increasingly more mapped and codified: they will be enhanced in terms of physical and relational capabilities, and they will be able to develop new expressive and identity codes which both contemporary art and design are exploring with increasing interest.

The presence and the impact of technology on our life and on human beings in general is one of the main subjects of research and reflection for visual art and design at least since the First Industrial Revolution. Between the end of the 20th century and the first two decades of the 21st century, an increasing awareness about the impact of technological advancement on our existence has characterized the artistic research and practice of artists and designers at a global level. I had the chance to delve into recent artists’ artistic experiments, to monitor them throughout their career and to critically analyse their artistic researches thanks to essays, interviews, exhibitions, researches, workshops, seminars and courses and thanks to the activities carried out within the framework of Digicult[1] project, which I founded in 2005 and I direct. My latest book titled Interview with New Media Art: the observatory of Digicult between art, design and digital culture takes inspiration from the publications of Digicult.

Scientific research runs parallel to technological development, shaping a hybrid scenario which cannot be ignored. In my first book titled Art, Technology and Science: Art Industries and New paradigms in the production of Contemporary New Media Art, I analyse the complexity and the stratification process of the experiences related to media lab and community lab and their impact on the creation and on the production of New Media Art. At the same time, subject matters related to the relationship between human beings and their context and to the role of our bodies in relation with the surrounding environment are becoming increasingly important and are arousing the interest of a large community of artists, programmers, thinkers, and philosophers. Especially in the last ten years, the very concept of future has radically changed: future is no longer experienced and conceived as a sci-fi scenario, basically unreal and only feasible in another era. The notion of future nowadays is connected to a temporal element which encompasses the idea of “going beyond” and “transcending” contemporary present. Future is shaped by technologies that are already here and that we already use. On the one hand, these technologies will become more effective and efficient from a functional point of view; on the other hand, they will increasingly get closer and penetrate our bodies, while influencing in an unprecedented and definitive way our essence and our nature as human beings.

Breaking away from theories related to Transhumanism, going beyond some of the limitations connected with the Posthuman tradition and observing the artistic experiences provided by the avant- garde movements of the last century (Dadaism and Futurism first of all, but also body art and performance, as well as some visions of Posthuman art and some initial experiments of BioArt) and the formal researches connected to the Embodied, to the HCI and to the Medical Design, a critical and enlightened thinking system, open to encompass the influence of multi- disciplinary elements (based on the experiences connected to the Bauhaus and on the most recent interpretations of the quantum entanglement about the relationship between nature and culture), speculates that contemporary art and design are the points of intersection from which it is possible to observe to what extent technology and science have an impact on the notion of soma, while shaping a new form of human being, technologically expanded, with the ability to establish new forms of dialogue with the surrounding environment. Artists like Heather Dewey-Hagborg, Sputniko!, Marco Donnarumma, Margherita Pevere, Anouk Wipprecht, Neil Harbisson, Lucy McRae, and also Pleun Van Dijk, Esmay Wageman, Lee Blalock, Natsai Audrey Chieza, Ana Rajcevic, Jun Kamei, Jake Elwes, Zach Blas, Jalila Essaïdi operate to fill the gap (at least in the Western world) between these two disciplinary fields, while creating and producing objects and experiences aimed at exploring languages, processes, aesthetic and forms of dialogue between new bodies, the biosphere, the elements and the species with which we establish new forms and strategies of relationship.

We are living in an era characterized by dramatic and radical changes: we witness human beings’ inability to elaborate new interpretative paradigms to establish a dialogue with nature and with the other living organisms and artificial elements around us. Nowadays humanity seems focused on an increasing attempt to understand the expansion of its own corporality in relation with the ontological dimension of the surrounding environment. In the light of this situation, it might be time to slow down and to start exploring new horizons and new perspectives made of exciting and unprecedented possibilities. In the next year, subjects of research in the field of New Media Art will undoubtedly be connected to the expression of visions, aesthetics, narratives, and practices related to the exploration of these new perspectives and proximities.

New Media Art as a discipline sometimes appears tired and absorbed by the imperatives of the market: at times, it seems that it is losing the initial enthusiasm and the multifaceted character of the artistic experiences in the first decades of its formation. Moreover, it sometimes seems to be disconnected from the subject matters that characterize the contemporary technoscientific debate. However, it is expected that expressive, cultural and productive contexts connected to the great discipline of New Media Art can undertake a new path to activate participative processes to establish a collaboration between scientific labs, institutions, media and citizen labs, while involving also philosophers, exponents of the creative fields, engineers, scientists with the aim to carry out studies and analyses on the relationship between the body and the surrounding context. In other words, it is hoped that  the experiences connected with the notions of open, hacker, maker, DYI and free which emerged in the last 20 years in the cultural and creative fields can be transferred to scientific and biotechnological fields with the aim to raise awareness about new visions and notions of human being in the new millennium which include theories of self- determination of the body, free expression of identity, aesthetic of body fluidity, visions about collective transgender, queer ethic and notions connected to the philosophy of cyborg.

If you think that this framework is too complex, don’t worry: I think that too, or at least I used to think this way to the point that I decided to undertake a PhD research about these topics which I will complete at the beginning of 2022. The space of this article doesn’t allow further in depth- analysis, however you know where to find me if you would like to further explore these subjects matter. At the end of the day, this is a matter of responsibility, both personal and collective.

[1] Established in 2005, Digicult (http://www.digicult.it)  is one of the main international platforms investigating the impact of digital technologies and applied sciences on art, design and contemporary culture. Digicult is an independent editorial project that reaches more than 100,000 online users on a monthly basis. Based on a wide Network of professionals, cultural operators and institutions, Digicult daily publishes news, calls, interviews, reviews, essays as well as books and the Digimag Journal (classified as scientific journal ISSN Code: 2037-2256 by the National Agency for the Evaluation of Universities and Research Institutes – ANVUR) through its digital publishing house Digicult Editions. Digicult curates exhibitions, workshops, publications, round tables and meetings and it develops tools for digital publishing and online communication media strategies through the Digicult Agency. Digicult partnered with some of the main international institutions and festivals; it is founded and directed by Marco Mancuso and is part of the EMAP/EMARE international network.