Brainstorming and AI for a visionary future

Our daily environment is in symbiosis with the numerous technological devices that stimulate a massive use of multimedia communication, but despite this the word, the written text, is still the “medium” at the basis of the validation of effective understanding between people.

It is for this reason that when I asked the Visionary team if they had thought of implementing further aesthetics in their Artificial Intelligence LEE, a platform capable of receiving hundreds of texts simultaneously, reading them, identifying the existing connections between them and grouping them in sets, simple but reasoned decision I received a negative answer.

The objective of the Visionary Days project-event, now in its fourth edition, is to concretize the ideas to convey the messages and spread them easily to the tables of institutions in the form of a Dynamic Manifesto. At point 3 of the 10“ POINTS FOR OUR TOMORROW we read: “The word indicates the way, but it is the action that follows it. We design and implement smart actions in line with our principles. Our actions may have immediate or symbolic value, but they will always have to try to achieve a concrete goal”. 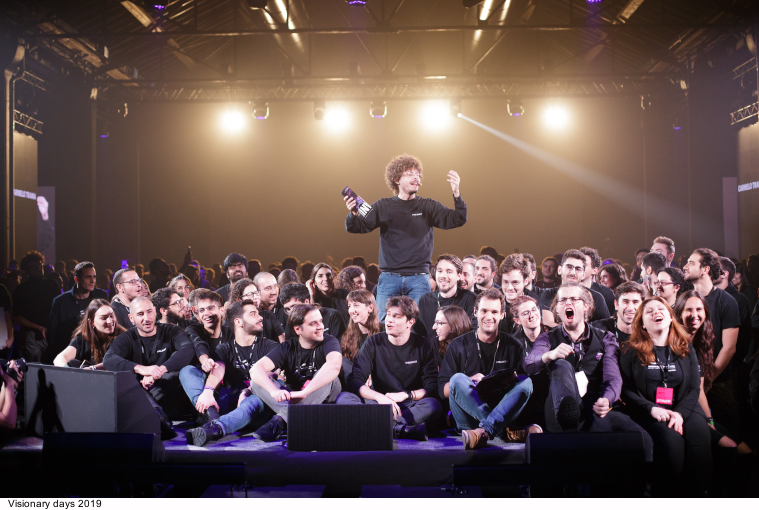 On Saturday 21st of November 2020, from the Sala Fucine OGR – Officine Grandi Riparazioni – in Turin, in live in streaming on Zoom and Youtube, 2500 under 35s met in a digital event lasting 10 hours in the form of a collective brainstorming around to the topic “Which Borders in the New World?”. At the heart of the initiative there is the use of an Artificial Intelligence capable of processing in real time the proposals of young people connected from four other Italian cities: Pavia, Naples, Florence, Genoa.  “Lee was born in March of 2018.
The cover of the issue of Wired was about the first influencer in CGI (Computer-generated imagery), Lil Miquela. We wondered if AI, which by now, between voice assistants and digital influencers, was fully within our lives, could also be used as a support for the comparison at the work tables we were planning. Hence the idea of ​​creating a software that can read the ideas coming from the table and sent by the moderator via tablet. Each set contains hundreds of texts linked to a single theme. An example: the two phrases “humans are harmful to the planet” and “humans destroy the environment” are identified by the same couple, while “humans are harmful to the planet” and “humans can save the planet” no. Finally, the last step is to produce, for each set, a text that is representative of it and therefore can be a concrete synthesis of all the others: from 100 to a single text.
The texts coming from the tables are shown inside all the screens of the rooms in order to allow the participants in the phase of comparison at the tables to access in real time what was also elaborated by all the other participants, thus receiving new ideas and suggestions. And, secondly, it becomes part of a real book, the Dynamic Manifesto, which collects all the contributions produced and revisited by a human editorial staff” [Angelo Tarditi Head of Communication Visionary Days].

To animate the comparison in the four thematic tables of this edition, Peoples, World, Man, Society, were present intellectuals, journalists and influencers and were respectively led by: Sara Hejazi, anthropologist of the borders, teacher and journalist, born in Iran and grown in Italy; Eleonora Cogo, Senior Scientific Manager at the Climate Simulation and Prediction division in Bologna, who participated in the UN negotiations on climate change (UNFCCC) that led to the Paris Agreement, and Giulia Carla Bassani – Astrogiulia, aspiring astronaut, engineering aerospace student at the Polytechnic of Turin and science communicator; Filippo Rizzante, CTO and member of Reply’s Board of Directors, and finally the Director of the Bollate prison, the Beccaria juvenile penal institute of Milan, Cosima Buccoliero. The entire event was presented by one of the youngest radio hosts in Italy, born in 2000, Filippo Grondona. 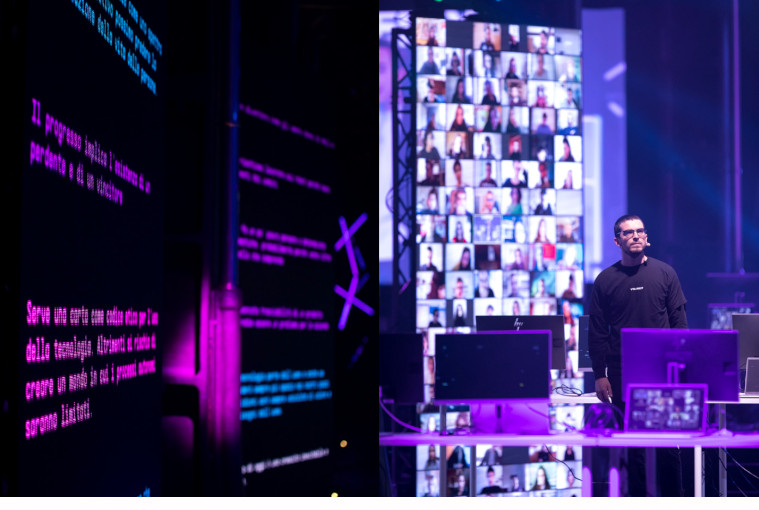 In Peoples, the “border” becomes identity: “If geographical borders did not exist and we could redesign the world, we could think of ‘distributed states’ in which people are located throughout the national territory, but united by the same facets of their identity. In a world without borders, everyone’s experience of reality would be the only thing that differentiates us”. The World table envisages a “revolution from below” where change starts with individuals in order to act at a political and global level: “No G20 country is respecting the agreements signed in 2015 in Paris. […] We ask science for innovation with durable and recyclable products, while those who manage a large amount of money are asked for an ethical choice: divesting fossil fuels and investing in renewables. We must ask politicians not to worry about the next elections but about the next generations, to act not for the success of their party but for the good of the country.

Finally, each of us must use the common goods with care, letting ourselves be guided by a spirit of collaboration and solidarity. Because this battle is won, as always by remaining united, in the name of a single generation: the future one”. The group that dealt with the subject of Man invites us to a new humanism and technological education: “We must break down the distinction between technical and humanistic studies: programmers must also be trained as philosophers, since they are the ones who design the technology that will influence our future. […] The machine is a product of man, so it is his responsibility. It is his job to educate technology, to create a system that infuses a “human” part to artificial intelligence. Possibly the best one.”

Finally, the Society table: “Is it possible that prison is among the only contemporary institutions that have remained unchanged over the centuries? […] Hence the proposal to use technology and the Internet as a bridge tool between the two worlds. Even if in a regulated manner, giving inmates the opportunity to have windows with which to deal with the outside world, to study it and actively contribute to improving it could, in fact, represent an absolute novelty in the field of future penalties and an opportunity for both worlds “. 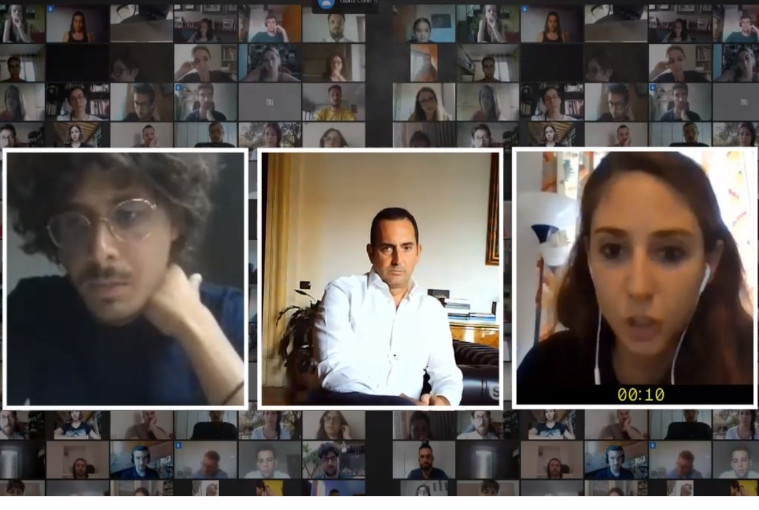 At the end of this edition, the Visionary team has chosen to take a step forward. Meeting once a year for three years allowed them to grow, mature and enrich themselves with the experience of confrontation and participation. Now they want to bring all this out, in the territories and places where they live, in order to have the security of always being present in every unfair choice for those who are here today and for those who will come tomorrow.

“Which boundaries for the new world? The ones we would like. Those that we will decide to design, test, break, create. Our borders. And then one last time. What boundaries for the new world? The Visionary team finally found the answer. And like all the best answers, this one does not close the question but opens it: why have it? A movement cannot have borders. Not definitive. A movement does not stop. For definition.” [Dynamic Manifest 2020]

Visionary Days is a free event, made possible thanks to the support of the Compagnia di San Paolo Foundation, the Erasmus + program of the European Union, the CRT Foundation, the Turin Polytechnic and the partnerships with FCA, Nestlé Italia, Reply, Snam, Connect4Climate – World Bank Group. The event was granted the high patronage of the European Parliament in recognition of the European dimension of the initiative. The Ministry of Youth Policies, the AGID, the Piedmont Region, the City of Turin, the University of Florence, the Liguria Region, the Municipality of Genoa, the University of Genoa, the Municipality of Florence and the Cariplo Foundation, Clab Torino and the Science Festival.