The retaliation of art: Memestetica by Valentina Tanni 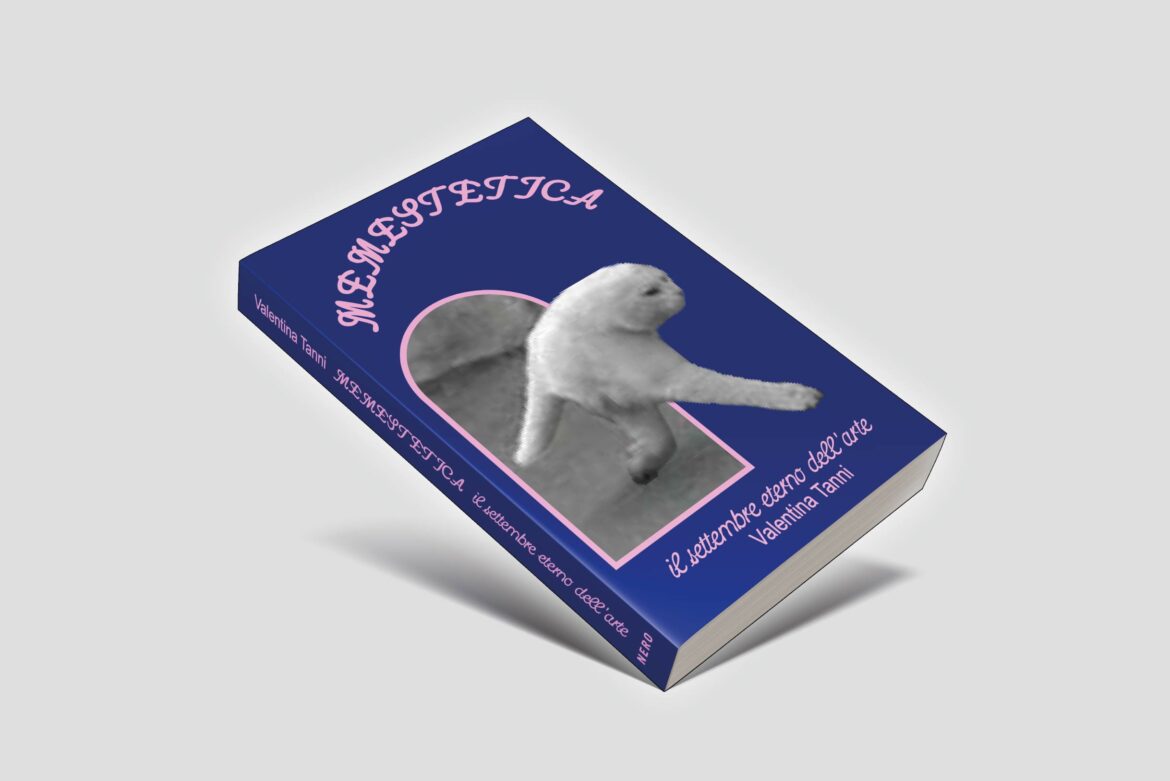 “I am not here claiming that the outside is always beneficent. There are more than enough terrors to be found there; but such terrors are not all there is to the outside.”1 I begin with a quote from the last book by Mark Fisher The Weird and the Eerie (2018) this article regarding another book, Memestetica, il settembre eterno dell’arte written by Valentina Tanni and published on July 2020 by NERO Editions.

Maybe ad odd choice but which I find particularly fitting with respect to what I think the author has succeeded in doing with this book, a crucial editorial project that achieves in a quite tricky operation, that is to combine in a single physical and theoretical space a series of phenomena and subcultures that have been inadequately and partiality recounted for years. Valentina Tanni dives into this world, characterized by often absurd, disturbing and unsettling elements, and illustrates it beyond any common stereotypes and prejudices. The themes developed in Memestetica are many and difficult to summarize in rigid and clear-cut analytical categories.

Each has its own place and weight within the discourse and in relation to the cultural and social products that we encounter in our daily life: the technological evolution of photography, the era of nonsense and absurdity, the value of ugliness and failure, the grammar of memes, the assimilation of performance art and personal broadcasting. Like in a sequence of hyperlinks, the author manages to tackle each theme in its complexity, by means of theoretical, visual and artistic references, which intertwine and run within the text, to then flow into a broader analysis and produce a consistent overview of contemporary visual culture, addressed as an autonomous cultural product and positioned within its own historical heritage. 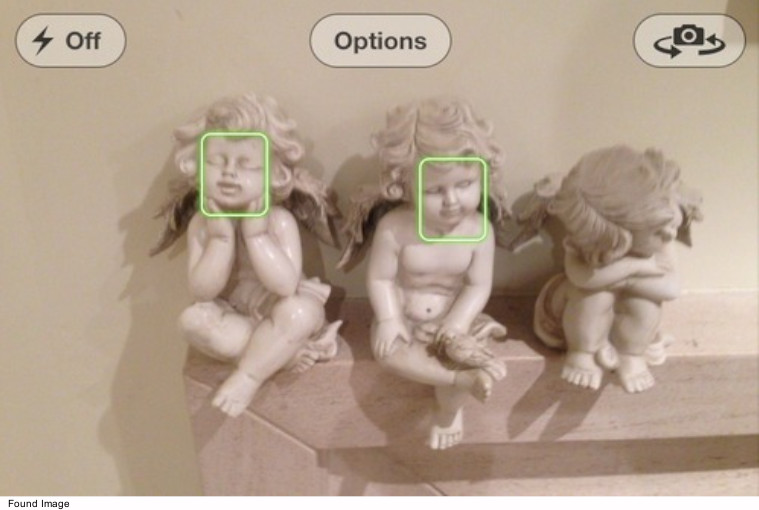 Valentina Tanni is an art historian, curator and lecturer. Her research focuses on the relationship between art and technology, with a particular focus on internet culture. She is adjunct professor of Digital Art at Politecnico University in Milan and lecturer of the course Culture Digitali (Digital Cultures) at NABA. Nuova Accademia di Belle Arti di Roma. She is also currently part of Artribune’s editorial team as a writer, managing editor and social media consultant. She has published Random. Navigando contro mano, alla scoperta dell’arte in rete (Link editions, 2011) and Memestetica. Il settembre eterno dell’arte (Nero, 2020). Since November 2020 she is a member of Rome Quadriennale Foundation’s Board of Directors.

As already claimed in the title, the analysis of memetic language and its aesthetic system are a constant, declined throughout the text in relation to different themes. Yet, the main aim of the essay is certainly to carry out a broader reflection on the evolution of the image – photographic or not – and especially on the way in which we relate to it. Technology and digital tools are in fact analyzed by the author with respect to their effects on society and the cultural changes triggered by them. The human component is thus central as the value and meaning of these products develops for the way they are perceived, assimilated, appropriate and reproduced within the digital realm. 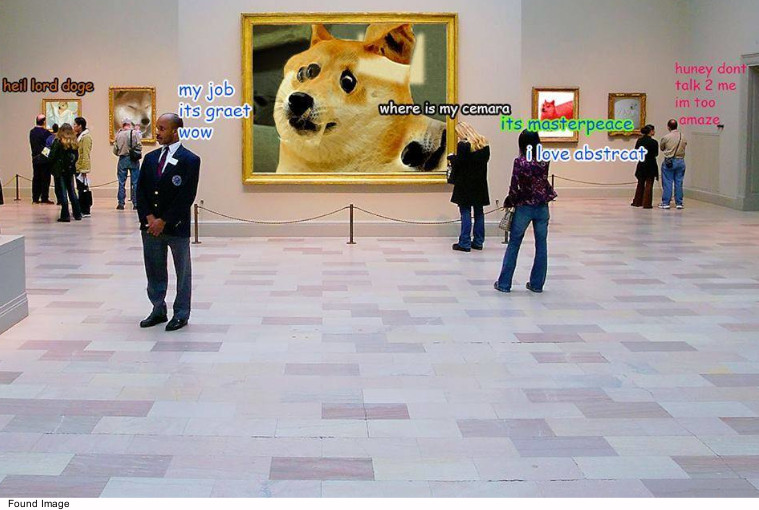 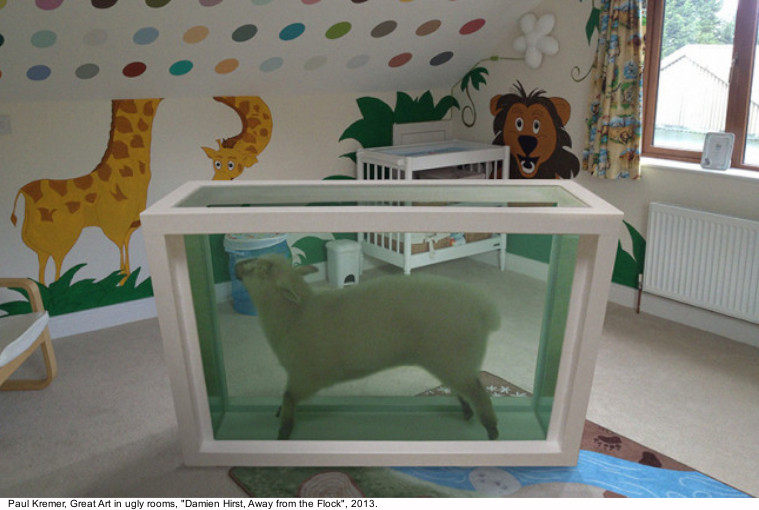 Photographic production is the privileged area of ​​analysis, as an unstable but pervasive tool for the reproduction and the creation of reality. Far from having been supplanted by new technical possibilities, photography acquires a renewed centrality in the contemporary visual ecosystem. As the author explains: “The evolution of photography is not only technological, but also philosophical and social. The most relevant datum regards his relationship with the concepts of reality and truth – a relationship that has become literally schizophrenic”2.

More and more people can take part, more or less consciously, in the production of the common imaginary and photography is the main tool through which this production articulates itself. If the camera extends the human gaze enhancing every imagination, as stated by Jean-Louis Comolli3, new technologies allow us to extend our creative capacity of the world beyond mere representation. Despite the awareness of the possibilities of manipulation, that we operate ourselves every day on our content, photos and videos continue to be the main means of documentation and archiving – pics or it didn’t happen. A continuous exchange between the real and the digital world, also made possible by a large-scale dissemination of devices that does not allow us to escape this unending communication but rather naturally integrates it into every moment of everyday life. 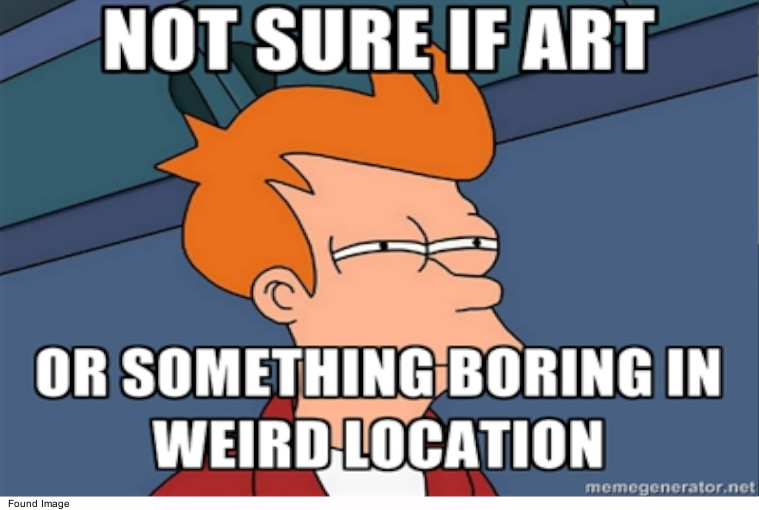 A particularly interesting dynamic explored throughout the book is the relationship between memetic and artistic production. Two areas that seem inherently distant in their history and structure and are often in opposition, as the author points out contemporary art is regularly ridiculed and received with annoyance on the internet, but which actually share a wide range of codes and values. The art system, as well as the world wide web, has been carrying out since the end of the twentieth century a great campaign for the democratization of the means of production and fruition.

In the artistic field, the avant-garde movements of the twentieth century had already initiated questioning the traditional idea of art and artistic doing, with the ambition of overcoming the separation between art and life, which seems to have now found its realization on the web. Greater diffusion and access to the internet have therefore made these ambitions a reality, producing a mass participation that has not, however, given rise to the much-desired utopia.

Like an embodiment of the Expectation vs. Reality me. The emancipation of the individual from technical and theoretical means and the progressive loss of control and authority on the part of the art system and the original digital community have in fact produced hostility and closure. In this sense, the book follows a circular path that finds its beginning and end in the concept of the eternal September. An expression that symbolizes the historical moment in which the internet started its transformation into a means of mass communication – September 1993 – opening up to a continuous flow of neophytes and amateurs. The author thus applies this concept the context of art, characterized from the affirmation of an increasingly widespread and uncontrollable amateur creativity. New people, new energies but also new tensions. A perpetual conflict between the old and the new. 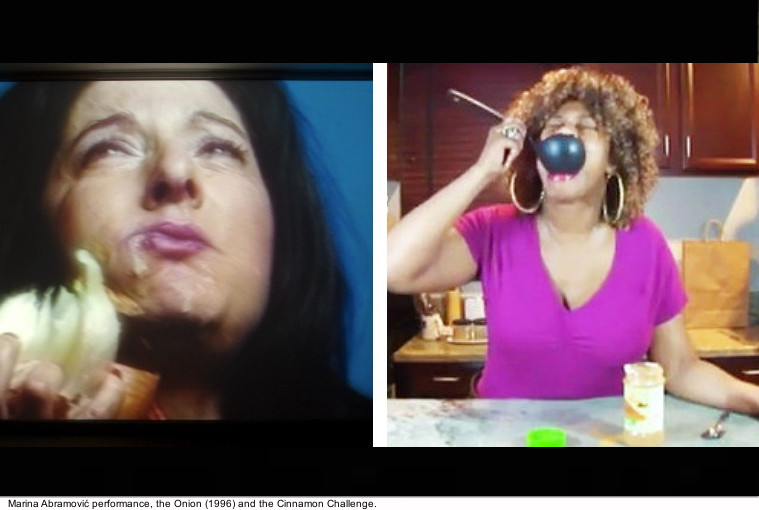 The analysis of the relationship between art and meme is certainly one of the most interesting parts of the text, both for the content and for the ways in which it is carried out. Through a careful selection and arrangement of images, the author displays a series of works by artists and/or amateurs, establishing a number of parallels that allow us to observe this visual evolution within the theoretical path. Still, art is not used as a metaphor, remaining something other than, but is an integral part of an ecosystem of images and signs, often susceptible to the same digital dynamics as the case of the sculpture realized by Patricia Piccinini4.

Despite an apparent devaluation of artistic production, feared by many in relation to the affirmation of amateur creativity and to a greater accessibility to the means of production, it is evident that contemporary artistic production and the avant-garde tradition are the structure around which these new mass cultural strategies and practices more or less consciously develop – a phenomenon described by  Darren Wershler with the expression conceptualism in the wild5. A spontaneous conceptualism that does not lose its value because of this. Indeed, it could be said that the digital realm seems to have understood sometimes the nature of some artistic movements and experiments before and more effectively than the institutional artistic system itself. Particularly fascinating in this sense is the reflection by the author on the use of the body and the languages of performance art on platforms such as YouTube and TikTok. 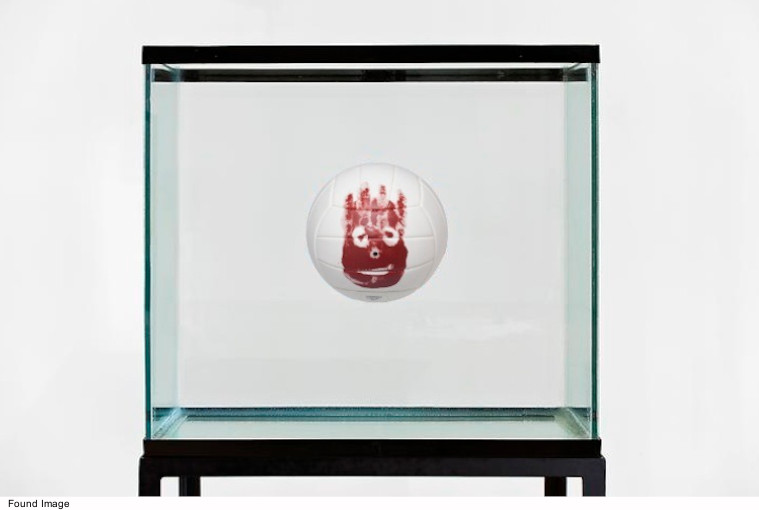 In a digital world characterized by a continuous collapse of the context, which makes particularly complex the deciphering and use of contents and which allows each message to be continuously shaped and reworked, Memestetica has the ability to reconstruct this context and to clearly redefine the social and cultural landscape within which these phenomena move, without wanting to establish categories or hierarchies, but rather clearly stating the need to remove such barriers in the name of greater inclusiveness and accessibility and thus incorporate a more transdisciplinary approach.

All images in the book are collected on the platform:
https://www.greatwallofmemes.com/