Released in May 2019, Proto is the last album of Holly Herndon, one of the most curious performer and experimental composer. This album is the third part of a project that involves electronics, the body and its sounds, the society, and ultimately machine learning, used to interpret the society and show it, online and offline.

Holly Herndon is a researcher, not only because of the title of doctor at the Center For Computer Research in Music and Acoustics at Stanford University, but in her general approach to art and making music: her creative vein is in a continuous exploration, moving between the folds of new technologies and the body, the oldest sound object in the world. 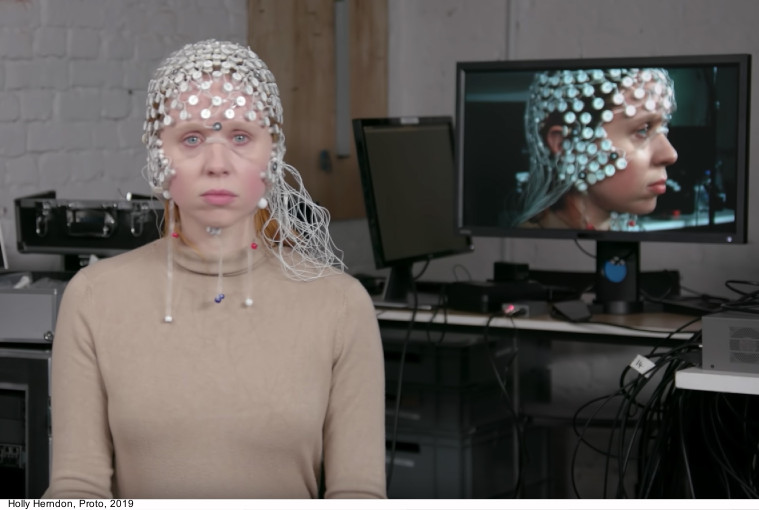 Fascinated since the beginning from the couple “man-machine”, or “corporeal-digital” and “brain computer” Herndon finds today in Proto a dialogical form to put the opposite in communication.

In the last album, in fact, Herndon uses Spawn, an AI educated by herself, to elaborate some musical materials she made and performs together with the musicians.

Spawn learns, as if we were in “symbiosis”, to quote Herndon herself, and creates new sound and music materials, on which Herndon and the musicians can re-work. It is not a monodirectional experience between human and machine but an exchange, a common growth. Even where Spawn doesn’t play in the musical composition has already influenced the choices, styles and arrangements. 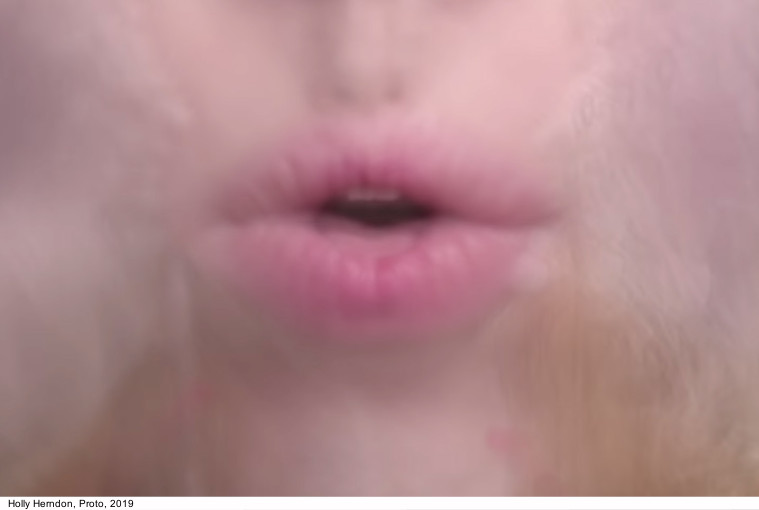 The idea of make in dialogues machine and musicians is not new: in 1957 was born Illiac Suite, the first composition realized with the assistance of a computer; in the sixties Xenakis used a computer to generate stochastic parts; and in the last years Google invest in Magenta project, the technology thanks to which millions of users had fun during Bach’s birthday.

In Proto we could hear the machine learn, from the first cries of an unknown language in “Birth”, to the choral parts in which it dialogues with the musicians, escaping the control programmed by the artist. New and distorted tones born in Proto, mixed with alien and clumsy noises that become sound flow and the choruses and liturgical influences of his childhood in Tennessee.

Despite her career seems at first sight to be affected by technophilia “old style”, for none of her albums technology was the ultimate goal, not for Movement (2012), Platform (2015) and it is
not so even in Proto. In her albums live a strong feeling of avant-garde, to read the present and show it artistically with the tools that suit it best. 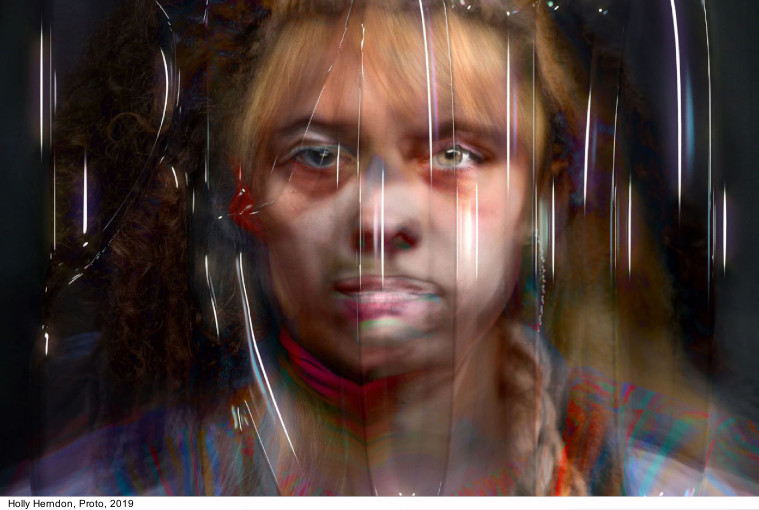 In the vision of Herndon, and in her works, we find the spirit that characterized Laurie Anderson’s works, where thinking on the present and our relationship with technology take on a sound form that is at once alienating and familiar, and shines the aim to be a “pars construens” into the future of man and machine.