The Promise of Total Automation

How did the technical system in which we live become what it is? Does an increasing level of automation create an obstacle for the free individuation of the subject, to humanity’s political and emotional agency? What about a subject no longer in need of labour, no longer in need of responsibility and self-reflexivity, living in an over-monitored loving environment?

The Promise of Total Automation looks at the fascination towards automation. The allure of an automated life not only sustains the production, communication and control of finance capitalism, but also feeds alternative dreams and utopias that plead for an ecological relation between human, technology and nature.

Based on divergent theories, faiths and visions, the artists invited develop their own take on the topic. 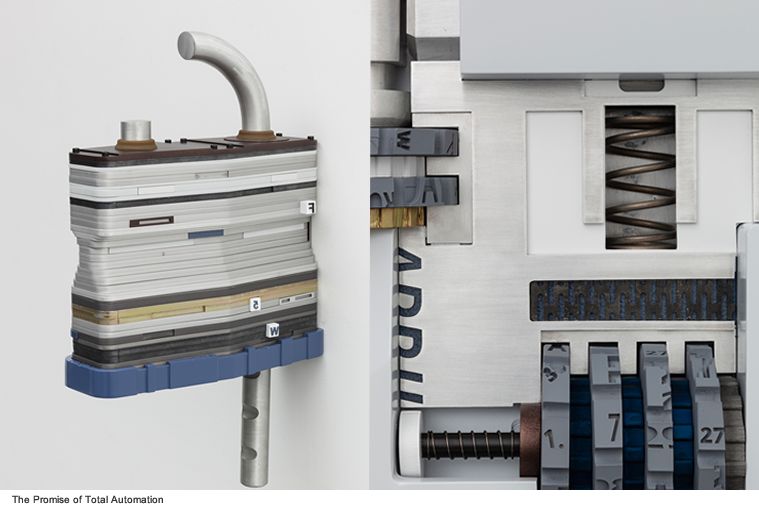 Have objects, originally designed to satisfy our desires, by now enslaved us—or will they enslave us in the end? Or: Do they simply open new ways of thinking, creating and configuring things culturally, politically and socially that we have yet to explore? Will the faith in “things” and technical objects constitute an authentic and emancipative rupture with the anthropocentric and capitalist tradition, or will it only reinforce this for the sake of capital, and the few; for the sake of the data-colonisation of mind and space?

The artists in the show adopt the notion of a post-human community, consisting of interdependent objects, technologies and beings, as the point of departure for their investigations about desire, affect and imagination, about aesthetics, ethics, knowledge transmission and political responsibility. Production machines, technical objects, images and artworks populate the space, coming from the archaeology of the digital age as well as from fantasies of a technological future.

The “promise of total automation” was the battle cry of Fordism, the techno-medial apparatus its weapon. However, automation cannot be reduced to an economic-productive process: it is also a social-cultural one. Critiquing it for the rationalisation of minds and bodies, the exhibition envisions the prospect of automation as an agent of new forms of subjectivities, which nourish radical imagination and challenge a new political ecology of things. 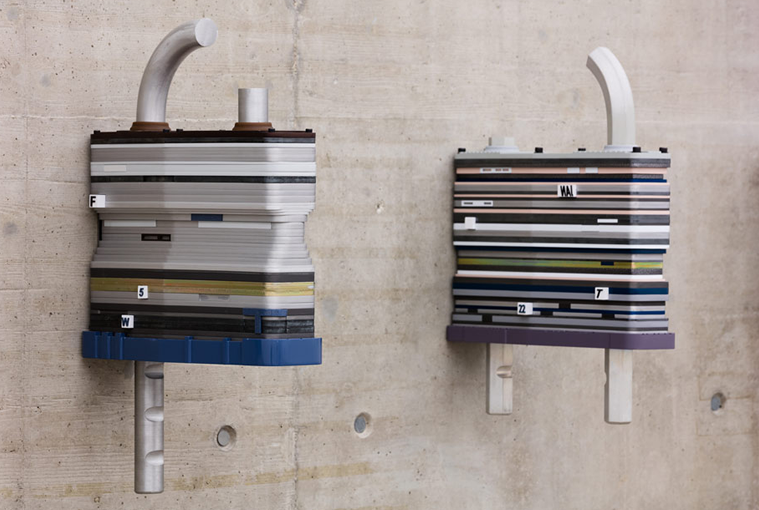