Donato Sansone – I dream, so I make video

His “short trips”, his videos, bring us in a parallel reality, a third one, in the same time the realm of reality and the one of the resting consciousness. Our guide between these two worlds is Donato Sansone, the smiling host on the threshold of the door of his dreams.

A classic education, through Art Institute, Academy of Fine Arts, and the Experimental Center of Cinematography, Animation Department, is the basis for the continuous “work in progress”, the platform of his projects.

From small digital “haiku”, witty and destabilizing, to more extended narrations, although rapid ones, his style involves quick moves, compact stories, continuous tension, everything connected to the large emotional “wardrobe” to draw from. What is there inside? A sort of “Pandora Box” of basic feelings, childlike astonishment, playful sex, grotesque horror, ironical disorientations. 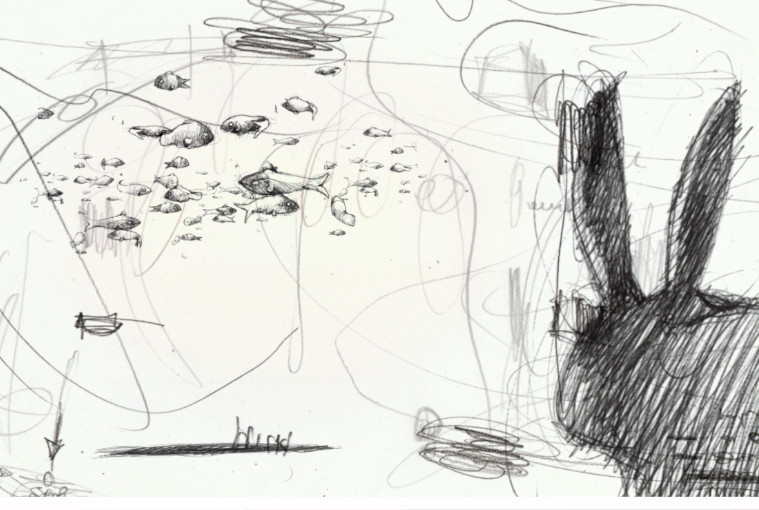 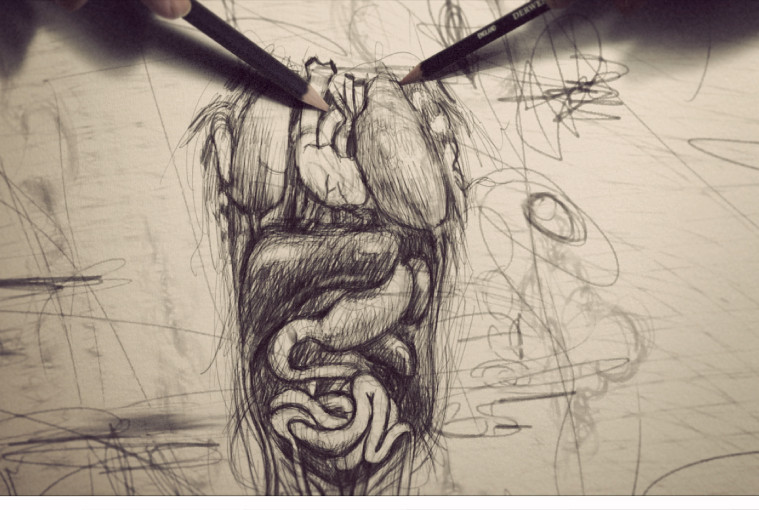 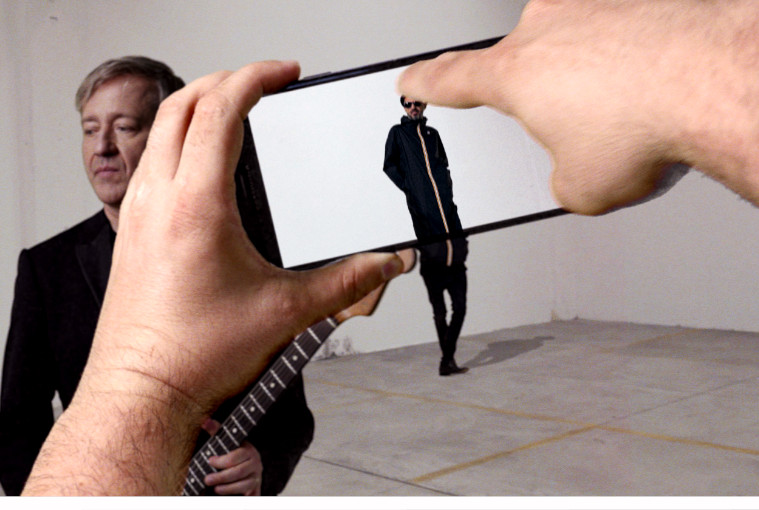 Where do these inspirations come from? From the sensitivity of a curious boy from the ‘90s, that is absorbing – together with the thickening of impulses of “in fieri” visual languages, that were multiplying those years – the necessary links – first aspiration, never dormant anyway, was painting – to modern and contemporary arts and languages, curating the investigation of “oblique” matters: the underground and alternative comics, David Lynch’s and David Cronenberg’s cinema, but also all the body “exploration” as an artistic tool, from Francis Bacon to radical contemporary experimentations.

The mastering of digital techniques of the moving image is not forced, the “magic” of the digital world naturally arises, as a consequence of the idea, and happily marries with the use of “low-fi” and “vintage” techniques.

Donato Sansone’s work obtained several recognitions all over the world, festival and events  who were able to highlight his original talent (the Festival Cinanima in Portugal, the selection of Cèsar Prize in France, the quotation in “Cahiers du Cinema” fundamental magazine), attracting also the attention of Canal+ and Sky Arte televisions, who wanted to present and to talk about him.

An expression playing with mastery between various technical skills, moving naturally between graphic sign, videomaking and art in broader sense. The aim – immediate and ultimate – to express with freedom and joy, even if showing subtle inquietudes, mixed to unsuspected lightness. Up and downs of a syncopated language, recorded on the wave-length of sincere feelings, incubated under the skin, driving forces of desire and life. 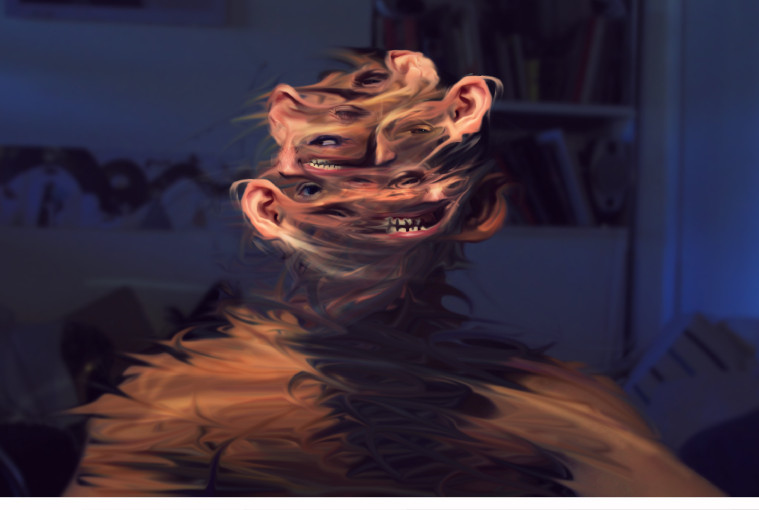 Here’s our interview with Donato Sansone.

Marco Aruga: How did you come “here”? Which were the initial cues for your activity? Which has been your education?

Donato Sansone: I went to the schools where everybody goes to, primary and secondary, then I went to Art Institute in Potenza. I am from Basilicata region. Then the Academy of Fine Arts in Naples, and at the end the CSC – Centro Sperimentale di Cinematografia, Dipartimento Animazione in Turin (Experimental Center of Cinematography, Animation Department). This has been my artistic path.

Marco Aruga: Was there an initial clue in particular, pointing you towards this field?

Donato Sansone: Music videos of the ‘90s formed me, they gave me a little cue. The ones I saw on MTV. They made me want to dedicate myself to videos, and animation. I started working as a painter, most of all, but, when I saw the beauty of videoclips, I changed a bit my orientation, I moved myself to video side. 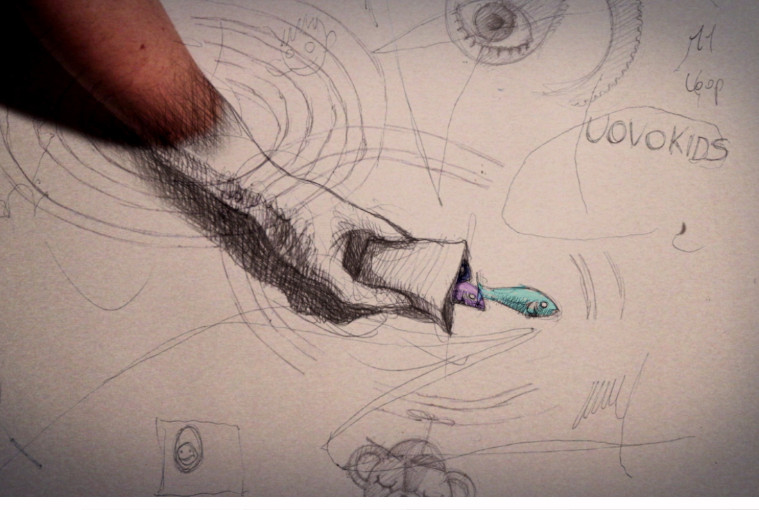 Marco Aruga: We are interested to know your creative process. How do you come up with your ideas, how do you “fix” them, how do you put them on the field, how do you let them grow?

Donato Sansone: Ideas do not come out by themselves, they live inside me continuously, germinating little by little. I only have to take them, in the sense that my life, my experience of reality, and above all what I have seen and loved, they have already created a world. Yes, it is almost as the things are already inside me, I only have to go find them, considering what I have to do. It is a creative process, spontaneous enough. But sometimes I just have to think, I need to figure out something. So, it depends on the type of work. If I’m commissioned a job, asking me something specific, then I must invent it. Some other times, instead, I’m just gonna go find what I have inside me. Many ideas I work with, in fact, are ideas that I had several years ago, that I go find, that I had to fulfill, not yet fulfilled, re-briefed, to be taken out of my mind, from my oneiric dimension. This one is the process.

Marco Aruga: Your works are accurate synesthetic projects. Could you tell us about your collaboration with Enrico Ascoli – your sound designer – ?

Donato Sansone: The collaboration with Enrico is absolutely fundamental, because – he is not only my sound designer, but also a very good friend – we have a very peculiar connection, from the artistic point of view. We understand each other without saying anything, I don’t explain to him what I want, he already knows what to do, more or less. He is right into my “mood”, in my world that, this way, has a more “complete” dimension. He is not only a sound designer, he is a musician, creating worlds, very fascinating acoustic and sound dimensions, “filling” even more what I do. 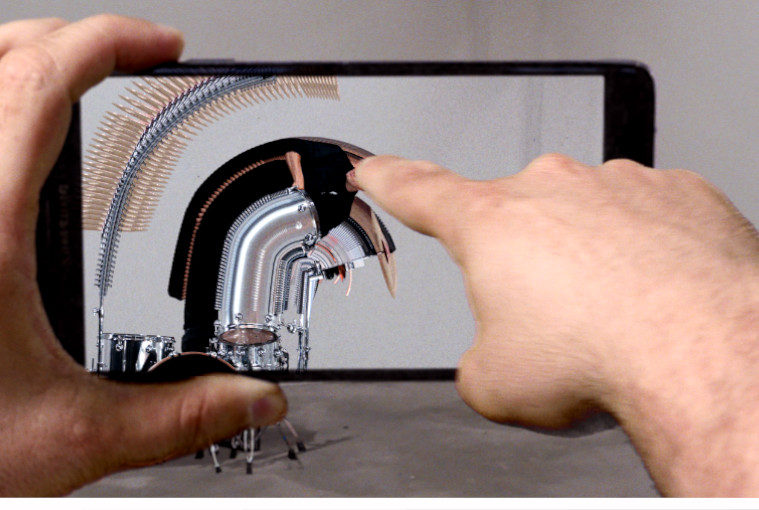 Marco Aruga: You are using several techniques. Are there techniques more satisfying, or other more challenging?

Donato Sansone: More or less, I like them all. I like to experiment. There’s something more tiring, and it is animation. You need to be patient, because to produce a few seconds you need to make many drawings, many frames. But if I think about the result, time flies. It is a little bit more tiring. I enjoy myself even more manipulating in compositing some material from reality, some footage belonging to the world of reality, giving it a new aspect, a new shape. This way I enjoy myself a little bit more.

Donato Sansone: My work is not experimental anymore, it is already finalized, in the sense that – working and experimenting in the same time – I already know what it will come out, even if not always completely. The “experimental” sphere is already passed, because I did it a lot during these years, in which there was the “surprise” effect. But now I have already the perception of what it could be the visual result of an experimentation, of a creation, of a visual product. 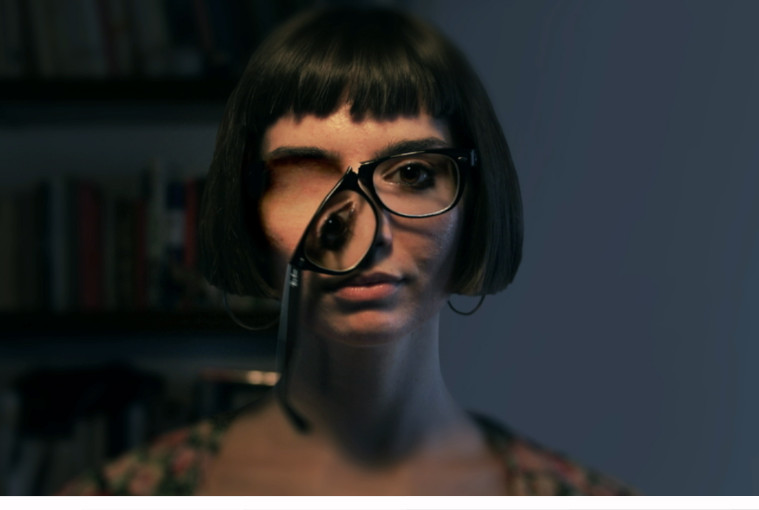 Marco Aruga: Which are your preferred themes (if there are some)?

Donato Sansone: The themes I like better are wonder, restlessness, the dreamlike world. I mean the stuff I like is dreams’ stuff, in a certain way, and to surprise. One thing I like is to play with reality, changing its connotations, logic, trying to amaze the viewer. It a sort of play that I’m making, and I would like that it would reach the viewer the same way, a playful, amusing sense. Because what I do first of all is amusing me, then I would like it would amuse other people. I don’t want my work to be heavy. In fact, for several reasons, I do things that are brief, or experiments of a few seconds, or short films lasting no more that 5 or 6 minutes.

What I like better – to come back to the initial question – are the themes of paranormal, unreal, surreal, grotesque, and I am fascinated by everything mysterious and disturbing, supernatural. I like a lot this dimension, of a world that is “on the edge”. 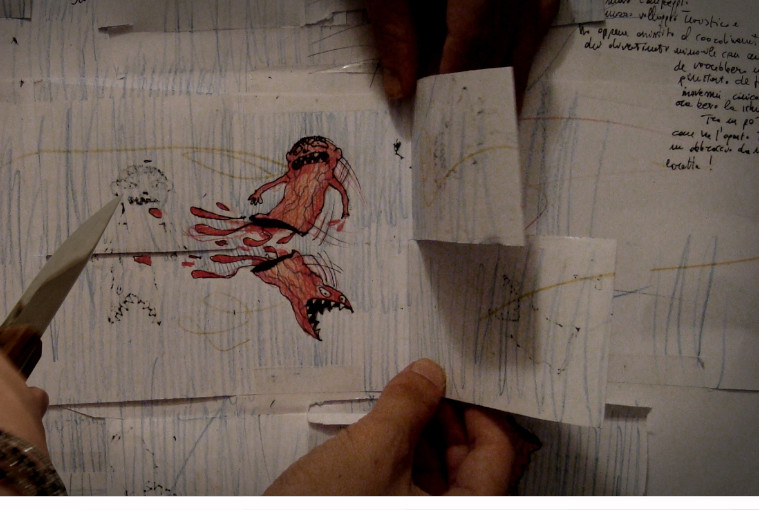 Marco Aruga: Do you have a “dialogue” with your dreams? Do You remember them? I ask you if they could be matter of inspiration…

Donato Sansone: Yes, a lot, I dream a lot, I have amazing dreams.  Sometimes I dream real movies, tales, stories, incredible ones. I have a continuous relationship with dreams, vital, fundamental. In my opinion, the life is the dream. It is another reality, a parallel reality, that exists as well as the real one, as long as we dream. We don’t know we’re dreaming, we live our dreams. Then we understand that it was another reality only when we wake up, but it exists, as well as it exists the reality we live daily. I like a lot to sink into the world of dreams, to live it, to feel it the day after, in wakeful state, to bring it inside me, and to feel all that atmosphere. The dreams, they are incredible journeys.

Marco Aruga: You have passions, inspirations, particular and personal references, of course, in cinematographic field and not. Could You please tell us about them?

Donato Sansone: Many are the things that I loved, and inspired me: horror movies, sci-fi ones, all these cross-cutting realities, compared to daily life. I loved, and I love a lot – he is a real master – David Lynch for example, he shaped me, as well as David Cronenberg. Just like the authors of the music videos I quoted before, in the ‘90s. My references are fairly large. In the same way, contemporary art and painting influenced me, performance forms like the Orlan, Vito Acconci, La Fura dels Baus ones, these forms of artistic contamination. The music also: maybe music is the thing that is inspiring me the most, letting me “see” more things. Paradoxically music is letting me “see” more things, than visual things. It has been really fundamental, as an inspirational source. 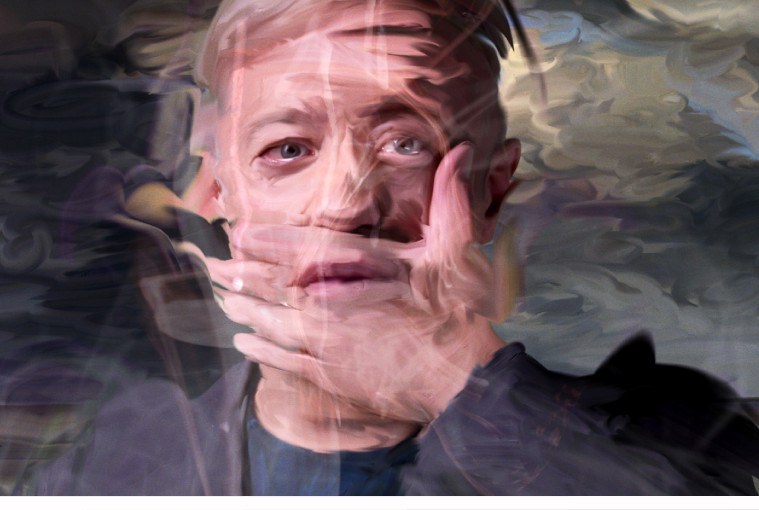 Marco Aruga: Which are your projects, and your dreams now?