Shinji Murakami’s new body of work explores the digital pixel in relation to light, advancements in technology, and Augmented Reality. This new work departs from his previous body of work, examining the pixel as part of a whole in the analog formats of painting and sculpture.

In line with his life-long interest in the 1980s video games, Murakami titles his second solo show at Catinca Tabacaru Gallery, Lateral Thinking with Withered Technology, a reference to the philosophy of Gunpei Yokoi, the creator of the Nintendo Game Boy. “Withered technology”, in this context, refers to mature, outdated technology, simply and cheaply developed yet well understood and revered among certain technophile circles.

“Lateral thinking” refers to finding radical new ways of using such technology. While the 8-bit technology used in early video games is now a relic of the past, its sublimation into contemporary art proves seductive and beautiful in Murakami’s hands. 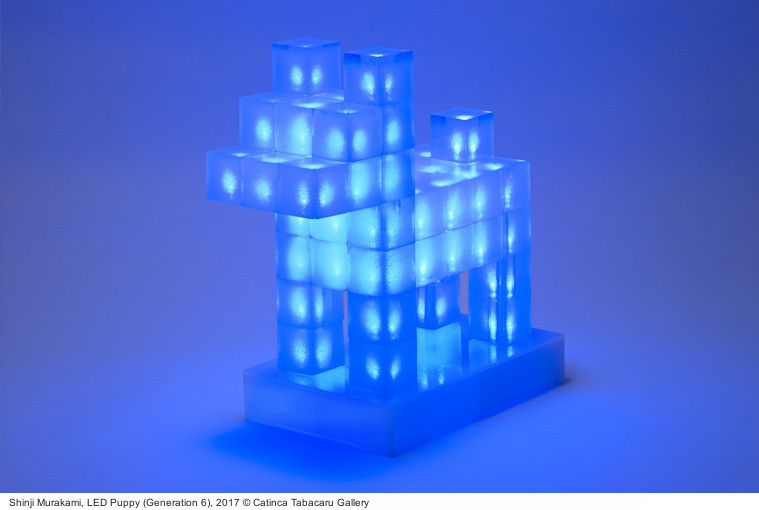 Lateral Thinking With Withered Technology explores the multidisciplinary use of LED lighting, and critically engages how the digital world has influenced all aspects of contemporary culture. In sculpture, the light is built into cubes of clear resin, each serving as an individual pixel.

Instead of color emission resulting from light reflection, here, the sculptures emit light themselves, producing a different experience for the retina. Similarly, two-way mirrors bring viewers into the flat works hanging on the gallery walls as a matrix of pixels march before our eyes.

There is a sense of something simultaneously primitive and futuristic floating across a minimalistic space map composed of binary 1’s and 0’s – digital pixels emerging from the screen to inhabit the real world, a nod to the Augmented Reality (AR) movement propelling the future upon us. 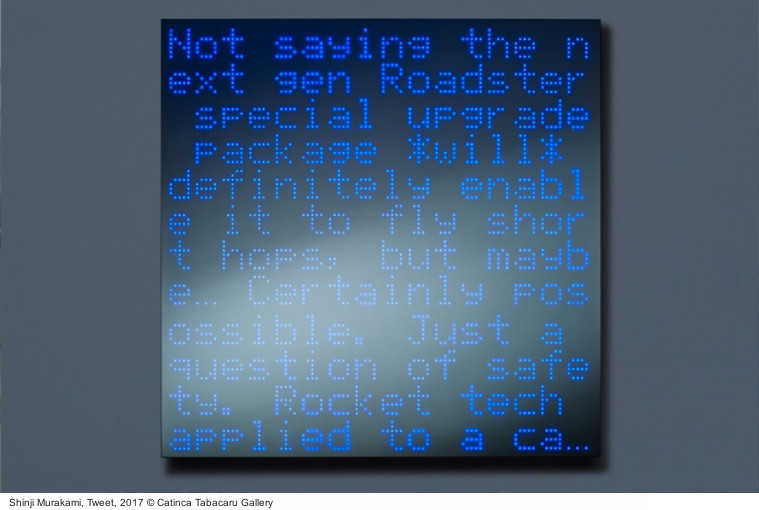 The entire gallery resembles an Augmented Reality scenario. Littered with LED cubes, the lights create a space completely removed from even the burgeoning Lower East Side of Manhattan. The 1-inch square sparkling resin cubes have a built-in batteries, thus unleashed from the constraint electric power.

For Murakami, who began as a scrappy urban artist on the streets of Tokyo in 2002, the cubes act as a new style of street art in which the artist has been developing since his arrival in New York City in 2009. Beginning to experiment with light in 2012, he used luminescent paint on cubed shapes and placed them in the streets, finding that these were not bright enough to satisfy him.

After experimentation with chemicals found in glow sticks, Murakami determined that using LED lighting was preferable for its customizable qualities and its sustainability. Addressing both our contemporary obsession with words and with social media, Murakami also displays an LED, real-time panel displaying Elon Musk’s Twitter feed. 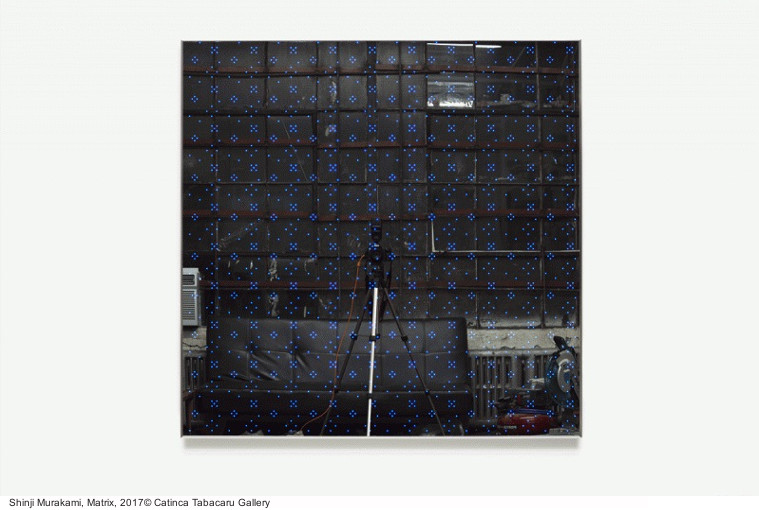 Born out of jealousy towards native English speakers, and wordsmiths like Christopher Wool and Jenny Holzer, Murakami longed to use humor in his own work, similar to theirs. Still, the artist found a way to use words, appropriately borrowed from the man whose understanding of the future of mankind is best defined by his desire to travel closest to Mars.

Shinji Murakami (b. 1980, Osaka, Japan). Currently lives and works in Brooklyn, NY. Working in wood, alkyd paint and LED light, Murakami focuses on communicating his ideas to a wide audience. With the precision of a master craftsman, he renders universal motifs – flowers, puppies, hearts – in minimalism and pop, re-interpreting the aesthetics and context of each genre and reassessing their role within contemporary art.

Catinca Tabacaru Gallery opened its first brick and mortar space on the Lower East Side of Manhattan in May 2014. Representing thirteen artists hailing from six continents, the Gallery takes a nuanced and empathetic approach to projects, gravitating towards art that impacts the self and society. 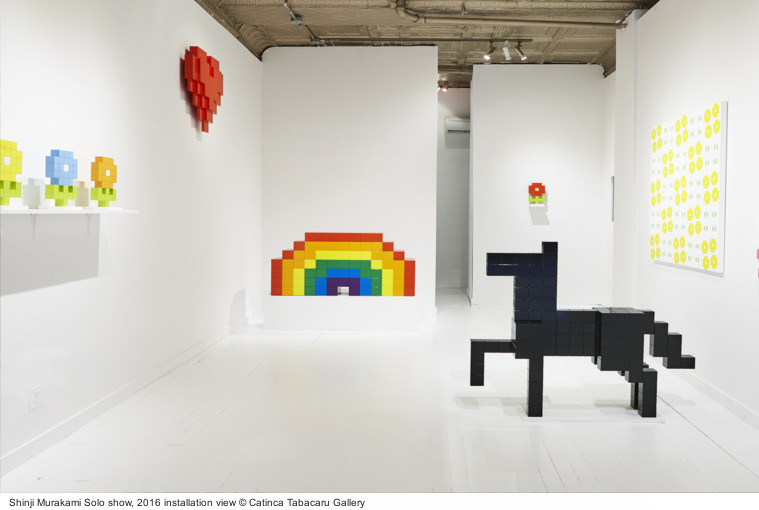 It supports authenticity, fearlessness, and conscientiousness, championing work that celebrates the deepening of voices over time. Catinca Tabacaru Gallery also recently expanded, building a gallery space in Harare, Zimbabwe in order to promote and nurture the work of emerging African artists and create a space for dialogue with emerging artists in New York.