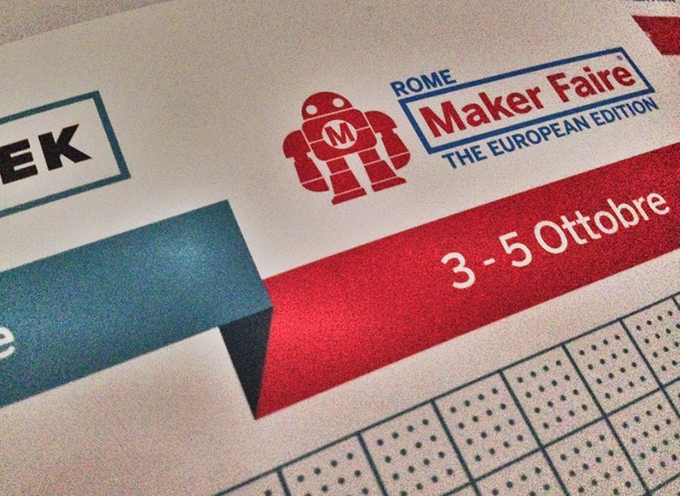 All roads lead to Rome. During the semester of Italian presidency of the EU Council, Rome will become the world capital city of innovation, from September 27 to October 5. Robots and drones, 3D printers and bitcoin, gurus and start-uppers: The lnnovation Week, promoted from the Chamber of Commerce, will reach its momentum with the second edition of Maker Faire Rome, and it will be a celebration of a possible form of future. The same future you can grab with your own hands, even though it looks like Sci-Fi.

The AuditoriumParco della Musica will be the stage of a unprecedented “innovation village” for Italy: it will cover a 70,000 square meters area and will host around 600 inventions from all over the world. In the meantime, the halls will host conferences and seminars with hundreds of speakers. On top of that, there will be a hackathon at MaXXI on the week-end before Innovation Week: it will be a marathon with 300 developers who will challenge the future of domotic.

Being the best minds of Europe on the stage for one week, Italy and his young talents will play a key role. Celebrating the 50th anniversary of the first personal computer, Olivetti’s Programma 101, “Make in Italy Foundation” will present an exhibition displaying half a century of Italian inventions. Moreover, in collaboration with MIUR a project will challenge young students in creating a new p101. Students will be main actors during the second day of Maker Faire, too: on October 3, for The Educational Day, the Auditorium stage, seats, audience and speakers will be strictly under 20 for a dedicated Conference. A crew including some of the most brilliant young talents in the world will tell other young people how they are changing the world with an app or invention.

Maker Faire Rome will be a celebration open to families with children, but it will harbour a strong political message. The Innovation Week and Maker Faire innovation is born from the will of experimenting and sharing. It is a kind of innovation that understands the value of scientific research, and never forgets you have to mess up with your hands in order to get a solid result. Maker Faire is a showcase for young talents who are following their paths, willing to share the result of their job with others. Some of them will become entrepreneurs, developing ideas and prototypes they have designed for Maker Faire Rome, while somebody else will find a job in a company that will grow thanks to their energy and skills. The Innovation Week and Maker Faire celebrate people who “wanna try”, because a country fighting against crisis needs to focus on innovation as a huge, shared effort aimed to build its future.

From September 27 to October 5, experts, main players in innovation and makers from all over the world will meet in Rome to generate a new wave of creativity.

INTEL will be back as ‘main sponsor’ and will play a key role during the event, disclosing some previews to the broader audience in Rome – along with international guests, including the young scientist who were awarded with the Intel ISEF – thus confirming the company’s strong mission in developing a makers and Maker Faire’s community globally. 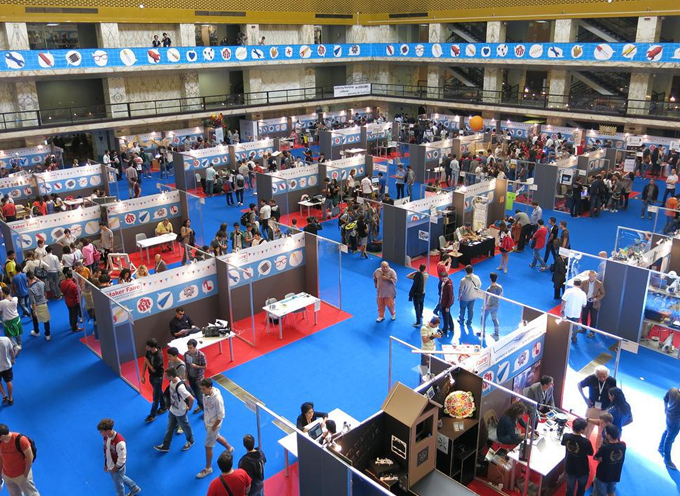 Take a look at some of the most amazing inventions that will be displayed:Fonie, the hair-drier for a perfect selfie; CubeMate, the device you can use to share your mood with no words; SolarMachine, a solar cooking machine;M.E.S.S.I., the best soccer coach in town monitoring and analysing the team’s performance; Social Cave, a cave that enables interactions and helps you in making new friends; SoundLight, a lamp for every kind of atmosphere; Printer Drones, the head-seat for mind controlling drones, Poly.Cloth, the app that will help you in designing your polygonal clothes; Chimaera, the alien musical instrument you will play with no direct contact; Bare Conductive, the best electric ink to turn your ideas into circuits; C’monBoard, the smart skateboard you can remotely control with a smartphone… and a lot, lot, lot more.

Maker Faire Rome has launched Call4School too, a dedicated call for projects that were born and developed at school, because young makers will make a difference. As a matter of fact, the best 20 projects will participate in Maker Faire. Furthermore – dedicated to youngsters too as mentioned above -The International conference “20 under 20” organized thanks to the support of the Embassy of The United States of America for the Educational Day on October 3. It will be a free of charge pre-opening of Maker Faire strictly dedicated to schools.The conference will promote the positive impact of young talents on other young people in order to inspire them and shape their future. Children will find out more: they will familiarise with programming, electronics, robotics and digital creativity. Moreover, they will also create video games, robots, circuits and music videos during the workshops in the 2,000 square meters Kids area. 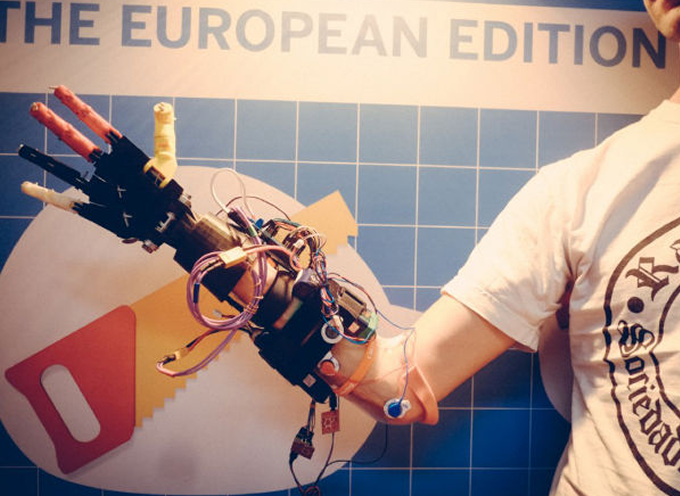 And “tecno-couture” will play a major role too – during the fashion show organized with Altaroma – thanks to CuteCircuit. These magnificent interactive LEDs dresses – even Katy Perry, Laura Pausini and Bono Vox enjoyed them – will light up the Auditorium on October 2 during Maker Faire’s Opening conference.

A special thanks is due to public and private institutions contributing to the event: the Ministry of Education, the Embassy of the United States of America – Italy and Regione Lazio and Roma Capitale for actively collaborating in organizing this great event, along with Asset Camera, Special Agency of the Rome Chamber of Commerce. A warm thank you to the Gold Sponsors: Eni, Unidata and Vodafone and to Silver Sponsors: Atmel, Autodesk and Microsoft.