Beginning on February 24, Phoenix Art Museum hosts the exhibition, Iris van Herpen: Transforming Fashion, celebrating the career of the Dutch fashion designer. Renowned for her use of 3-D printing, Iris van Herpen is widely considered one of contemporary fashion’s most progressive creators, and is a favored designer of style icons, including Beyoncé, Lady Gaga, Björk, Cara Delevingne, and others.

The exhibition, Transforming Fashion, is the result of a collaboration between the Groninger Museum (the Netherlands) and the High Museum of Art (Atlanta, Georgia) and will feature 45 ensembles from 15 collections spanning 2008 to 2015, a selection of van Herpen’s fantastical shoe designs, and footage from runway shows.

Phoenix Art Museum is the western-most and final U.S. destination to host this acclaimed exhibition, which will be on view in Steele Gallery through May 13, 2018. “We’re delighted to bring the singular vision of Iris van Herpen to Phoenix Art Museum,” said Amada Cruz, the Sybil Harrington Director and CEO of Phoenix Art Museum. 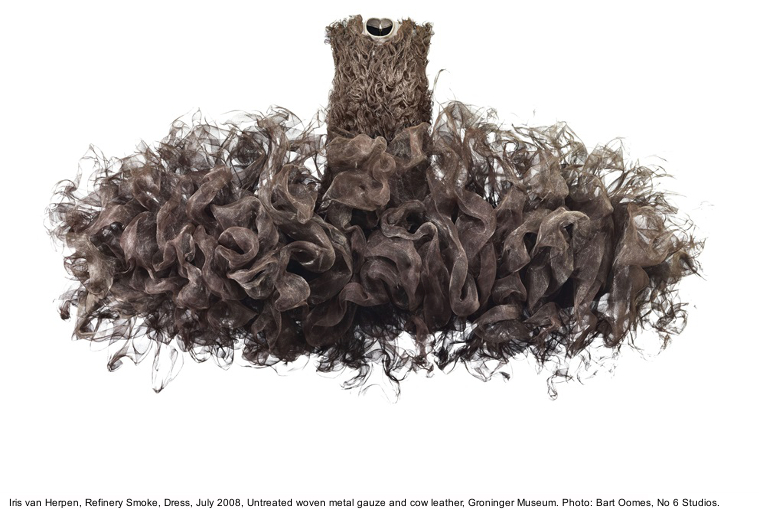 “Her multidisciplinary approach to creation, melding art, science, and architecture with traditional methods of garment construction, represents a radical, contemporary vision that we’re proud to host in our Museum. We’re so excited to be able to share the best of international art and fashion with our community, right in the heart of our city.”

Since her first runway show in 2007, the 33-year-old Dutch designer has made a name for herself within and beyond the fashion world by combining tradition with radical innovation. Van Herpen is unparalleled in her multidisciplinary approach to creation; her most prominent collaborators include artists, architects, and scientists such as Philip Beesley, Jólan van der Wiel, and Bart Hess, as well as teams at the European Organization for Nuclear Research (CERN) and Massachusetts Institute of Technology.

In 2011, TIME Magazine included her 3-D printed dresses on its list of 50 Best Inventions. Van Herpen is hailed as a pioneer for her use of 3-D printing as a construction technique and guiding aesthetic principle, utilizing the technology to create sculptural garments with unfamiliar forms.

Her distinct viewpoint has inspired collaborations with progressive musicians and actresses such as Björk, Tilda Swinton, Gwendoline Christie, and Grimes, and her special projects include dressing Scarlett Johansson for the film Lucy, creating the dress Beyoncé wore in her Mine music video, and producing Lady Gaga’s ensemble for the launch of her Fame fragrance. 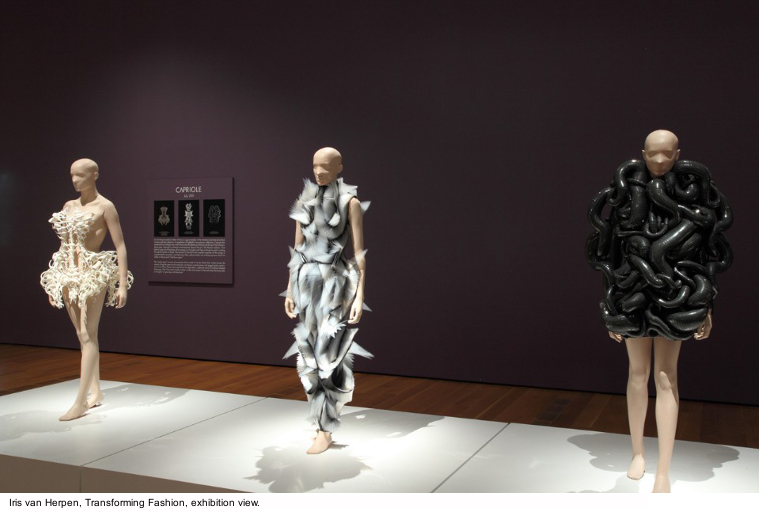 A former ballet dancer, van Herpen has also created costumes for the Paris Opera and the New York City Ballet, collaborating with choreographer Benjamin Millepied (of the 2010 Black Swan film) and the Berlin-based dance company, Sasha Waltz & Guests.“Iris van Herpen’s unique fusion of technology with couture craftsmanship has made her a pioneer of Paris haute couture and an undeniable agent of change in the fashion world,” said Dennita Sewell, the Jacquie Dorrance Curator of Fashion Design.

“Her New Couture lends the past and future into a distinct vision of the present, and completely reimagines the possibilities of what fashion can and will become.” Phoenix Art Museum is the western-most destination on the North American tour of the exhibition, and the last chance to see these extraordinary collections of futuristic fashions.

Phoenix Art Museum has provided access to visual arts and educational programs in Arizona for more than 50 years and is the largest art museum in the Southwestern United States. Critically acclaimed national and international exhibitions are shown alongside the Museum’s permanent collection of more than 18,000 works of American, Asian, European, Latin American, Western American, modern and contemporary art, and fashion design. 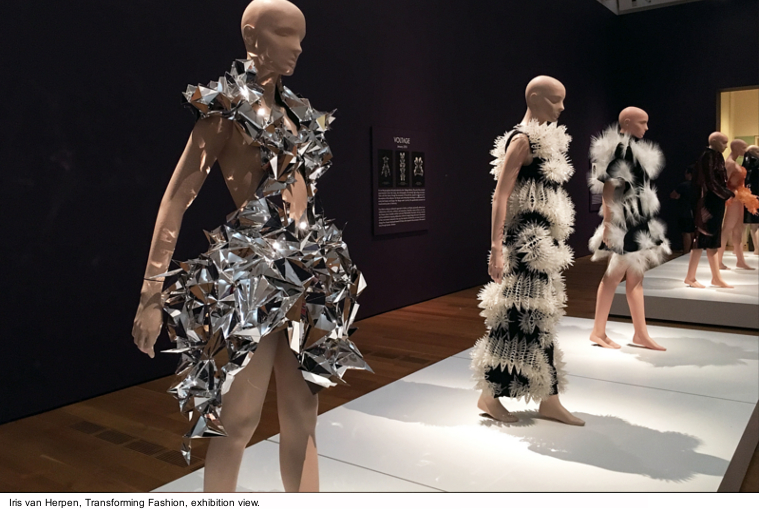