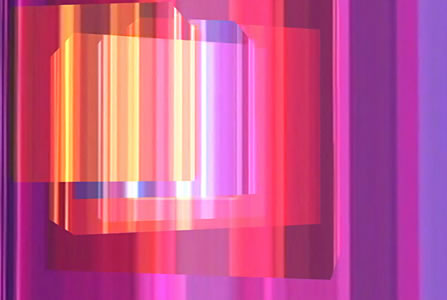 THE – The exhibition presents 27 Austrian-based artists dealing with abstraction in different styles and media. The show is divided into three, interrelated sections: an exhibition hall featuring a ‘classical’ compilation of paintings, photographs and installations; a cinema showing digital videos; and a lounge hosting a variety of computer-based works.

AUSTRIAN – The Austrian exhibition brings together artists from Colombia, Germany, the Netherlands, Poland, Sweden, Switzerland and Austria, most of who live and work in Vienna. Grouped under the label AUSTRIAN ABSTRACTS, this selection of artists is not meant to be perceived as a dogmatic initiative, but as a circle of individuals between the ages of 25 and 40, who share a common interest in testing and expanding the borders of the concept abstraction as a aesthetic and theoretical practice.

ABSTRACTS – Even if during the postwar years in Europe the term ‘abstract’ was used synonymously with modern art, it now does not hold much interest in contemporary art discourses. In the era of postmodernism, abstraction as an artistic term has all but disappeared from public usage. This exhibition project serves as an opportunity to analyze current artistic developments in abstract art that point to a renewed implemen­tation of the term.  Since the mid-90s, a number of young artists have concentrated their artistic endeavors on formal, nonfigurative experiments. In the so-called new media art field, the relation between electronic sounds and digital images is often the topic for video works, performances or nonlinear and / or interactive computer appli­cations. Concerning sculpture, while modernist artists have made used of classical materials, such as bronze, metal or marble for the creation of their works, contem­porary artists, in what can be perceived as a consciously profane act, employ cheap, perishable materials like plywood, cardboard or paper.

THE AUSTRIAN ABSTRACTS – Under the title AUSTRIAN ABSTRACTS, a series of screening programs of experimental digital videos were showcased at the Austrian film festival Diagonale between 1999 and 2001. Cloaked under the same theme, various projects with CD-Roms, Installations, Prints, etc. were exhibited in Graz at the art institu­tion Medienturm. These different activities resulted in the large international group show ABSTRACTION NOW at the Künslterhaus in Vienna in 2003. The current exhibition at the Arti et Amicitiae presents a selection of the works of Austrian-based artists that is representative of these complementary projects.