Archaeology of the Digital: Complexity and Convention

The Canadian Centre for Architecture (CCA) presents Archaeology of the Digital: Complexity and Convention, an exhibition that focuses on the integration of digital methods in architectural practice.

The exhibition opens on May 10, 2016, and will be on view until October 16. Curated by Greg Lynn, Complexity and Convention is the third and final exhibition of the CCA’s Archaeology of the Digital program, in which 25 seminal projects are collected, researched and catalogued. This program develops a curatorial reading of the incorporation of the digital into architecture and addresses the challenges of preserving digital archives and assuring their future accessibility.

The third exhibition draws from archival material from 15 exemplary projects, both built and unbuilt, by international firms in the 1990s through the 2000s. Whereas the curatorial method of the first two exhibitions — Archaeology of the Digital in 2013 and Media and Machines in 2014 — emphasized individual projects based on their distinct and clearly defined digital approaches, the organization is more synthetic in the third exhibition. Instead of singular practices, aspects of multiple projects are presented together. Through the lens of five curatorial themes — high-fidelity 3D, structure/cladding, data, photorealism and topography/topology— archival material is dissected and reassembled to provide a reading of innovative design strategies from the recent past that have now become convention. 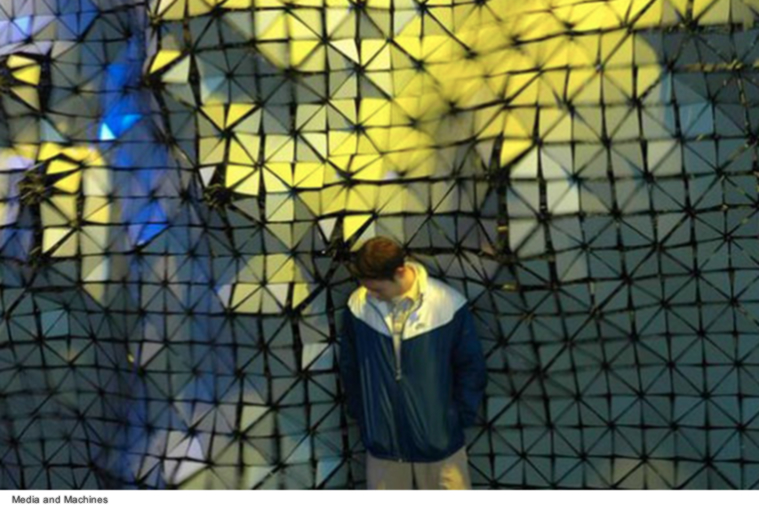 The Archaeology of the Digital initiative is developed, documented and disseminated through print and digital publications. A first volume was published by the CCA and Sternberg Press in 2013. The book includes an introductory essay by Greg Lynn and interviews with the architects of the first four selected projects: Peter Eisenman, Frank Gehry, Chuck Hoberman and Shoei Yoh. A second book, forthcoming in 2016 from the CCA and Sternberg Press, presents perspectives on the origins of the digital in architecture. This publication widens the topic beyond the narrative of the three Archaeology of the Digital exhibitions, following simultaneous and perhaps contradictory trajectories that emphasize various origins of the thinking embedded in a digital approach to architecture and identifying the impact of the digital as both a technological tool and a generative system.

Since 2014, the CCA has published a series of digital monographs on each of the projects featured in the three-year exhibition program: Biozentrum by Peter Eisenman; Expanding Sphere and Iris Dome by Chuck Hoberman; Galaxy Toyama and Odawara Gymnasium  by Shoei Yoh;  Lewis Residence by Frank Gehry; NSA Muscle by Kas Oosterhuis; Hyposurface by Mark Goulthorpe; NYSE Virtual Trading Floorby Asymptote Architecture; X Phylum and Catastrophe Machine  by Karl Chu;  Objectile  by Bernard Cache;  H2Oexpo by Lars Spuybroek; Interrupted Projections  by Neil M. Denari Architects and Carbon Tower  by Testa & Weiser. Designed by New York-based studio Linked by Air and available on iBooks, the series incorporates vector drawings, video, animations, audio and even digital 3D models. The remaining projects featured in Archaeology of the Digital: Complexity and Convention will be published in forthcoming monographs over the course of the exhibition. 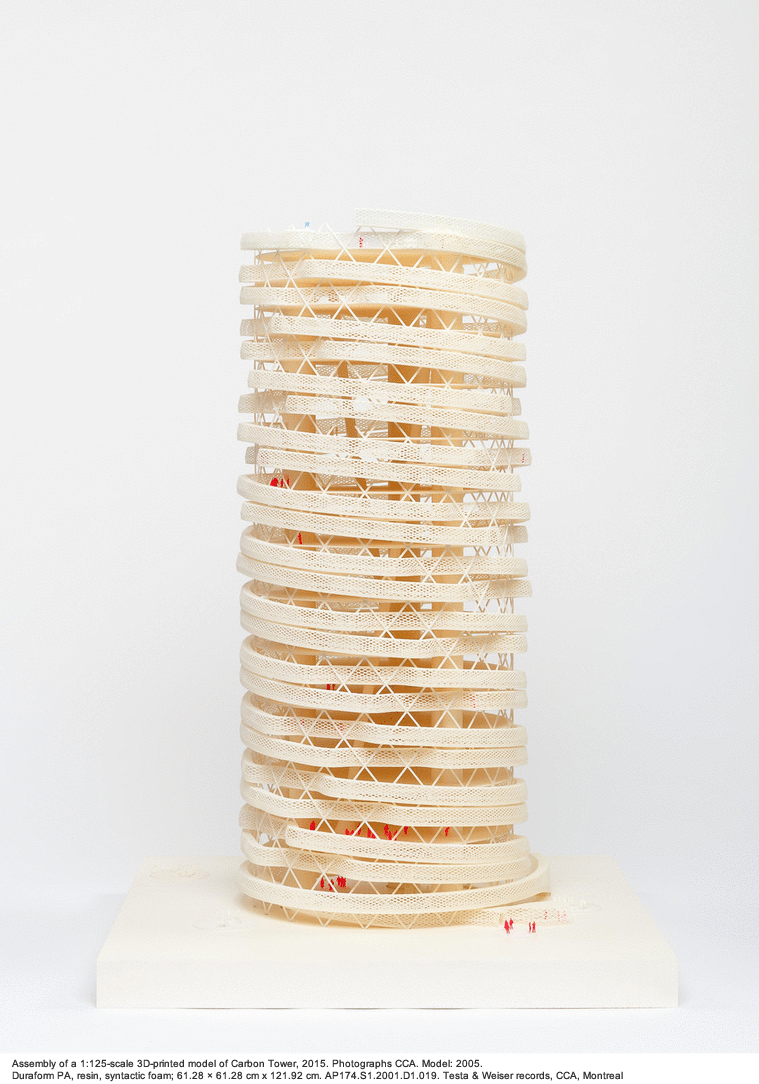 Greg Lynn is the founder and head of Greg Lynn FORM. He is an Ordentlicher University Professor at the University of Applied Arts in Vienna and a Studio Professor at the School of Architecture and Urban Design at the University of California, Los Angeles, where he is currently spearheading the development of SUPRASTUDIO, an experimental research robotics lab. He has been the Davenport Visiting Professor at Yale University since 2001. He won a Golden Lion at the Venice Biennale of Architecture in 2008 and has represented the United States at the American Pavilion at the Biennale in 2000 and in 2016. He received the American Academy of Arts & Letters Architecture Award in 2003 and was awarded a fellowship from United States Artists in 2010.

The CCA is an international research centre and museum founded in 1979 on the conviction that architecture is a public concern. The institution is a leading voice in advancing knowledge, promoting public understanding, and widening thought and debate on architecture, its history, theory, practice and role in society today.