Celebrating the roots of automated music. Interview with Volkmar Klien

Music like a living thing, and, as all contemporary living things, helped by digital tools to “spread the wings” of its possibilities. This could be described as one of the reasons for the artistic investigation of the sound artist Volkmar Klien. As a life form, Klien’s music is moving, expanding itself, far from its original birthplaces and comfortable homes.

Born in Wien, place where well established historical institutions celebrate the most classical and prestigious rites of music, Klien has proposed instead new musical territories and, consequently, music directly inspired by these environments. This approach is particularly relevant in a world assaulted by random, commercial, stereotyped sounds, therefore trying to gain attention for a more “responsible”, deep, careful, fruition of music before all, and then even challenging our perception skills and habits. 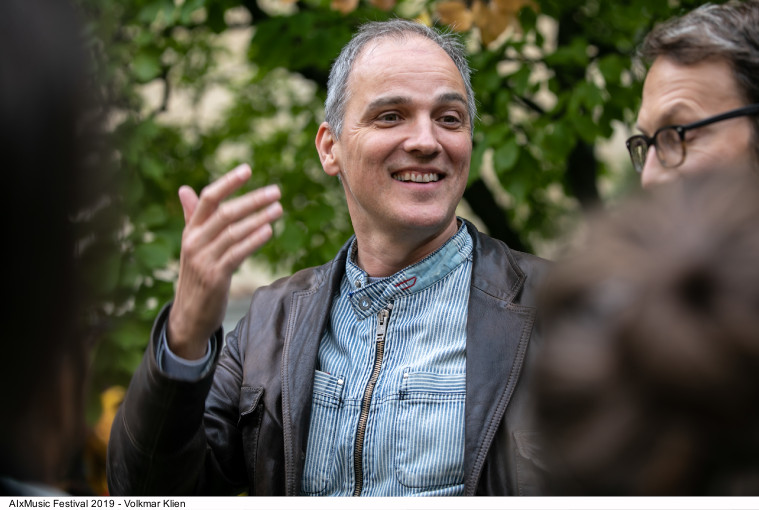 This experience and attitude has been precious for his curatorship of Artificial Intelligence x Music Festival 2019, that took place in Sankt Florian Monastery – not far from Linz, Austria – and hosted inside the wider frame of Ars Electronica Festival in its 40th anniversary, organized also as part of START (Science, Technology & the Arts) initiative of the European Commission, within its research and innovation program). Celebrating the roots of “automated” music, the AIxMusic Festival got inspiration also from antique and baroque music, with a program spanning from Monteverdi to contemporary sounds. It has been a multi-purpose investigation, at different levels, about the human-machine interaction producing sounds, with the intervention of various professionals from different disciplines, from technologists and scientists to musical authors. Public and artists have filled the precious baroque halls of the monastery, attending to concerts, performances, exhibitions and conferences.

How a primary and ancient form of communication, such as music, can be influenced by data collection and processing tools of contemporary technologies? Examples and replies have been given during the festival, but obviously, several questions are still open.

We met Volkmar Klien, asking him a few questions about the festival, and these subjects. He is currently curator of the Electronic Music Department in Alte Schmiede Kunstverein in Wien, and teaches composition, conducting and computer music at the Anton Bruckner Private University, in Linz. 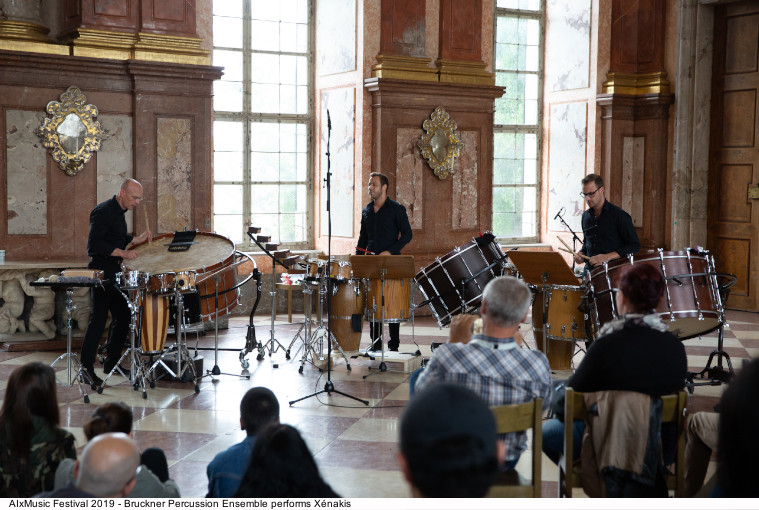 Marco Aruga: You are the curator of the Artificial Intelligence Music Festival at St. Florian, for Ars Electronica. Which have been the main difficulties and challenges in organizing this event?

Volkmar Klien: Well, as of now, not so many difficulties. Challenges are quite a few, but what we would look after is, on one hand, to show what is possible in terms of “automated” music creation, by machine learning, artificial intelligence, deep learning… whatever you call it. But primarily to reflect what’s happening with our society with music, or with groups that play together in music, through these inventions or integration of new technologies. So, we have been mainly reflecting different systems of “putting things in order” like musical systems. This year coincides with the 400th anniversary since Johannes Kepler published Harmonices Mundi, in Linz: so we have got music starting from this time, 1619, like Monteverdi, Bach, Cage, and Josef Mathias Hauer, just to show that the reflection in music systems is anything fundamentally new, that the automated generation of sound and music has been an incentive in these projects, for artists as well as scientists. 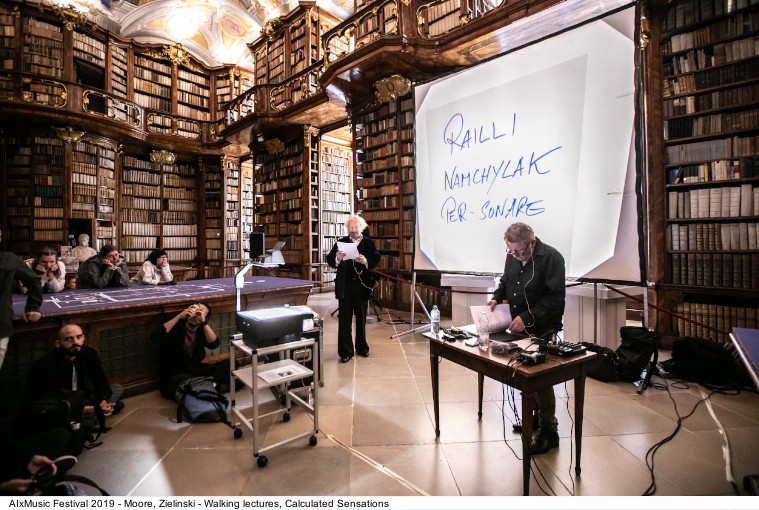 Marco Aruga: How can we describe the current relationship between the possibilities given by Artificial Intelligence and the work of the musical authors?

Volkmar Klien: I think that at the moment this is completely open because most of the research about automated creation of music is really getting much better in the last couple of years, with the invention of new technologies, with the advent of stronger computers.

At the same time, artists are starting to reflect on these possibilities. What is usually happening in automated creation of music is that you take a repertoire (as many songs by one composer, or one tradition, as you can get), in a machine-readable form, and then a software creates its own models. It recognizes the patterns: this follows that, that follows this, these are the temporal curves… it’s a kind of “found” in the repertoire, which let it just make something similar. To me, and to most artists, that isn’t an artistic proposition. It is creating more clichés, musical clichés, if we just look at it this way. And it is a valid research, for information retrieval, for generation and pattern recognitionc and so on, but an artistic use of that technology is something that also looks at the technology itself, questioning what does it has to do with our society. 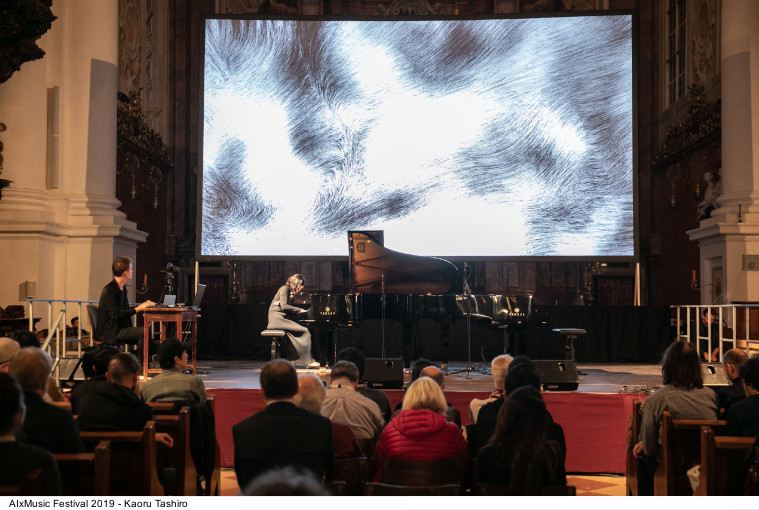 Marco Aruga: We still teach machines. What machines can teach us at this point? How do they implement the composers’ tools?

Volkmar Klien: I think it is important to realize that every machine is man-made. So, you learn from machines all the time. You learn from the piano what music is, what musical thought is: there are twelve notes, and nothing in between. Every machine comes with its own set of concepts, of what music should be. The same the music you learn from cars, or from hammers. The tool you use changes the world. In a way, it is the machine that teaches you, but humans put concepts into tools and in musical forms. And this is what you learn by using that. Of course now, with digital tools, with “deep learning”, it has become a lot more complex and more powerful tools have been around for some time. If you look at the social media (fake news, for example) soon you realize that they also come with really powerful problems, because they create positions of power. If you can create automatically music in the response of “customer needs” for millions, hundreds of millions, in real-time, suddendly you realize that making music is actually also a position of power. You form people’s lives through music. And if you can basically own computers doing that, you are quite an influential guy. 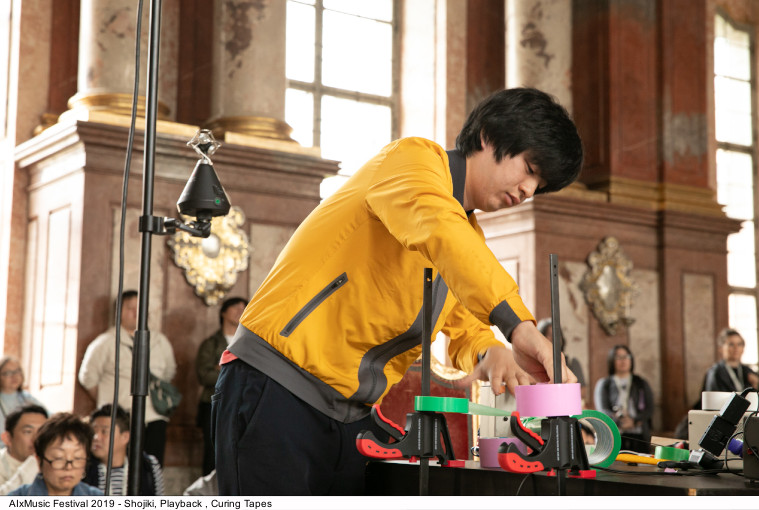 Marco Aruga: We plan what machines can do. At last, maybe playing with machines is still playing with our brain or is it anything else?

Marco Aruga: How can we imagine the developments of Artificial Intelligence in music? Can we imagine, for example, a real-time dialogue between man and machine? Are there now unexpected directions that music could take, in your opinion?

Volkmar Klien: Usually, the future is quite hard to foresee. In the area of research about artificial intelligence there has been a long history of “In five years from now, we will be able to… whatever”. So, who knows? But there is a kind of dystopian view in which we’ve got one big “Other” (or “Big Brother”), providing music, in real-time, according to your needs. Wearing a wristband, they know your heartbeat, who you are, your kind of sexual preferences, your musical preferences, level of income, and so on. If you are able to create something that is a kind of musical “feed” that fits your heart, and your body temperature, this is really an invasive “surgery” of your brain. It can be very manipulative.

At the same time, it gives to me, as an artist, a new way of reflecting on human practice or finding out more what he is really doing.  There’s a very interesting thing about AI: they are machines based on pattern recognition. It is a very “cold” look at human practice, it really looks from the outside onto the human habitat, from a fundamentally “alien” perspective. This can actually help you to see your own practice from a very different point of view, adding a new perspective, and opening your fields of thought. So, it can be very useful as an artistic practice. 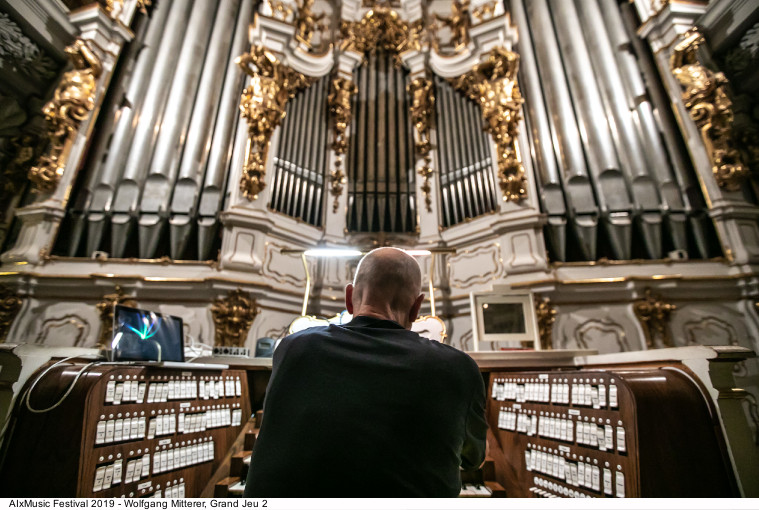 Marco Aruga: The most intriguing aspect of this scenario is the fact that we give a creative role to a machine  it happens not only in music, and by the way, the rules for the machine are given by the man, at last. What do you think about these aspects?

Volkmar Klien: I think, as an artist, that I am closely related, in terms of motivation, to an engineer in a way. Building machines is a creative process and, for example for this exhibition, I built a performance apparatus, that basically is a machine, doing the same performance over and over again. In building machines, as in writing a piece of music, or whatever work of art you are working in, you create new things that will then coexist with human beings. There are different forms in which machine making is defined by business, considerations and utility. You can create machines for no specific utilitarian reasons, but just to find out how the machines work. And this is something that really brings together the whole idea of making machines, digital or mechanical, and the artistic world.

Marco Aruga: Shall we see a machine playing jazz? Not a cliché of Jazz, but a new kind of Jazz?

Volkmar Klien: The question will be if it is going to be Jazz, who knows what is going to happen? To me making music is something that really is justifying the human existence, if you do it together with people. There could be also machines involved, but the main idea is to spend time in a good way. It is a “practical philosophy”, in a way. It is a way to live a good life. There’s no reason why I want a machine to take care of that for me. So, I’m into making music myself, with or without machines.