Writing the History of the Future: Signature Works of the Singular ZKM Media Art Collection 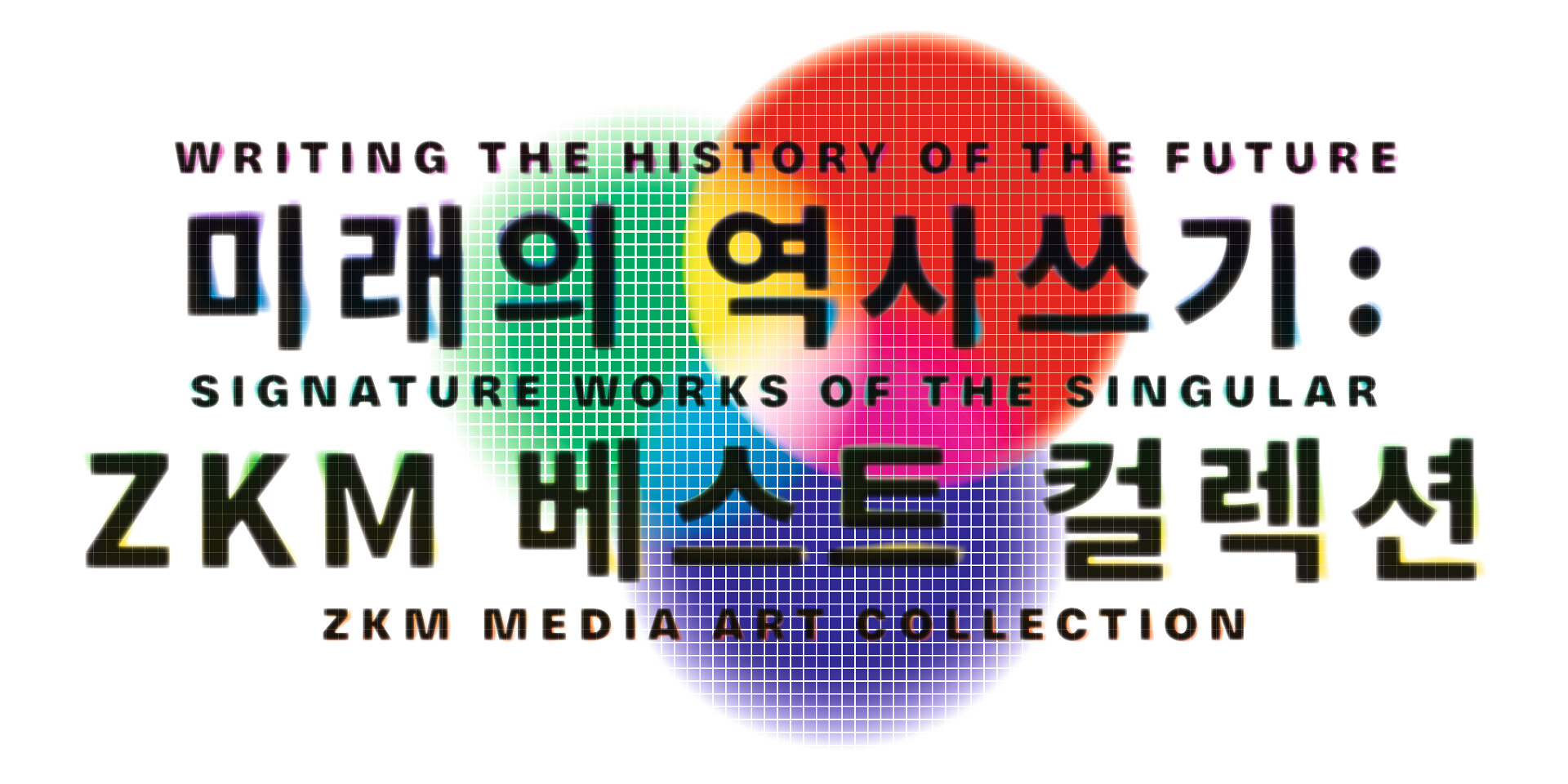 In the exhibition Writing the History of the Future: Signature Works of the Singular ZKM Media Art Collection at the Gwangju Museum of Art in Gwangju, Korea, the ZKM presents key works from its media art collection, which is one of the largest of its kind in the world. The presentation of the works is based on a new media-historical model: instead of a genealogy and history of styles, the development of art since the 1960s is told with a new model as migration of media on the basis of the changes in technical media and the associated aesthetic and social changes.

Media art, understood as an art form that relies on technical apparatus for the production, distribution and reception of artworks, is intrinsically linked to the history of technology. In the 20th century technical media radically transformed the image. Photography marked the beginning of the apparatus-based production of images, electrical telegraphy their disembodied distribution, and film their reception via technical equipment. Through mechanical, electrical, electronic, and digital technologies, the art of the 20th century expanded from the canvas to the screen, from the book page to the website, from the contemplation of a single object to the practices of global communication. Photography, film, phonography, radio, television, video, computers, and the Internet have redefined the relationship between artist, work, and viewer as well as our notions of the creative act.

With the industrial revolution and the arrival of machines in the arts, the focus shifted from space to time and movement: In addition to the space-based formats of painting and sculpture, time-based moving images (the illusory movement of cinematography) and objects (the real movement of kinetics) emerged. Elements of the time-based performing arts of music and theater were incorporated into the visual arts (sound art, performance, happening). Video art and interactive, computer-based installations called on the audience to experience the artwork by becoming part of it. This development led from the moving images to viewers in motion, to participation and interaction.

The exhibition brings together around 90 works in six sections that reveal the transformation of the genre of portraiture, the representation of the body, landscape, and architecture by the media, as well as the change in our conception of human and machine creativity: through works of graphic art and photography, film and video, with interactive computer-based installations, to digital works created with the aid of artificial intelligence techniques.

The title of the exhibition Writing the History of the Future reminds us that time and again, artists have anticipated aesthetic, media, and social practices—those artists write the history of the future.

From February 23, 2019, to January 9, 2022, Writing the History of the Future was exhibited for the first time at the ZKM, based on a concept by Peter Weibel and Margit Rosen. The adapted exhibition Writing the History of the Future: Signature Works of the Singular ZKM Media Art Collection in Gwangju is jointly produced by the GMA and the ZKM within the framework of the UNESCO Creative Cities Network in the field of media art.