We are the robots! 18th edition of ELEKTRA Festival

Written in 1978 by the popular German group Kraftwerk, the words “we are the robots” are prophetic of our era of day-to-day control and surveillance, where major corporations know more about us than we know about our-selves, where machines are filled with data to make them more intelligent than humans, and where automation announces an uncertain future for many social groups.

At the same time, staggering possibilities are being created in which human beings need to become one with technology and in which visionaries such as Elon Musk create companies like Neuralink to merge the brain with artificial intelligence.

This is the backdrop against which ELEKTRA continues its AUTOMATA trilogy in 2017 and 2018, this time with the theme THE BIG DATA SPECTACLE

The first edition of AUTOMATA explored the creative capacity of machines (for a possible audience of machines), while the 2017 edition looks at the promises kept by major advances in fields of artificial intelligence, particularly machine learning, data mining and human-machine hybrids, notably in art. 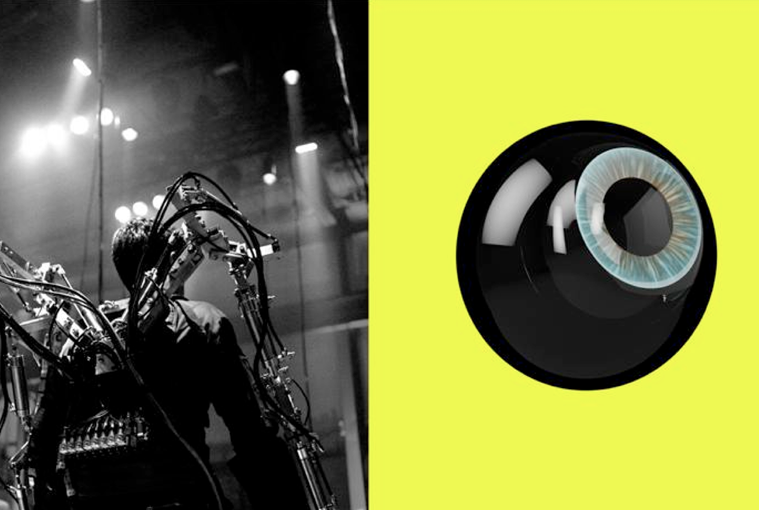 «The danger is that man could actually be transformed into an unfeeling machine.» George Orwell, 1984

“With Inferno, we try to bring the machine as close as possible to the spectator’s body, to create an almost intimate connection between the two.” Louis-Philippe Demers

Opening the festival on June 28 and 29, after a resounding success in 2016, ELEKTRA presents the incredible performance INFERNO by artists Louis-Philippe Demers and Bill Vorn. INFERNO is a participative robot piece where spectators don exos-keletons and become actors in the performance.

On the heels of a world tour, and before going back on tour in Europe and South America, this show offers 49 audience members a chance to enjoy a unique experience in which their bodies are controlled by the artists, creating improbable choreographies, synchronized with music and light.

As a second pièce de résistance and a Canadian premiere, ELEKTRA will present, in coproduction with the Cinémathèque québécoise, the panoramic video installation Inverso Mundus by the Russian collective AES+F. Shown at the Venice Biennale in 2015, the piece was etched in viewers’ minds with its absurd interpretation of the medieval carnival in the contemporary world. Inverso Mundus presents emotionless humans, verging on humanoid, living in social utopias like zombies. 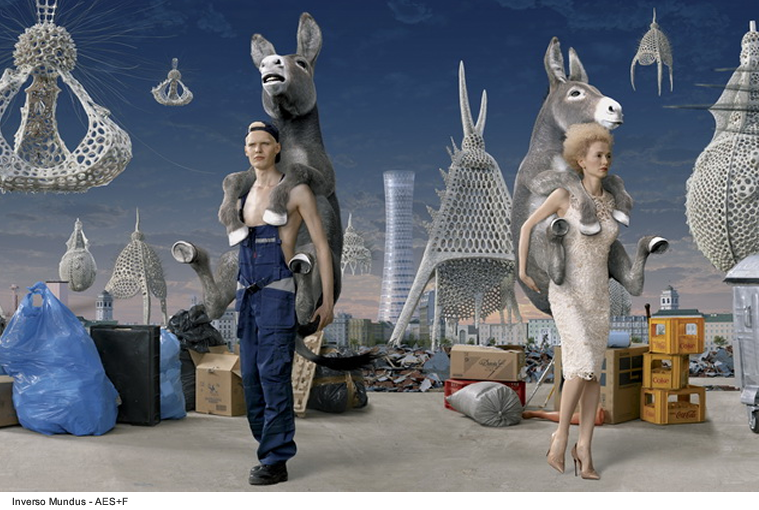 Alongside the ELEKTRA festival, the 11th edition of the International Marketplace for Digital Art takes place June 28 to 29 during two afternoons, once again this year at the Cinémathèque québécoise.

In 10 years, the Market has become the most prominent platform for local digital artists to take their work around the world. The Market generates significant cultural and financial spinoffs, with many pieces having been presented beyond our borders since 2006. The Market has also been an opportunity for major players from the international digital art scene to form ties. The presentations that take place at the Market are a unique opportunity to discover local creations and international programming. The Market has two main streams of presentations: local artists, collectives and organizations showcase pieces they wish to present abroad to international players, and international organizations (producers, presenters, curators, gallerists and journalists) provide an overview of their activities and programming priorities.

On June 3, a performance resulting from the educational activity, Écosystème numérique #Data Montréal – directed by Mickaël Lafontaine, with guest artist Herman Kolgen – will return to Eastern Bloc. This activity falls under the theme of the second edition of AUTOMATA, and the presentation is the result of a series of workshops that introduced students to data mining and techniques for interpreting and visualizing that data. During the performance, the students will create maps of their city. These maps will offer a unique perspective on the city from the encounter between open data from the city and the students’ digital explorations. 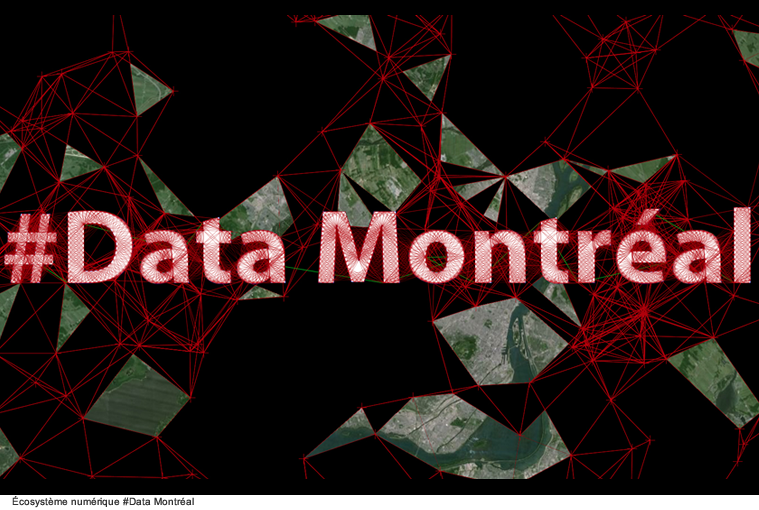 In partnership with Montreal Printemps Numérique, ELEKTRA will present at Shaughnessy House installations by emerging Montreal artists Adam Basanta, Maxime Damecour and Lucien Page. Initiated by Montreal Printemps Numérique, this networking platform to develop digital creations in Montreal is in its third edition and has brought together members from a range of business sectors that gravitate around digital technology. #intersections is a unique opportunity to reach a new audience that is curious about the creative possibilities of recent technologies made available to artists.

With THE BIG DATA SPECTACLE, the 18th edition of the ELEKTRA festival will look at the role of art and artists in processes and methods that use statistical and deep learning techniques. Data mining and analysis have become essential techniques for businesses to gain a competitive advantage, but they require exponential growth in the capacity of hardware and software technology for analyzing and managing this information. Artists also find avenues for exploration and creativity in these technologies and techniques of control.