Museum Brandhorst presents Future Bodies from a Recent Past—Sculpture, Technology, and the Body since the 1950s, a large-scale research and exhibition project investigating the impact made by technological developments and changing notions of the body on the medium of sculpture.

The human body is permeated and shaped by external influences. The fundamental impact that the rapid technologization of our living environment has—and will continue to have—on our bodies is as evident as it is unpredictable. Ever since industrialization, technological progress has been associated with promises of modernization and freedom, while at the same time being cited as the cause of man’s alienation from his “nature.” This also and especially applies to the transition from the “mechanical” to the “information age,” which manifested itself with increasing speed and on a broad scale in the 1950s. The networking of bodies with technological dispositives, but also enhancements or extensions of body and mind, have long become reality. They stand as much for fundamental redefinitions of humans as for apocalyptic visions of their ultimate overcoming. 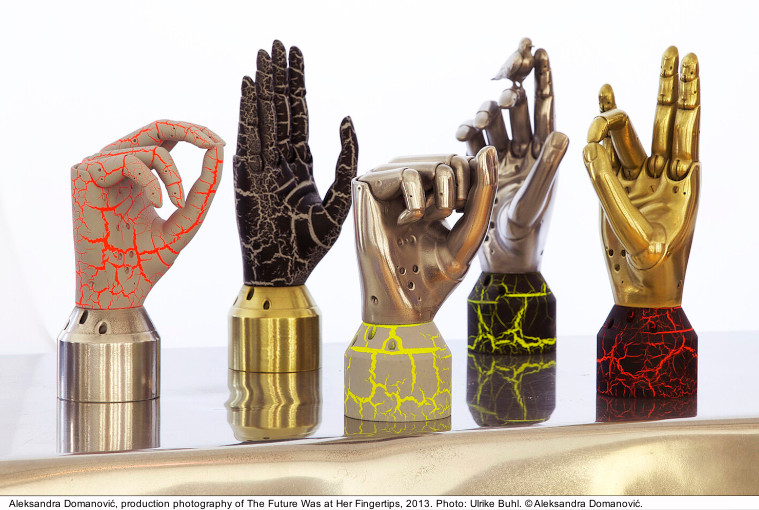 Technology permeates the body, the body permeates technology. What is immediately evident for contemporary art, and especially post-digital practices with their rematerialized avatars and techno bodies, can be traced back to the beginnings of modernity as a hitherto little-noticed history of art and especially sculpture. This history of sculpture is one of hybridization and the dismantling of its purported autonomy, which begins well before the historicized narrative of the dissolution of the medium in the 1960s and continues in sculptural forms up to the present day. In the process, the resilience of sculptural categories—spatiality, plasticity, motion/animation, and form/materiality, but also its intrinsic forms of corporeality—moves into the focus of consideration.

During the three-day international symposium, leading theorists will explore the lines of reference between technology, the body, and sculpture from the perspectives of art history, philosophy, media and literary studies, sociology, and the history of science. With contributions on individual artistic positions and specific thematic complexes, such as the influence on sculpture of changing production technologies, materialities, and concepts of the body, but also interdisciplinary considerations of body-technology relations, a multi-perspective history of contemporary sculpture will be outlined.

For more informations and the timetable: https://www.museum-brandhorst.de/en/future-bodies-symposium/