Rosa Barba: from source to poem to rhythm to reader

Rosa Barba’s films and sculptures bring together memory and fiction, documentary-style narrative and sci-fi storytelling, in a wide-ranging reflection on the poetic qualities of landscape as a place deeply engraved with the traces of history.

Primarily employing 16 and 35 mm film—both as a medium, and for the sculptural and material qualities of the film stock, beams of light and projectors—Barba probes its limits and possibilities, turning the traditional cinematic viewing experience on its head and challenging the notion of linear time.

Throughout Barba’s work we find portraits of obsolete architecture and natural landscapes, scenes from remote deserts, skeletons of industrial buildings, and fragments of writing and words from artists, poets, and geographers. The artist presents these places as spaces of memory, where certitudes coexist with vulnerabilities, and the past merges with a constantly unfolding present. 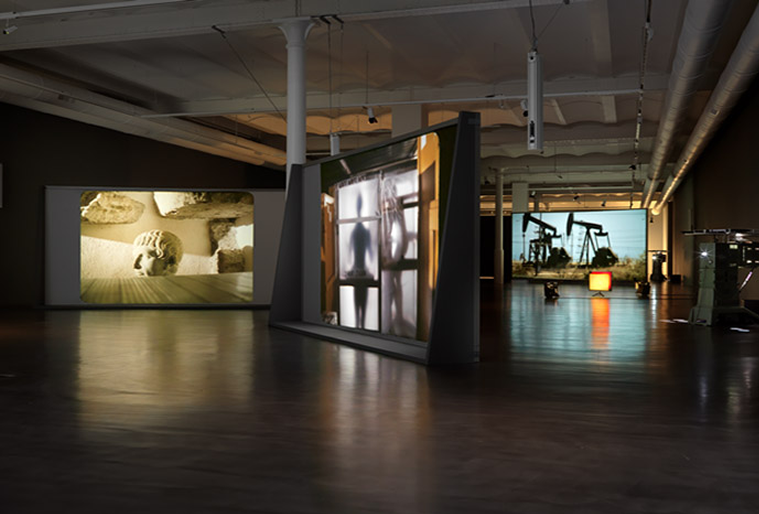 The exhibition at Pirelli HangarBicocca, alongside an extensive selection of sculptures, films, and light events in the Shed space, will feature the Italian premiere of a new 35 mm film, From Source to Poem (2016), that reflects on the places where cultural history and artifacts are preserved and passed on to future generations. Shot in the US at various historical archives, including one at the Library of Congress – National Audio Visual Conservation Center that contains hundreds of videos, television episodes, audio recordings, articles and other texts, the film investigates what could be seen as the cultural legacy of twentieth-century Western civilization.

In the artist’s own words: “With the new 35mm I’d like to examine further the geographies we create around us. I’d like to start a dialogue on the meaning and content of the collective effort in storing cultural values.”

Rosa Barba, From Source to Poem is a co-production of CAPC musée d’art contemporain de Bordeaux and Pirelli HangarBicocca, with the participation of Tabakalera, Donostia. 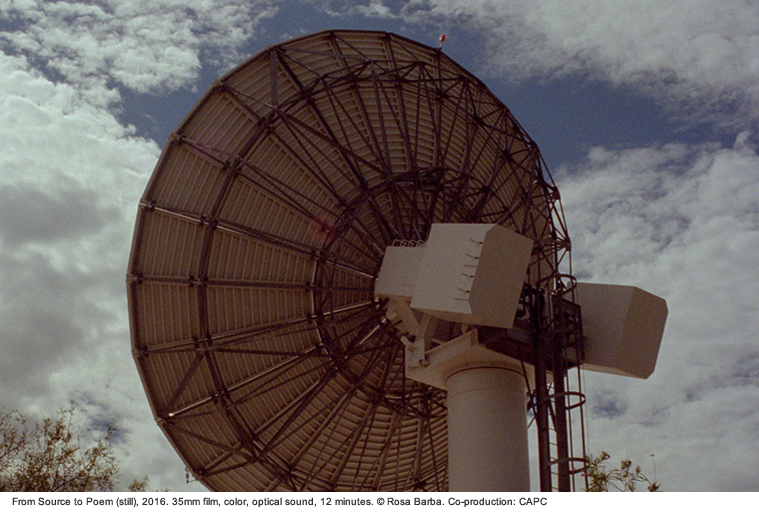