The Barbican presents two new digital artworks as part of This is Rattle marking Sir Simon Rattle’s inaugural season as Music Director of the London Symphony Orchestra, and as Artist-in-Association with the Barbican and the Guildhall School of Music & Drama.

Interlock: Friends Pictured Within is devised by Barbican Guildhall Creative Learning with musician Anna Meredith and artist Jonathan Munro and Less than Thirteen is a new digital work from award-winning artistic duo Cleary Connolly, jointly commissioned by the Barbican and LSO.

Both relate to Elgar’s Variations on an Original Theme: ‘Enigma’, which will be performed in Sir Simon’s inaugural concert on 14 September. The two installations form part of the Barbican’s foyers programme which extends the Barbican’s artistic programme beyond the walls of its venues and into its public spaces, giving visitors opportunities to experience outstanding art for free. 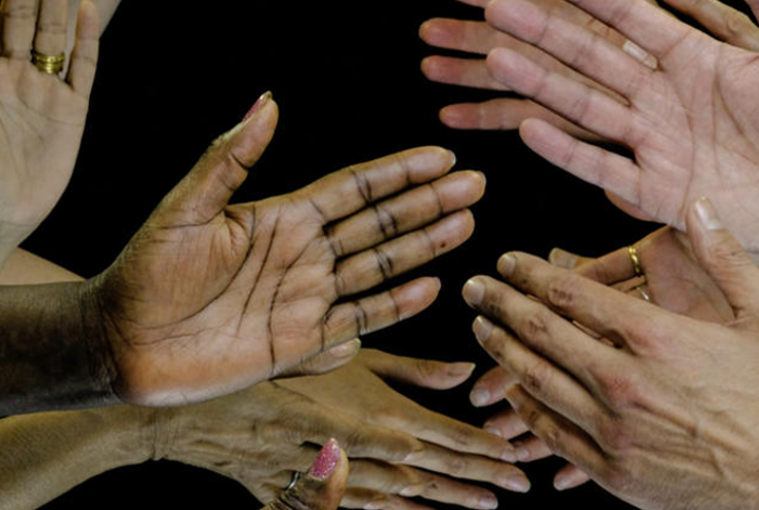 Interlock: Friends Pictured Within is a new interactive multimedia installation from musician Anna Meredith and artist Jonathan Munro together with over 100 community participants from east London. It was devised by Barbican Guildhall Creative Learning, which supports people of all ages and backgrounds to access world-class arts for free.

Interlock: Friends Pictured Within explores Elgar’s Enigma Variations, a piece Elgar wrote to characterise his closest friends, representing aspects of their personalities and memorable episodes in their relationship through his musical compositions.

After examining the characteristics and personalities of each other in a series of workshops, the participants have composed and captured their own variations; these fourteen group variations are expressed in different art forms such as music, dance, illustration, poetry, visual art and animation.

Each of these self-contained pieces interlock when placed into the interactive installation created by Anna Meredith and Jonathan Munro, bringing together the individual artworks. Visitors to the Barbican Centre will be able to trigger the different audio visual artworks using floor sensors, creating their own composition.

The Barbican and LSO have jointly commissioned a new digital work from award-winning artistic duo Cleary Connolly for the Concert Hall Wall, situated in the heart of the Barbican’s foyers.

Less than Thirteen is a large-scale projected artwork, which interprets the movement of Sir Simon Rattle conducting. The silent, abstract videos reduce the human form to a series of animated dots based on motion capture of Sir Simon’s conducting of Elgar’s Enigma Variations. The work explores the inherent musicality of movement, investigating how the conductor’s movement, although silent, can conjure up an aural response from the orchestra.

Less than Thirteen draws on Gunnar Johansson’s theories of motion perception, which showed that as few as thirteen moving points can be fully understood as a human body. The projections visualise Sir Simon Rattle in less than thirteen moving dots, further abstracting the motion while striving to evoke melody and music in the minds of visitors.

The LSO worked with the University of Portsmouth and Vicon Motion Systems on a concept devised by The Partners to capture Sir Simon Rattle conducting Elgar’s Variations on an Original Theme: ‘Enigma’, using motion capture technology. Projections by Christie

This is Rattle runs from 14-24 September marking Sir Simon Rattle’s inaugural season as Music Director of the London Symphony Orchestra, and as Artist-in-Association with the Barbican and the Guildhall School. The celebrations include five concerts with the LSO conducted by Sir Simon. His inaugural programme features works by Thomas Adès, Sir Harrison Birtwistle, Oliver Knussen, Elgar’s Enigma Variations and the world premiere of Fanfare by Helen Grime, specially commissioned for the orchestra by the Barbican. This concert will be relayed live to the Barbican Sculpture Court’s outdoor cinema screen. 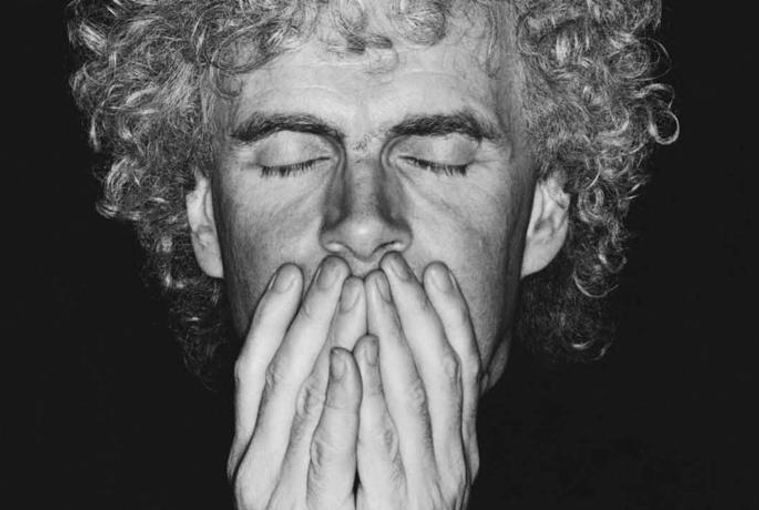 Parallel to the LSO’s concerts in the Barbican Hall, the four living composers whose work Sir Simon Rattle has chosen to be showcased in the opening LSO performance (Sir Harrison Birtwistle, Thomas Adès, Oliver Knussen and Helen Grime) will curate their own concerts at Milton Court, presented by the Barbican. This series focuses on British music from last 50 years, with each programme reflecting the composers’ personal inspirations and musical influences. This is Rattle is also a part of Culture Mile.