Globally recognised for his pioneering work in ‘relational architecture’, Rafael Lozano-Hemmer’s artworks make technological and person-centered interventions into the built environment. Occupying the space between performance and architecture, his installations tend to amplify the role of the citizen and disrupt hegemonic narratives. As he says in the film, “I believe there is a crisis in our cities, a crisis of representation. People are no longer feeling represented.” This is a crisis Lozano-Hemmer has spent over two decades trying to remedy.

This new short film from PLANE—SITE surveys several of the artist’s larger-scale interventions into public space. These include early works, such as 1999’s Vectorial Elevation, in which Lozano-Hemmer invited internet users to remotely design lighting sculptures in Mexico City’s Zócalo Square. 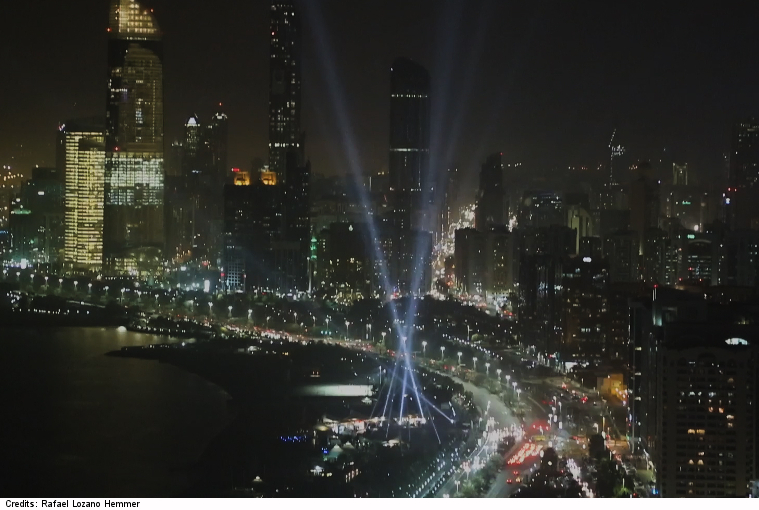 The project, created to welcome in the new millennium, saw this historic square surrounded by 18 powerful searchlights. The arrangement was mapped onto a website, which online visitors were free to design as they wished. Over two weeks, the website’s 800,000 visitors also left an array of messages, love poems, football scores, and even marriage proposals.

Public Interruptions also features a closer look at Voz Alta, Lozano-Hemmer’s groundbreaking memorial of the 1968 student massacre in Tlatelolco. Once the site of oppression, through the work the square becomes the apogee of free expression: visitors were invited to broadcast their own, uncensored words via megaphone, which were then converted into a dazzling beam of light. These same words were also broadcast live over FM radio.

The short film includes several other large-scale and interactive installations by Lozano-Hemmer. An interview with the artist also explores his deep engagement with public space and his ambition to offer agency to urban citizens. As Andrés F Ramirez, co-founder of PLANE—SITE, says, “Rafael’s work is a profound reminder of the symbolic power of the public, and simultaneously a playful invitation to actually participate in social life.” 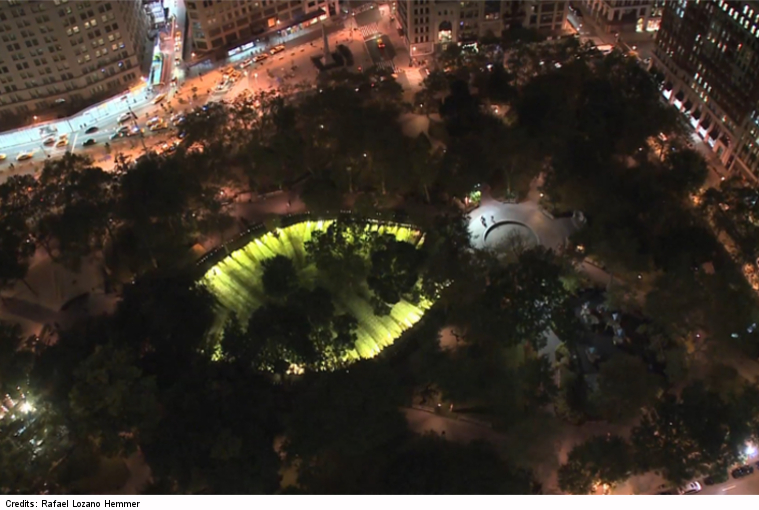 Rafael Lozano-Hemmer was born in Mexico City in 1967. In 1989 he received a B.Sc. in Physical Chemistry from Concordia University in Montréal, Canada. The twice BAFTA-winning artist has held solo exhibitions at the San Francisco Museum of Modern Art, the MUAC Museum in Mexico City, and the Museum of Contemporary Art in Sydney. He was the first artist to represent Mexico at the Venice Biennale. His installations have been commissioned for the Cultural Capital of Europe in Rotterdam (2001), the UN World Summit of Cities in Lyon (2003) and many others.

PLANE—SITE is a content agency specializing in the built environment, generating original and compelling narratives for global organizations and cultural institutions. They have previously worked with the World Architecture Festival, Pierre Boulez Saal and ArchDaily.