For 20 years, various forms of artistic, experimental, media-reflective as well as “serious” types of computer games have been developed. New strategies in gaming are based on artistic research in the growing fields of audio-visual media.

Computer games reflect and analyze the function and structure of our societies. The exhibition New Gameplay is comprised of six sections, presenting works of game art ranging from art that has computer games as its subject to computer games designed by artists. Classic media art and video games will also be a part of this engaging dialogue.

The section Homage à Nam June Paik reflects on specific works and strategies created by the Korean father of video art and analyzes them in juxtaposition with works of JODI, the artist couple who presents non-object games by transferring violent ego, first-person-shooter games into abstract forms. 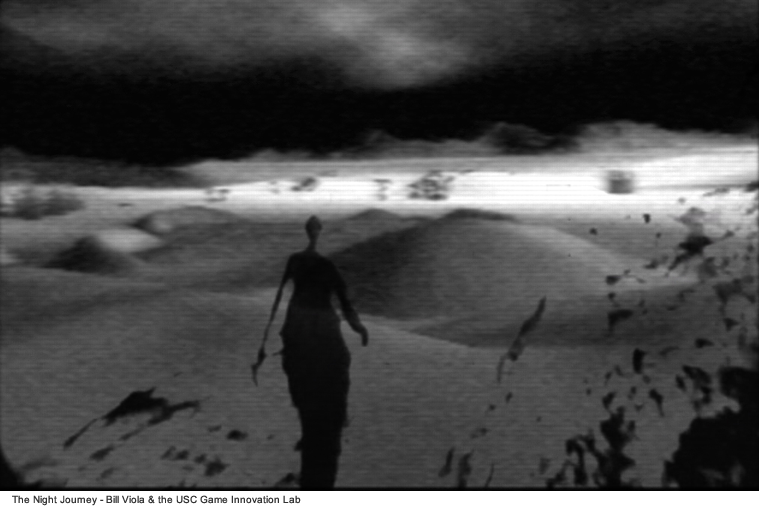 The Media Art in the Context of Games section includes The Night Journey by media artist Bill Viola who translates video aesthetics into the interactive form of a computer game. Chinese artist Feng Mengbo is represented by his work Long March: Restart, a 16 meter long satirizing jump and run of the heroic myth of the Long March of the Communist Party of China’s Red Army. Media art pioneer Jeffrey Shaw’s The Legible City also demonstrates the utilization of gaming formats in the field of art. The Hacking/Modifying Technology section reflects on Paik’s role as a forerunner of interactive art.

One area of focus is dedicated to independent and serious games, which have distinguished themselves by their particularly innovative game ideas, interesting experimental claims, and unique consciousness of their own means and forms of expression. Categorized as Society and Games, these works aim to enhance and train the users’ awareness of political structures and processes in their daily lives.

The Urban Play section demonstrates the virtualization of the urban landscape that uses latest developments in 3D-modelling and high-resolution immersive environments. The Games and Apps section presents fun mobile games for young visitors. 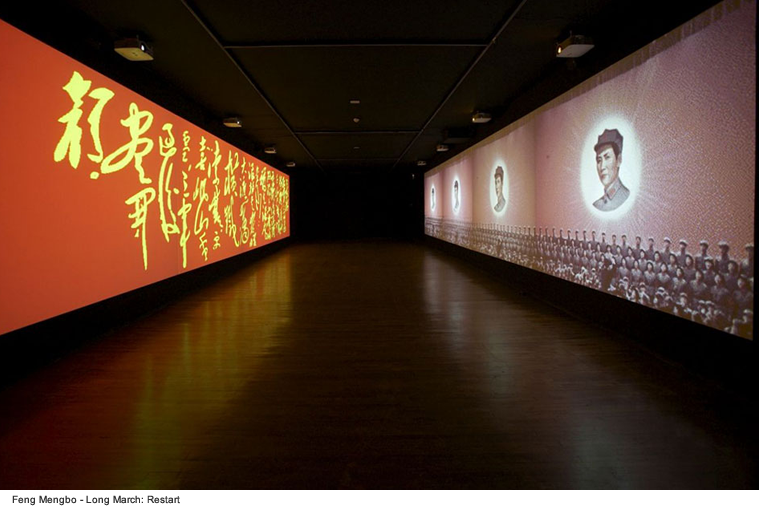