The Amsterdam-based design and research studio Metahaven use graphic design, identity branding, and product development as a means to negotiate the imagery and aesthetics surrounding commercial and political power structures. They describe their practice as speculative design, where design is “a tool used to inquire, to research, to anticipate—an instrument to imagine.”

In their hands, design is a means of knowledge production, and thus carries significant potential for social and political change. For this exhibition, Metahaven debut the first gallery presentation of The Sprawl.

The project explores the mutation of propaganda in the age of social media, with a particular focus on how the diffuse, networked circulation of messages through these channels affects how we read, interpret, and understand events. 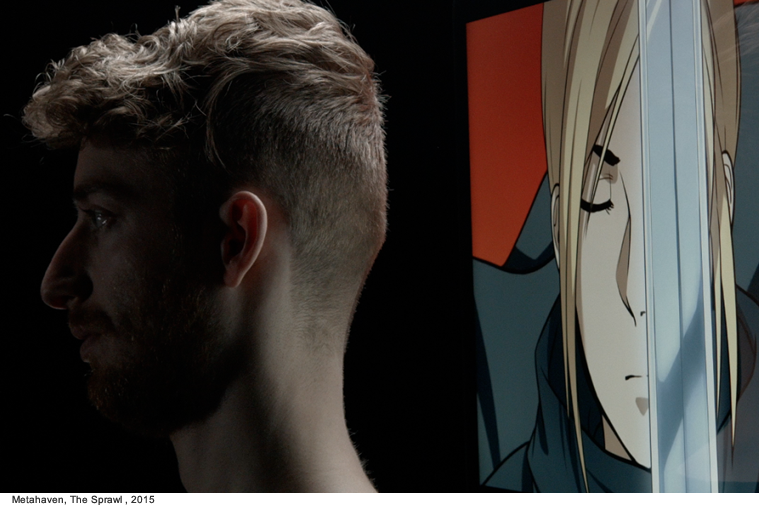 Presented both online as a series of short films distributed across various platforms and in the gallery as a multichannel video installation, The Sprawl exists in a dispersed format in order to occupy the same space as its subjects, in essence becoming, as Metahaven describe it, “propaganda about propaganda.”

At once a documentary, an art film, and a music video (with an original soundtrack by the electronic musician Kuedo), the project centers on recent communications through the Internet and traditional news media regarding the Ebola outbreak, the conflict between the Ukraine and Russia, and the rise of the Islamic State (ISIS).

Unlike previous eras, where the state continuously enforced one propagandistic message to the public, these three crises reveal how propaganda now exists within a horizontal field of instantaneous, multiple messages. 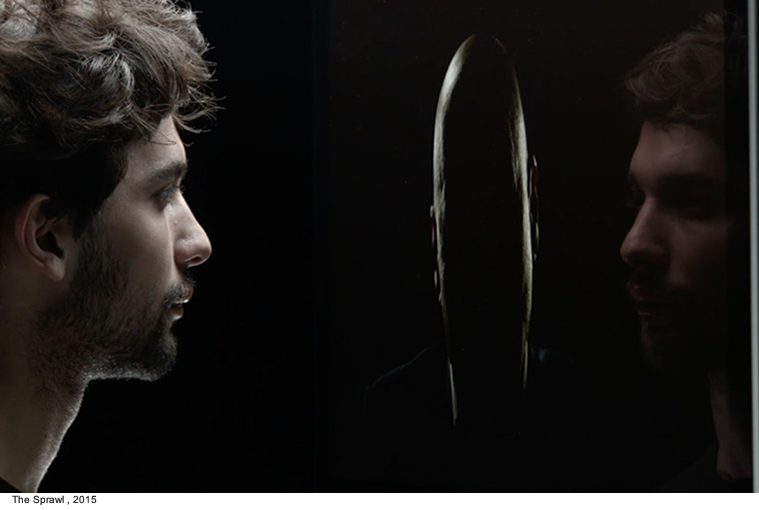 For the installation, the film is parsed into several looped video clips on large flatscreens affixed to custom mirrored structures around the gallery, creating a cacophonous theater. 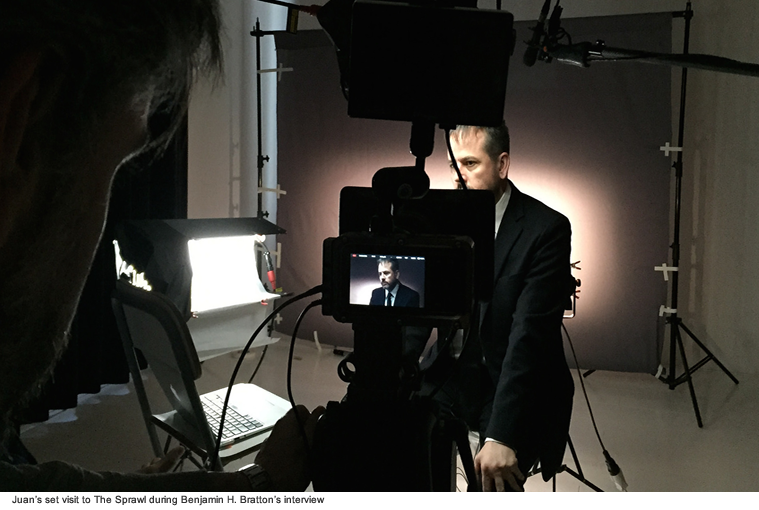 The Los Angeles-based artist Kevin Cooley (b. 1975, Los Angeles) explores humanity’s relationship with nature through photography, video, and multimedia installations. He frequently uses light and color, mobilizing both natural and human-made sources to create luminous scenarios that highlight our small place in a vast world, as well as our near-constant need to conquer our surroundings.

His installations envelop the viewer and subtly reframe our experiences of the world around us. While investigating the source of a leak at the suspended Gold King Mine near Durango, Colorado, EPA workers accidentally released approximately three million gallons of contaminated water from the mine into a river, polluting water sources in Colorado, New Mexico, and Utah.

For his solo show at YBCA, Cooley bisects the Terrace Landing with a newly-commissioned multimedia installation of videos shot near the site of the spill in August 2015, as well as rocks taken from the same area. 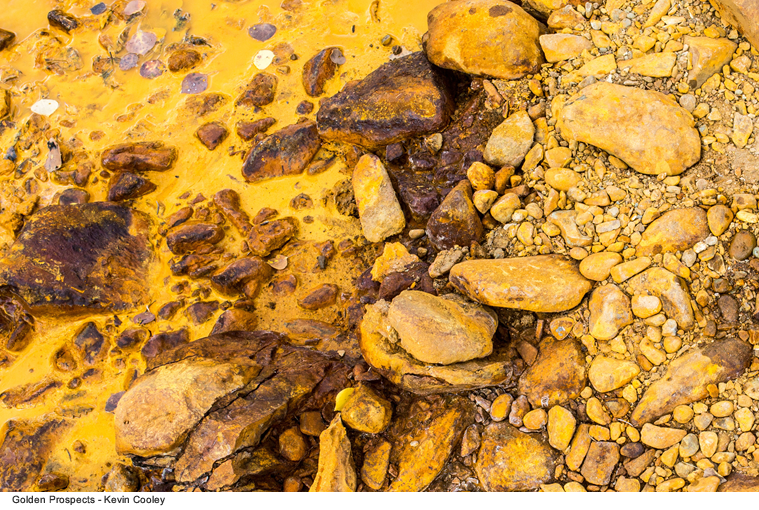 His video footage of nearby rivers and the surrounding landscape points to the difficulties of distinguishing between what is natural and what is caused by human interference, asking us to question whether, and how, to trust the elements that nurture and sustain us. 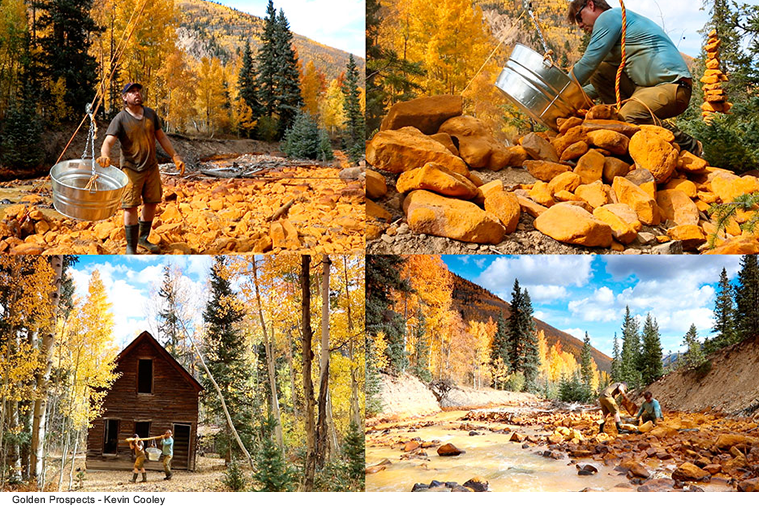 The series forces us to consider our most precious resources, and to reconcile our current actions with our future world. Kevin Cooley: Golden Prospects is curated by Susie Kantor, Curatorial Assistant, Visual Arts, Yerba Buena Center for the Arts.