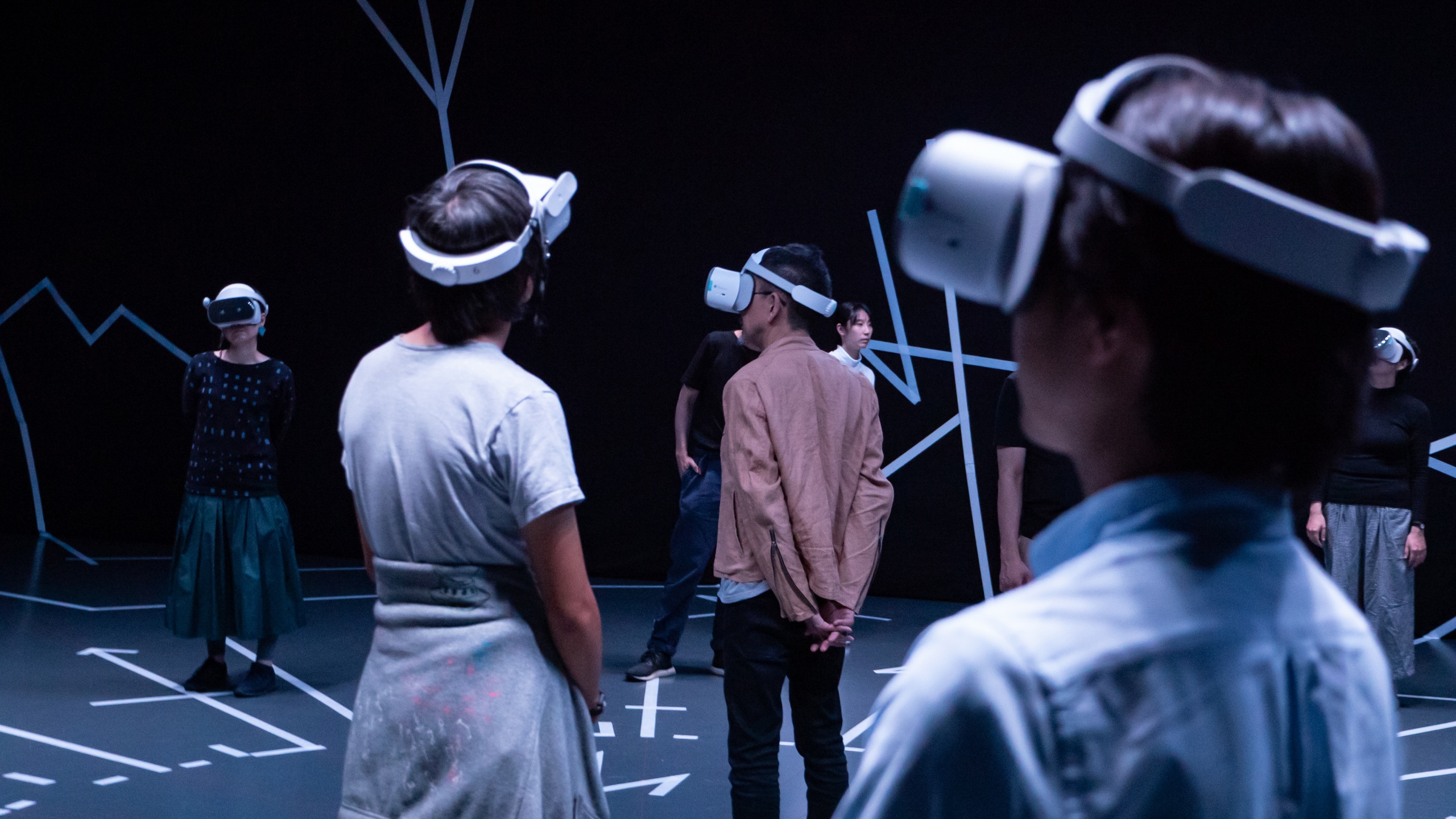 In his work to date, Koizumi has been approaching such topics as the relationships between nation, community and individual, and the connections between the human body and emotions, while interweaving aspects of reality and fiction. Elaborately integrating multiple techniques including dramatic, acoustic and visual elements, the resulting pieces have been highly regarded at international art festivals and other occasions related to contemporary art and theater.

This performance is based on “Prometheus Bound,” a tragedy written by the ancient Greek poet Aeschylus. Prometheus, while blessed with the ability to predict the future, steals fire from the almighty god Zeus, and eventually suffers eternal pain. Through VR, the audience will experience the sensations and emotions of a different “other” in the near future, seen through the lens of a mythical time.

This piece is based on the tragedy “Prometheus Bound” by Aeschylus (525 – 456 BC), who is known as one of the three great tragic poets in ancient Greece. In the original myth, the male deity Prometheus enrages the god Zeus when he steals fire from him and gives it to the humans. Prometheus is eventually condemned to suffer eternally while chained to a precipice. As the line ”every art possessed by man comes from Prometheus” suggests, the element of fire in the piece can certainly be understood as a reference to ”art.”

For us humans, technology has brought us convenience and progress, but it is also true that it had at once devastating effects on all forms of life on the planet, triggering wars and environmental destruction. Koizumi juxtaposes elements of VR and theater to explore possible ways of living, and discuss how our bodies may relate to technology in the future.

Visitors are free to walk around the venue wearing head-mounted displays, while listening to the “voices” that are audible from somewhere, and watching others in the audience gradually overlap with abstract animations. The sensation of being immersed in a ”virtual reality” commingles with the view of the “reality” that they are at once pulled back into, while the stories told by “other people’s voices” are superimposed as an additional layer onto the “reality” that every single visitor perceives, to sprout and inspire new narratives in each of them.