The work of Julieta Aranda has long been concerned with the workings of the social arena through human interaction, and the reciprocal relationships between both the production of the self as subject, and the space within which the produced subjects interact.

As many of these interactions take place through language, Aranda often uses language as material–she always organizes her research through crossword puzzles, where she juxtaposes concepts and develops new definitions for words, before developing her work on video and sculpture.

Locked in frozen vaults on Antarctica and Greenland—in the same manner that words are locked in a crossword—a lost world of ancient creatures awaits another chance at life. And so, As the Ground Becomes Exposed, acts exactly like a time-capsule from the distant past. The whole installation is a storehouse for words as the polar ice sheets are a storehouse of genes.

The work offers a cryptic glimpse of the life of the many millions of tiny organisms that may have been trapped there longer than modern humans have walked the planet, biding their time until conditions change and set them free again. 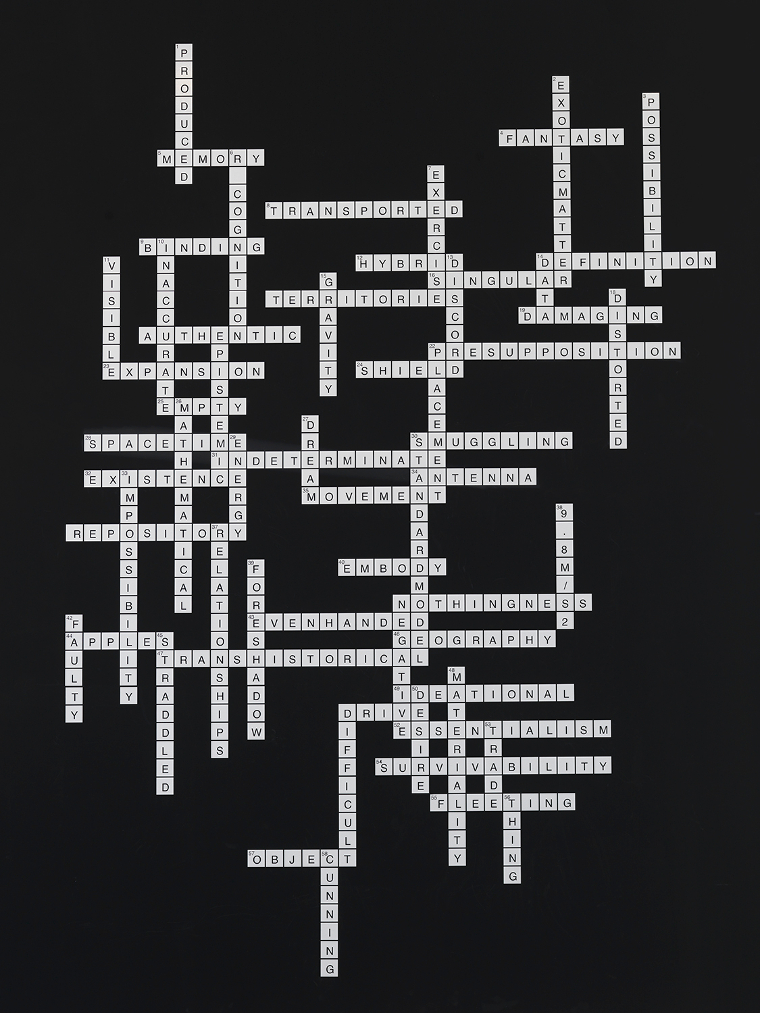 For her second solo exhibition at Francesco Pantaleone Arte Contemporanea, Aranda stops her process mid-way, and pays attention to her mode of conceptual organization as her main material—so while the subject matter for this body of work is Aranda’s research on the melting of the polar ice-caps and the rewilding that can result from it through the resurfacing of life forms that have been frozen in time; her focus is on the logic that she follows to understand and parse this information, and to separate herself and the work from the research. A series of steps that she uses to create autonomous space for the works to breathe, away from the text.

Words alone are not enough to produce meaning and to describe a situation. The German Literary Theorist Wolfgang Iser wrote that voids and gaps in a text trigger a game with the reader where the reader himself is forced to complete the text. The act of reading becomes performative, intrusive and demanding. The potential of the text, says Iser, lies in the reader’s will to play. The gaps in the text become opportunities for the reader to enter and start to act.

Those gaps and voids become appreciable in Julieta Aranda’s crossword puzzles. She collects words like literary souvenirs—from science fiction, art theory books and popular culture—and combines them in thematic and geometrical patterns. The meaning of the new text arises in the tension of the words and the unfilled squares.

This being the second iteration of this work (the first one was commissioned by the Art Institute in Basel, and presented at Der Tank in 2016 as part of The Organ exhibition series curated by Chus Martínez), it is possible to already see organic sculptural elements breaking through Aranda’s presentation, which is both a formal and playful exploration of her relationship to language, grids, and research. 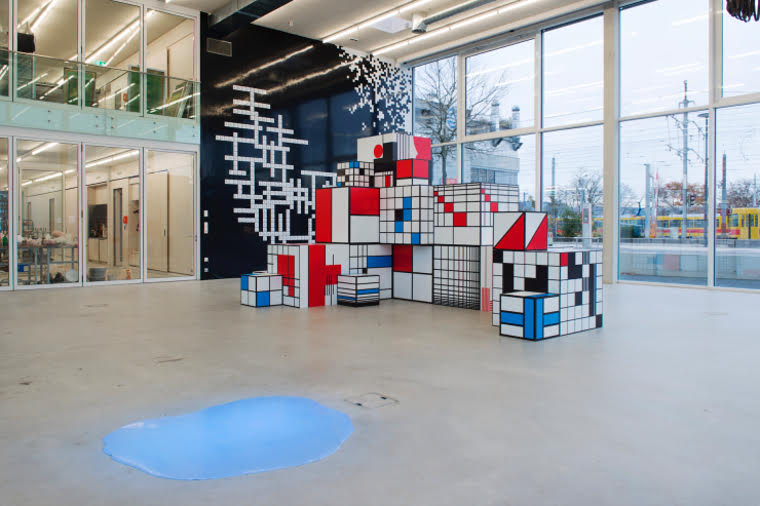 Julieta Aranda was born in Mexico City and lives between Berlin and New York. She teaches regularly for the master seminar Art & Science at the Art Institute in Basel. Aranda holds a BFA in filmmaking from the School of Visual Arts, and an MFA from Columbia University, both in New York. Aranda is co-director of e-flux.

Her explorations span installation, video, and print media, with a special interest in the creation and manipulation of artistic exchange and the subversion of traditional notions of commerce through art-making. Aranda’s body of work exists outside the boundaries of the object. Her installations and temporary projects, which often examine social interactions and the role that the circulation of objects plays in the cycles of production and consumption, are intensely site-specific.