Joan Jonas: From Away

This first retrospective in Canada devoted to the American multimedia artist Joan Jonas (b. 1936) will give insight into the artist’s oeuvre, spanning over five decades.

It begins with her early choreographic works and pioneering video performances, such as the “Organic Honey” series, and culminates with her most recent piece They Come to Us without a Word, which was presented in 2015 at the Pavilion of the United States for the 56th edition of the Venice Biennale, and will premiere in North America at DHC/ART. The multimedia installation and performance They Come to Us without a Word is emblematic of the artist’s long-term interest in environmental politics, the landscape and ghost stories of Nova Scotia as well as the writing of the Icelandic author Halldór Laxness.

Since the late 1960s, Jonas has intermeshed various practices to investigate notions of gender, narrative and the concept of experience and space, as an act of translation and critical interaction with sculptural concepts and forms, translated into performances and installations. A visionary to this day, Jonas has always understood art to be an intrinsically hybrid practice that allowed her to dissolve classifications while exploring physical and object-based boundaries of art through gestures and space. 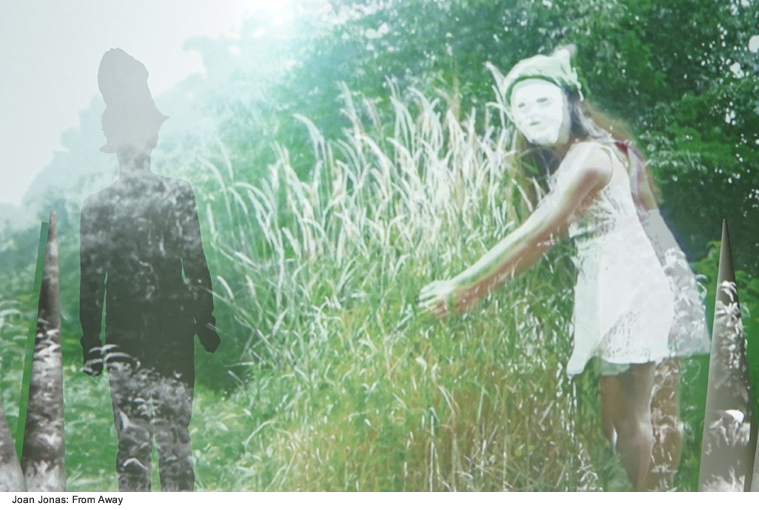 Jonas’s work, which has been exhibited extensively across the globe since the early 1970s, is dedicated to the exploration of non-linear narratives, oral history, as well as past and current politics; it translates popular culture, anthropological influences, and literary sources into a reduced and minimalist language of gestures, objects, and signs as an expanded notion of sculpture. Her intertwining of classical genres with cutting edge technologies, such as the combination of live drawing with video environments, offer both lyrical readings and cultural commentary on today’s world.

Jonas’s practice is rooted in her knowledge and passion for art history, mythology, poetry, literature, history, and cinema. She has traveled the world, from Cape Breton to Mexico, and from Japan to Iceland, weaving together a multitude of inspirations and sources: from Irish folk tales to Noh theater, from Greek mythology to psychoanalysis, from Ezra Pound’s poetry to Aby Warburg’s Atlas, right up to the effects of global warming and the torrents of current politics.

Two narrative threads will unfold throughout the exhibition, circling around the notions of transparency and opacity, and giving vision to Jonas’s engagement with the environment and her capacity to not only desynchronize the gaze upon the self, but to deconstruct the power structures at the heart of the relationship between individual identity and collective memory. 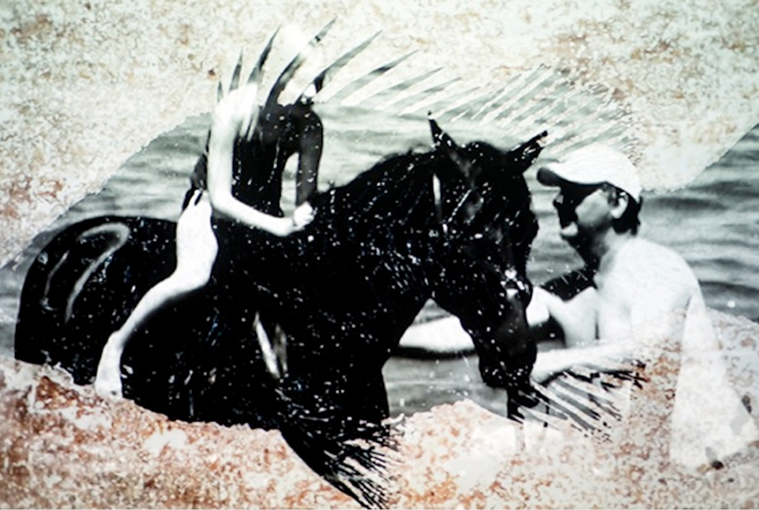 Affinities: a series of performances, screenings, and conversations

In conjunction with the exhibition, DHC/ART and guest curator Barbara Clausen will present Affinities: a series of performances, screenings, and conversations, a program of events in two parts, from May 24 to 27 and from June 20 to 22.

This series will present a performance lecture by Joan Jonas with Jason Moran (May 27) at DB Clarke Theatre, performances at the Phi Centre by Taisha Paggett (May 25), Tanya Lukin Linklater (June 21) and Simone Forti (June 22), as well as two evenings of film and video screenings (May 24 and June 20) at the Phi Centre in addition to an afternoon of conversations (May 26) at Hexagram UQAM/Concordia University.

While distinct in their own practice and aesthetics, the participating artists from the fields of dance, visual arts and music, share an affinity with Jonas’s engagement and “insistence” on reading the world(s) against and with the flow of the times. These interdisciplinary art practices, from the fields of art, dance, poetry, and music, in a similar vanguard spirit to that of Jonas, explore modes of movement, sound and non-linear storytelling. 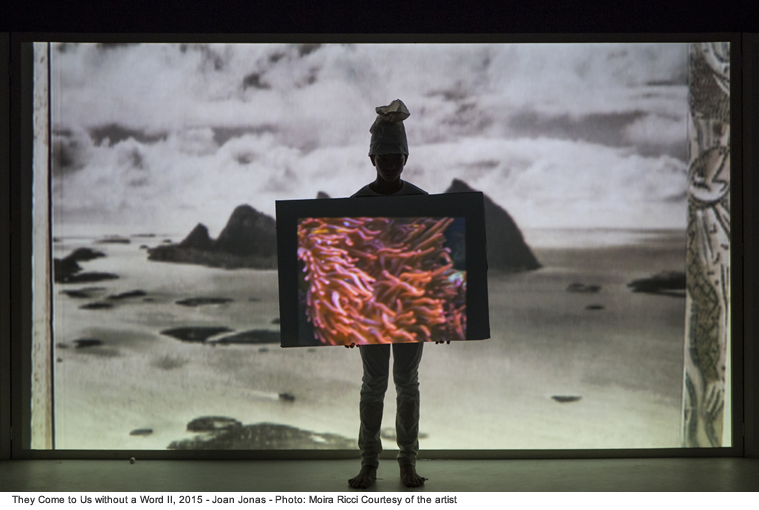 About DHC/ART Foundation for Contemporary Art

Established in 2007, DHC/ART is a non-profit organization dedicated to the presentation of contemporary art. Housed in two heritage buildings located in the heart of Old Montreal, DHC/ART’s programming has met with critical acclaim both at home and around the world. Each year we offer two to three major exhibitions, a series of public events, special collaborative projects and a forward thinking education program. International in scope while responsive to the context of the city of Montreal, all of DHC/ART’s programming is offered free of charge as a way to reinforce its commitment to accessibility while fostering a discussion on how contemporary art is invested with the topics and ideas that reflect and touch our everyday lives.