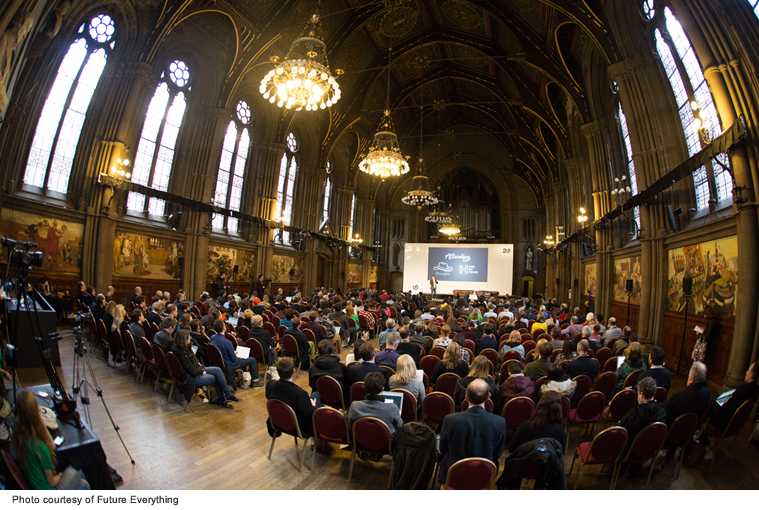 The FutureEverything 2016 festival asks us to rethink resources and navigate our unknown future in a changing world. The programme will feature, amongst many others, a landmark data visualisation tool to help us predict future wind conditions developed with the Met Office and designer Moritz Stefaner, and a world premiere from industrial-pop artist Gazelle Twin, Chris Turner and Tash Tung.

Running alongside the public programme is a two-day conference for over 700 international delegates with presentations by leading future thinkers, designers, businesses, artists, urbanists and academic thinkers. 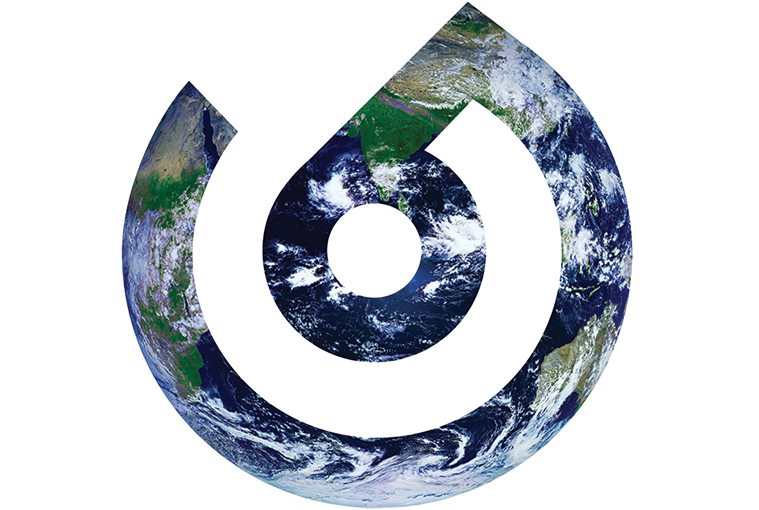 Taking the theme of “Less and More”, the festival will explore how we can rethink resources within a world that is changing exponentially. Whether it’s a change to our antibiotics and food, or the world’s natural resources, the first thing that we look for is alternatives. With the carbon economy reaching its peak, we need to adapt to changes in climate, and find more tools, and more methods as a way of working with the inevitable. This forces a rethink on how we can gather, and manage, the resources of Earth to overcome the dependencies of the industrial age.

Drew Hemment, CEO and Founder of FutureEverything, comments: “We are facing the consequences of our dependency on the endless consumption of the world’s finite resources, and now is our opportunity to think about where we go next. Because let’s face it, everything has the potential to run out. This year, FutureEverything are excited to see some of the world’s brightest minds bring their expertise to the table as we return to Manchester’s iconic Town Hall for our 21st year. We are delighted to be working in partnership with some of the city’s best venues, with Manchester Art Gallery hosting the premiere of a new commision by Gazelle Twin. We’re also thrilled to launch a revolutionary climate service at this year’s festival, Project Ukko, which we know will be a major contribution to those working in climate science, as well as a series of new commissions.” 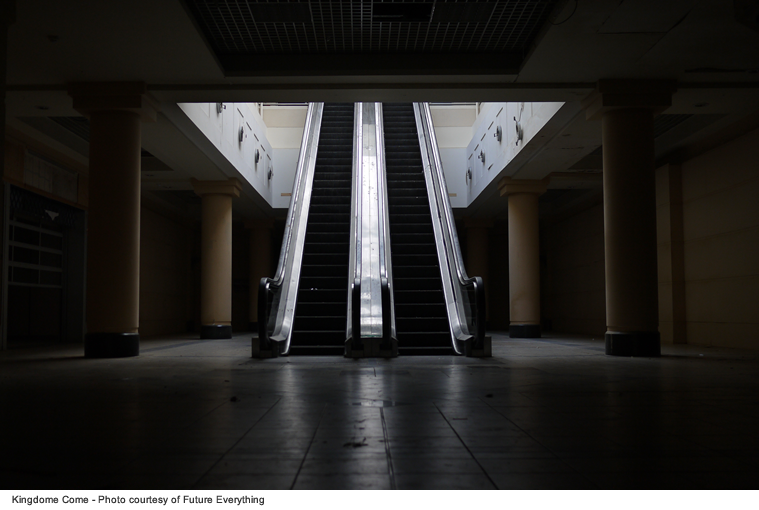 A two day conference for over 700 delegates from around the world will take place in the neo-gothic grandeur of Manchester Town Hall on Thursday 31 March and Friday 1 April. It will feature some of the most eminent practitioners and thinkers from the arenas of design, urbanism, art and academia, as well as a packed programme of workshops and fringe events. Subjects for discussion range from new materials for life and the creation of lab-grown meat, to how grassroots initiatives can change urban environments.

Theme this year focuses what resources we need less, or more, of. Split up into four distinct categories, each session of this year’s conference will draw a keen focus on the elements that make up the world as we know it, and look towards the world as it could be. 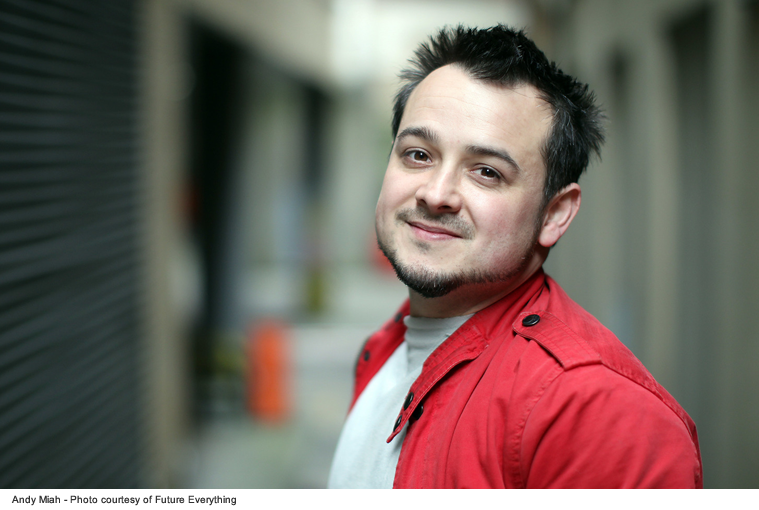 Earth: As the realities of climate change are revealed, how will we gather and manage the resources of Earth to overcome our dependencies from the industrial age? Where can climate services help us make sense of so much scientific data produced by our monitoring of the planet? Alice Bell, Head of Campaigns for climate charity 10:10, will talk about how communities are leading new energy initiatives for a brighter, more sustainable future.

Life: Is life itself as a resource and where do ethics come in? Now that we can design microorganisms from scratch, can we imagine new realities with revolutionary materials taking shape in laboratories? As news reaches us that scientists have been granted permissions for gene-editing, where could this be used in medicine? Professor Andy Miah will look at the future of human enhancement, and Abi Aspen Glencross from post-animal bioeconomy organisation New Harvest, will speak on the development of lab-grown meat.

Community: In a globalised society, how do people reevaluate the resources we have in new ways, what makes a community, and how can we come together to have ownership over our urban environment? Turner Prize winning architecture an art collective Assemble will speak about how their projects working with local communities helped rethink urban renewal, and futurist Madeline Ashby will ask how optimism can be mobilised as a resource.

Intelligence: With a vast amount of information at our fingertips and with so many ways to process the huge amounts of data we encounter, from algorithms to artificial intelligence, how do we make sense of it? Artist and developer Darius Kazemi will probe into how smart Artificial Intelligence actually is, and collective intelligence expert Lydia Nicholas will look at how groups make decisions.

Thriving in Uncertainty: This year’s conference-within-a-conference will explore the need to reassess an important element of knowledge: Uncertainty. From climate modelling to financial services, from counterterrorism to particle physics at health, uncertainty is increasingly being recognized as a tool and a resource. Uncertainty has a bad press, but this transdisciplinary gathering of professionals and researchers that deal with it every day, will look at how can we turn uncertainty into a fertile, productive condition. 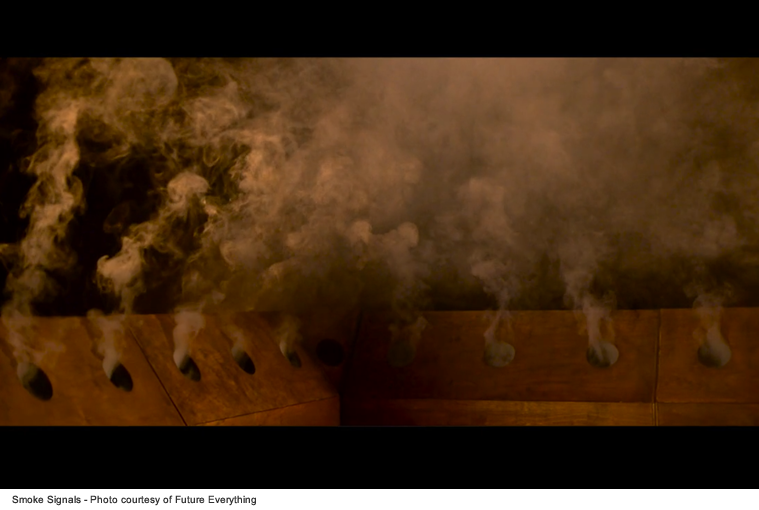 Contemporary and new media artworks and performances will appear at venues across the city as part of the festival. This will include Smoke Signals, by Ed Carter and David Cranmer, which invokes a physical presence of data streams, with each signal and sound indicating the movements of information within the contemporary online network, each smoke ring signifying the transmission of FutureEverything’s email data. Coming from our Digital R&D funded project Arts API, Smoke Signals is a constantly evolving visual and sonic experience hosted at the International Anthony Burgess Foundation.

One of the highlights of the festival will be Project Ukko, a new climate service for wind energy that breaks new ground in the effort to improve the resilience of society to climate variability and change. Commissioned and developed by FutureEverything, together with The Met Office and the Barcelona Supercomputing Centre, and data visualisation artist Moritz Stefaner, Project Ukko combines cutting edge climate science and data design to communicate forecasts not over the coming days, but over months, seasons and decades. Understanding future wind conditions can become a crucial enabler for clean energy and climate change resilience. Showcased and launched at FutureEverything 2016, Project Ukko is an expert tool for wind energy professionals and a major contribution towards Europe’s flagship project supporting the uptake of climate forecast services, EUPORIAS.

A number of stand alone artworks and commissions will also be showcased, such as The Corridor by Andrew Hodson, an interactive audio project relating to site specific areas in Manchester, created by local Trafford residents. Centreing around Oxford Road, named ‘The Corridor‘, this historic area has served as the main inspiration behind this project. This collaboration will create a new series of ‘sound poems’, using only found audio for the public to listen to on their mobile device. blueSCI and Seed Studios will also present a workshop at Manchester Centre Library, creating an open-environment, sonic playground of digital audio workstations and sample triggering devices, based on the sounds found along The Corridor.

And finally, we are delighted to be announcing a new FutureEverything commission and world premiere, Gazelle Twin: Kingdom Come an Audio-Visual Performance for Two Vocalists, which will take place at Manchester Art Gallery. Commissioned by FutureEverything and in collaboration with filmmakers Chris Turner & Tash Tung, this conceptual performance for two vocalists will be staged in six chapters, incorporating electronics, film, and a brand new soundtrack from Gazelle Twin, created from samples and live vocal manipulation. With the piece set on treadmills against a manic, illusory landscape, Kingdom Come places heightening physical demands on the performers, resulting in an exhausting, otherworldly climax. Taking its title from J. G Ballard’s final novel, Kingdom Come will play with notions of feralness, displacement and the uncanny in the contemporary British, urban landscape. 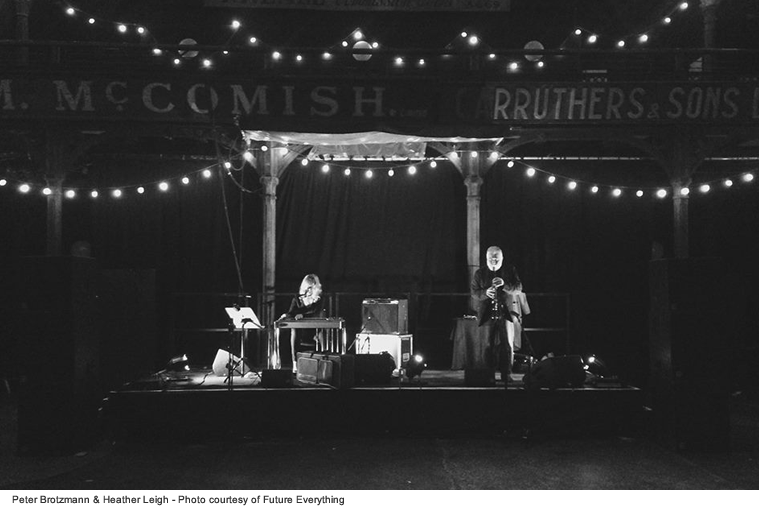 The city-wide live music and performance programme will present work from across the spectrum of contemporary instrumental, electronic and experimental music.

On Thursday night, FutureEverything and The Islington Mill present the highly acclaimed duo of Peter Brotzmann & Heather Leigh, who first came together in Glasgow in 2015 and created such blistering results that further exploration of their explosive possibilities have been scheduled. Combining Brotzmann’s unique approach to freejazz with Heather Leigh, otherwise known as the ‘Pedal steel guitar player from hell’, this performance promises to raise hairs and blow away the cobwebs.

Babble is an experimental event series co-organised by Breeze Creatives and The Occasion Collective exploring inter-disciplinary performance, utilising text, movement, sound, voice and live coding and visuals. Babble will host one 3-hour workshop at Islington Mill, exploring and sharing the artistic processes of some of the performers, culminating in an evening performance and afterparty. 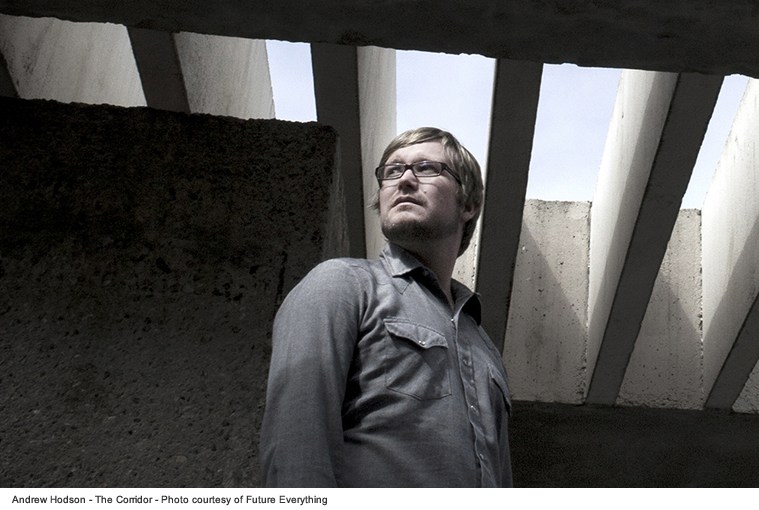 meandyou For Saturday night’s closing club party a showcase from Sweden’s influential Northern Electronics, featuring live sets from founder Abdulla Rashim and the formidable Varg, both of which have emerged as the key figures in a new wave of scandinavian techno DJ’s and producers, taking their cues from the bleak and mysterious aesthetics of the area’s Black Metal music to create a palette of experimental drones, electronics and dark and minimalist techno.