As the first exhibition dedicated to experimental Swiss cinema, Film Implosion! sheds light on a little known aspect of art history in Switzerland. It presents a wide panorama of genre practices within the medium of cinema more specifically, but also video work, from the 1960s to today.

Through formal interventions directly on the celluloid, various in-situ installations, unconventional documentaries, and political, feminist, animated, and fiction films, all these artists challenged the traditional codes of cinema.

The main exhibition space of the art center is transformed into a large black box in which about 30 films are screened in various sizes and formats, from 16mm reels to digital projections. In the midst of this immersive installation of image and sound, the viewer experiences this hidden part of history anew. 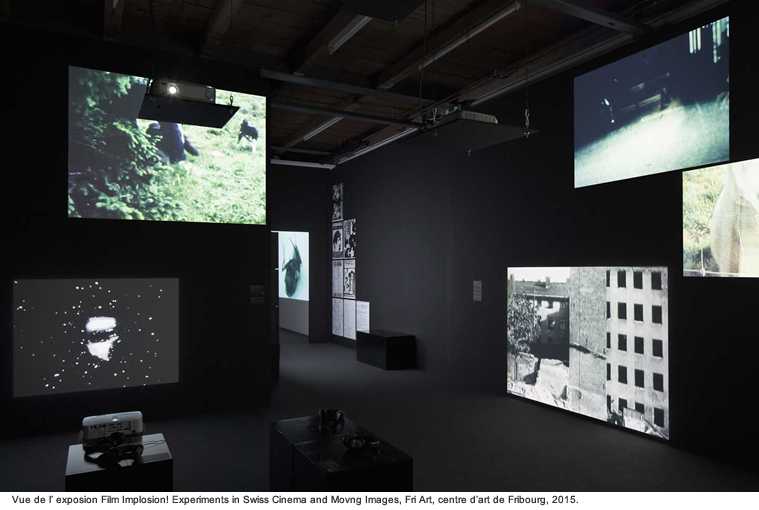 For the past four years, and with the help of the SNF (Swiss National Fund), researchers François Bovier, Adeena Mey, Fred Truniger, and Thomas Schärer have been investigating experimental cinema in Switzerland. Stemming from this considerable excavating and mapping work is Fri Art’s proposal for the first-ever exhibition on this subject.

For the most part unseen, some 70 artworks, in digital or 16mm format and signed by artists ranging from Dieter Meier, Carole Roussopoulos, Dieter Roth, or Peter Stämpfli, will be shown. The exhibition will also include video works, installations, and para-filmic objects spanning 50 years of radical creativity.

With its polymorphic and fragmented dynamic, the Swiss reality stands out in this field of creation. The displayed artists often started experimenting with filmmaking early on in their careers, only to pursue it elsewhere later on, whether it be the realms of contemporary art, documentary, or traditional narrative film. 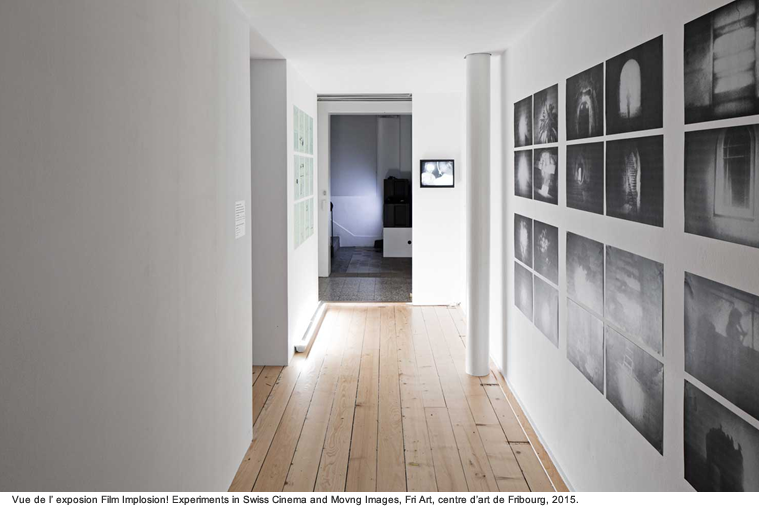 Experimental film in the Swiss sense can be considered as a “manner” of considering the creative process, rather than a genre linked to a specific medium. Reflecting this fragmented history, Film Implosion! extends from documentaries that have been conceived, filmed, and edited in an emancipated and experimental spirit, to works that belong to the contemporary art field.

This retrospective features many major names from cinema—a number of artists who have dedicated their lives to manipulating the scope of filmic image, such as HHK Schoenherr, Eva et Guido Haas,Werner von Mutzenbecher, Hannes Schüpbach, and Urs Breitenstein. This mapping of Swiss art also reveals the works of international artists, like those of American-born Robert Beavers andGregory J. Markopoulos, who settled in Switzerland, finding artistic synergy for their work there.

All of these individual creations communicate with one another in the laboratory that is the art center itself. Film Implosion! offers two types of readings that echo one another: following different investigative directions around the artwork with the historical and critical distance provided by research, and experiencing the unique atmosphere of the festive events of “expanded cinema” in the 1960s—a time when various films were often collectively projected during concerts or performances, far from the codes of classical “movie screening.” 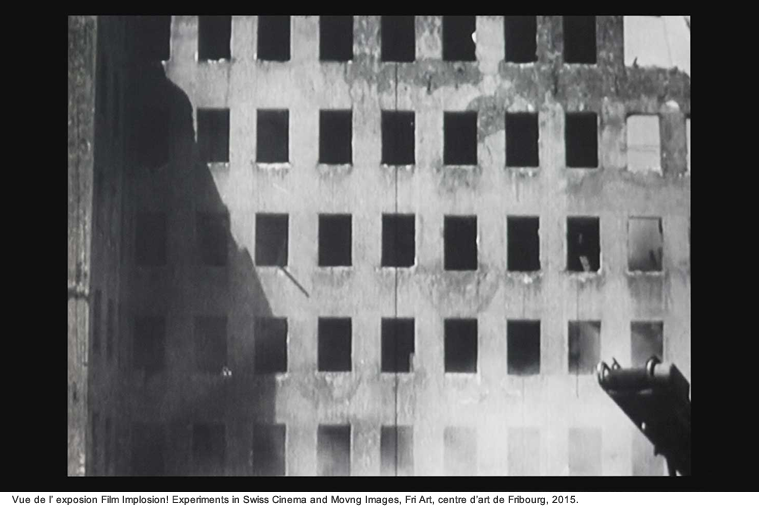 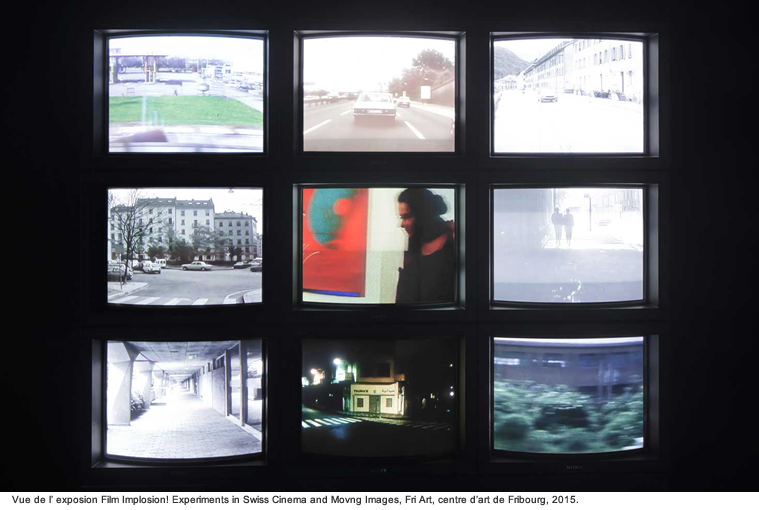 The audience will be able to discover the multiple displays of these works and installations. Film Implosion! aims to outline the multiple discourses and viewpoints that surface from these filmic and para-filmic productions.