Evan Roth (b. 1978) is an American artist based in Paris whose practice visualizes and archives culture through unintended uses of technologies. Creating prints, sculptures, videos and websites, his work explores the relationship between unintended uses and empowerment and the effect that philosophies from hacker communities can have when applied to digital and non-digital systems.

His work is in the public collections of the Museum of Modern Art, New York, and the Israel Museum. Recent exhibitions include the 2016 Biennale of Sydney; Electronic Superhighway (2016-1966) at Whitechapel Gallery, London; and This Is for Everyone at the Museum of Modern Art, New York. Roth co-founded the arts organizations Graffiti Research Lab and the Free Art and Technology Lab and in 2016 was a recipient of Creative Capital funding.

Internet Landscapes (http://n57.680235e11.668160.se/) is a new series of web-based artworks by Evan Roth that allows audiences to experience the Internet’s physical, digital and cultural landscape. Through a series of video works that bring together audio and video recordings charting the artist’s obsession with and journey to find the physical Internet. 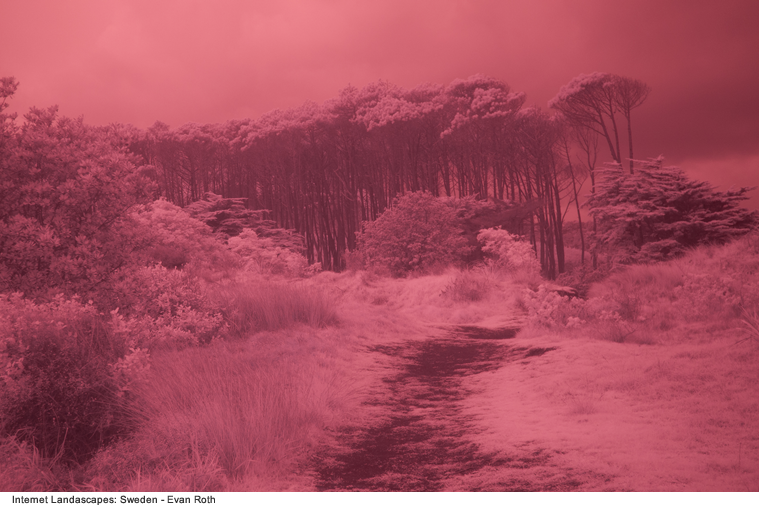 In early 2016 Roth embarked on a pilgrimage to a number of landing locations in Sweden between Kungsbacka, on the south eastern coast, and Väddö, just north of Stockholm, documenting the surroundings using infra-red video and binaural audio recordings.

The use of infra-red is in part a reference to the architecture of the Internet, which uses infra-red laser light transmitted through fibre optic cables. While the audio monitors and records his heart rate, surrounding environment and fm radio waves. The result is a online experience that brings together these recordings, to allow you to meditate on the landscape and the internet as the video file transfers through the network from its host in Sweden to your screen. 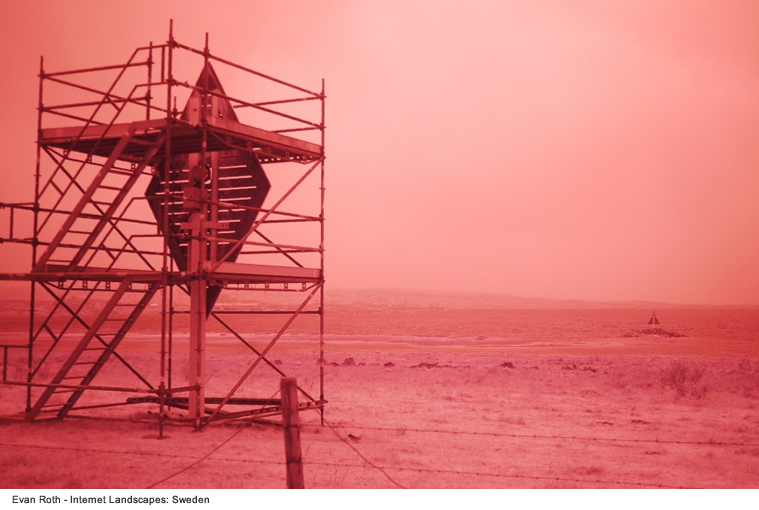 For Roth, visiting the Internet physically is an attempt to repair a relationship that has changed dramatically as the Internet becomes more centralized, monetized and a mechanism for global government spying. Clearly seeing the infrastructure disappear underground and underwater also alludes to the slowly eroding optimistic and egalitarian values many of us attributed to earlier incarnations of the internet. Through understanding and experiencing the Internet’s physicality, one comes to understand the network not as a mythical cloud, but as a human made and controlled system of wires and computers.

The project will be revealed online on Wednesday 2nd March 2016, and for those wishing to delve deeper, clues are held in the url and source code signaling to the works origins and different readings.

Evan Roth, artist said: “For me this project is as much a search for the Internet as it is a search for new ways of making art within a fundamentally changed network landscape.”

Ruth McCullough, Senior Producer for Abandon Normal Devices said: “The Masters and Servers partners are delighted to commission this new artwork by Evan Roth, it is the first in a significant new series by the artist, who makes visible the environment of the internet and its misuses.” 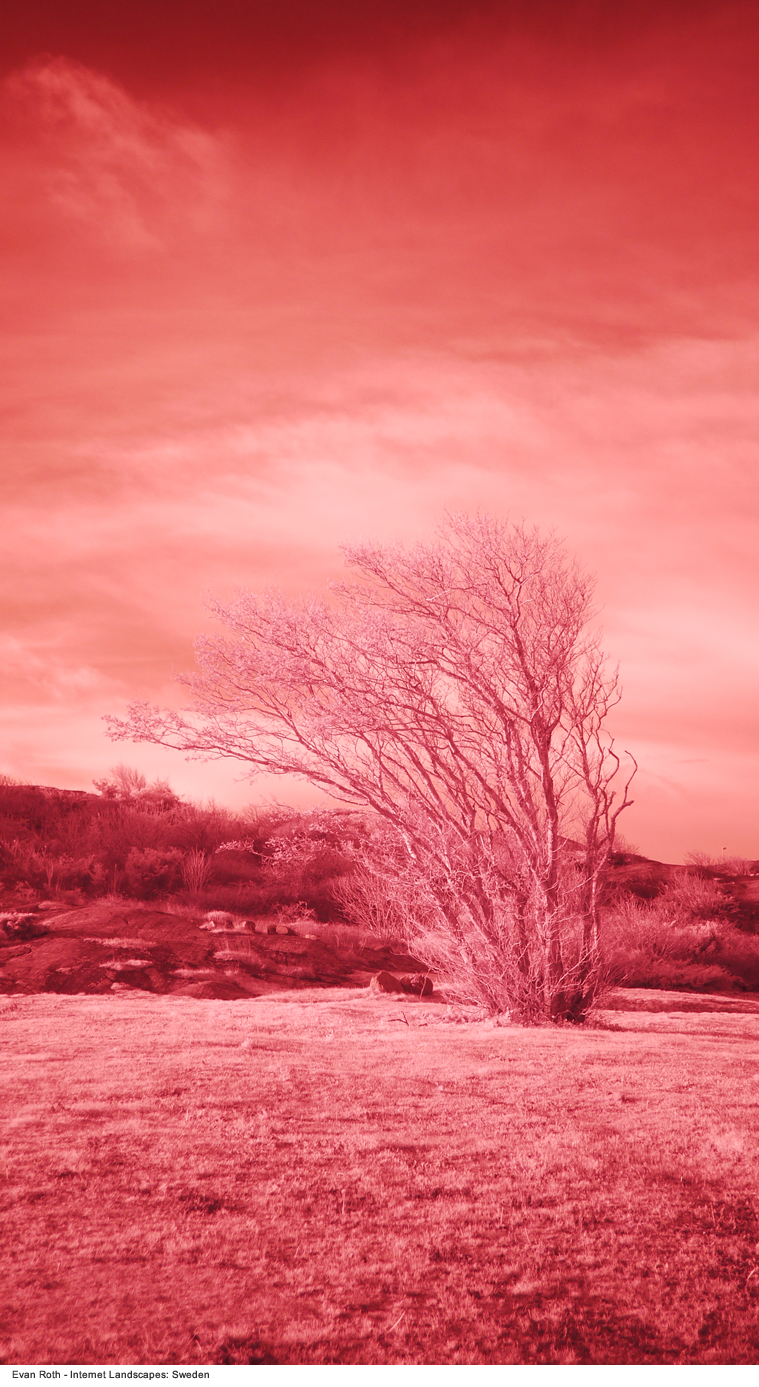 The launch date coincides with the works premier as part of The Black Chamber exhibition curated by Eva & Franco Mattes and Bani Brusadin, taking place at the Škuc Gallery, Ljubljana from March 10 – April 1, 2016.