In her solo presentation at the Galeria Municipal of Porto, the visual artist Diana Policarpo continues her research into fungi networks, drawing speculative webs of connection between ergot spores, reproductive justice and alternative forms of knowledge.

Convulsions, hallucinations, burning sensations. The ergot parasite infecting rye plants is known to be the cause of the St. Anthony’s fire disease. In small doses, ergot has traditionally been used by women healers for abortions. However, their knowledge rooted in experience of the land and plants has been eradicated by the progress of patriarchal capitalism, replacing it with obstetrics. Historians today still speculate whether ergotism may have played a role in accusations of witchcraft against women in the Salem crisis in 1692, as well as against Sámi shamans in the Finnmark trials in 1621, and other instances. 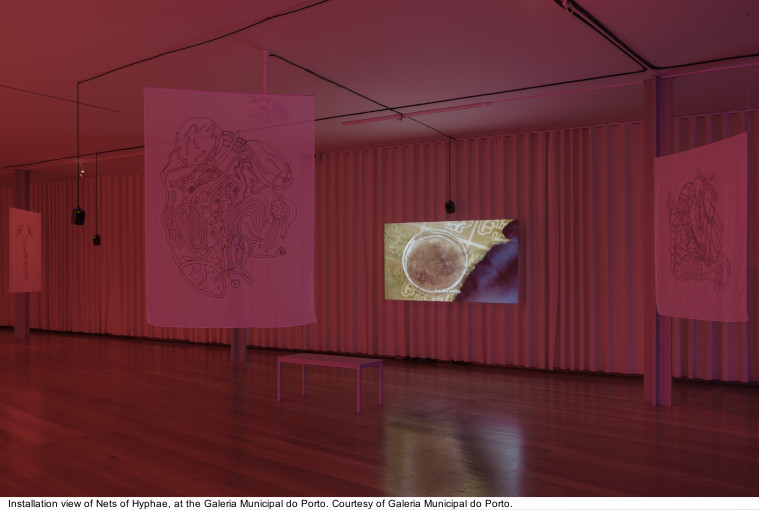 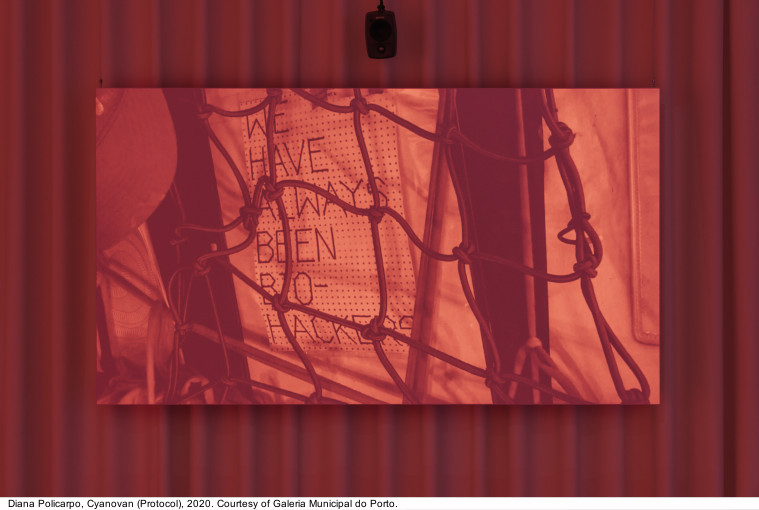 Diana Policarpo’s exhibition Nets of Hyphae, curated by Stefanie Hessler (Director of Kunsthall Trondheim), draws speculative connections between ergot fungi networks and women’s health. Her newly commissioned video works, animation, textiles and soundscape create parallels between the fungus cycle, reproductive justice and the expertise of midwives, healers and peasants in precarity and resistance. Homing in on feminist perspectives on psychedelics and working with the transfeminist biohacker Paula Pin, Policarpo draws speculative parallels between ergotism, the suppression of ancestral knowledge and health justice.

The exhibition will also be on view at the Kunsthall Trondheim, Norway, from February 11 to April 17.​

Diana Policarpo is a visual artist and composer with an MFA from Goldsmiths College, University of London.

Stefanie Hessler is a curator, writer and editor. Her work focuses on ecologies, technology and expanded definitions of life and non-life from an intersectional feminist perspective.