The new art institution Copenhagen Contemporary (CC) is now opening in the capital of Denmark and is presenting a substantial exhibition of works by Bruce Nau­man alongside large installations by Carsten Nicolai and Ragnar Kjartansson, as well as works out on the quayside by Yoko Ono and Pettersen & Hein.

The Bruce Nau­man exhibition includes some of his major works such as Green Light Corridor (1970), Hanging Carousel (George Skins a Fox) (1988), Raw Material, BRRR (1990), a couple of neon works, and several of his experimental and repetitive films. The works in the exhibition show how Bruce Nauman’s art functions as a performative space where the exhibition visitor is challenged in a concrete or conceptual space. This is the first time an overview exhibition of Nauman’s works is being shown in Scandinavia.

In recent years Ragnar Kjartansson has become known all over the world for his music-based performances and his immersive video installations, which continue along Nauman’s path and use repetition to cast a poetic-philosophical glance at our everyday life. The exhibition pre­sents A Lot of Sorrow (2013), which is a film adaptation of the six-hour performance created in collaboration with the band The National—and the nine-screen video installation Scenes from Western Culture (2015), in which Ragnar Kjartansson has staged a series of everyday situations that function as filmic paintings or living tableaux of our western lifestyle. 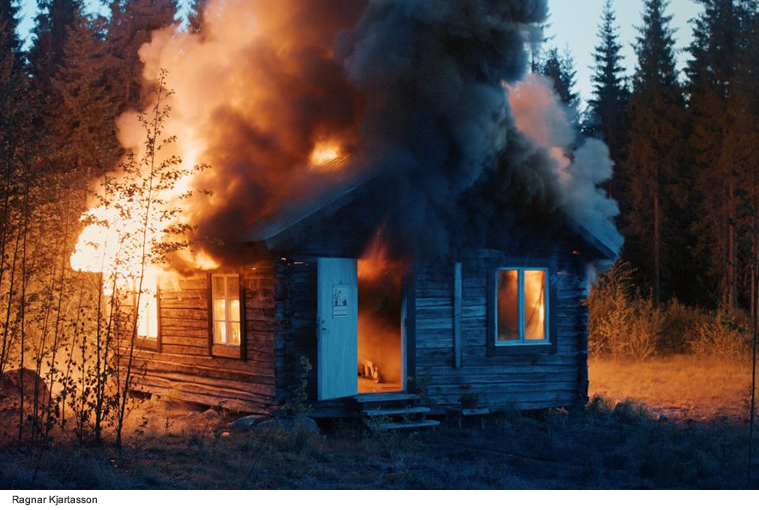 A feature that also involves the viewer is the more than 30-metre-long light and audio instal­lation by Carsten Nicolai, unidisplay, consisting of a long wall on which changing light patterns are projected, and mirrors on both sides make it look like an endless universe. The undulating patterns affect our eyes, among other ways through optical illusions, flicker and after-images. At the same time a soundtrack supports the various visual idioms. The work thus offers both a visual and a physical experience.

Along the waterfront Yoko Ono has created her Wish Tree Garden specifically for CC, inviting the passers-by to write a wish on a slip of paper and hang it on one of the branches. The wish tags are regularly collected, and when the exhibition ends they will all be sent to Ono’s Imagine Peace Tower on Iceland, an installation Ono has dedicated to her late husband John Lennon. On the quayside, too, the Norwegian artist Magnus Pettersen and the Danish furniture desig­ner Lea Hein have created A View from the Present 1-13, 13 concrete benches made with a special dyeing technique where colour pigments form patterns in the normally mono­chrome, hard material. The rounded edges invite people to sit down and spend time on the quayside. 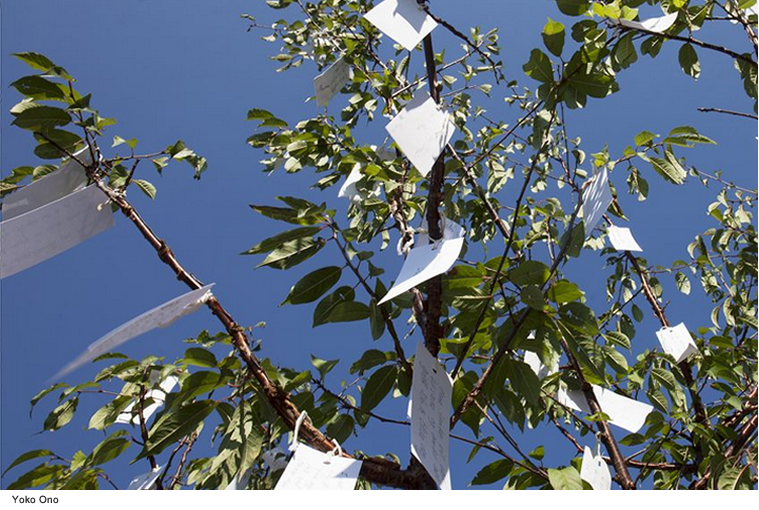 For 18 months, from June 30, 2016 to December 31, 2017, CC will implement changing exhi­bitions of works by internationally recognized artists. The vision for this one and a half tyear long pilot project is that CC will afterwards be established permanently in Copenhagen. CC is to be a supplement to the existing museums and art halls—a living centre for art and people where a broad public will be able to experience large-scale artworks with a sensory appeal by some of the most significant artists of the present day.

These are works that stimulate both body and intellect, and thus involve and engage the individual visitor. CC wants to forge relations outside the house, for example in connection with exhibitions, festi­vals, performances, talks, etc. and is already collaborating with external players including Copenhagen Street Food, Cph Art Week, and CHART ART FAIR.

CC’s intention is to offer major artistic experiences to all visitors and at the same time create an open, relaxed place for people of all ages, with long opening hours and events, a shop and a restaurant (in the summer both indoors and outdoors).