Caecilia Tripp’s solo exhibition brings together an emblematic collection of earlier works that the artist has produced since 2004, as well as a number of new pieces that can be seen for the first time. Tripp has specially designed Going Spaceto resonate with the American Daylight Factory architecture of the Manufacture des Œillets—the building that is home to the Crédac art space, blurring the boundaries with the cityscape.

Tripp has always taken an interest in the question of construction, fluidity, and getting beyond identities. Influenced by both “the trickster’s play,” which is at work in collective rituals, and ways of transgressing social and cultural borders, her work is marked by codes like subversion, disguise, reinterpretation, and reenactment.

Seeking out spaces of invention that make it possible to deterritorialize identities, Tripp locates her works in a shifting historic context that lies at the crossroads of globalization and our social imaginations. Poets, choreographers, musicians, philosophers, historians, “day thieves,” physicists and astronomers are protagonists or companions of the participatory process that she has carried out between Paris, Mumbai, Dakar, New York and the Caribbean. 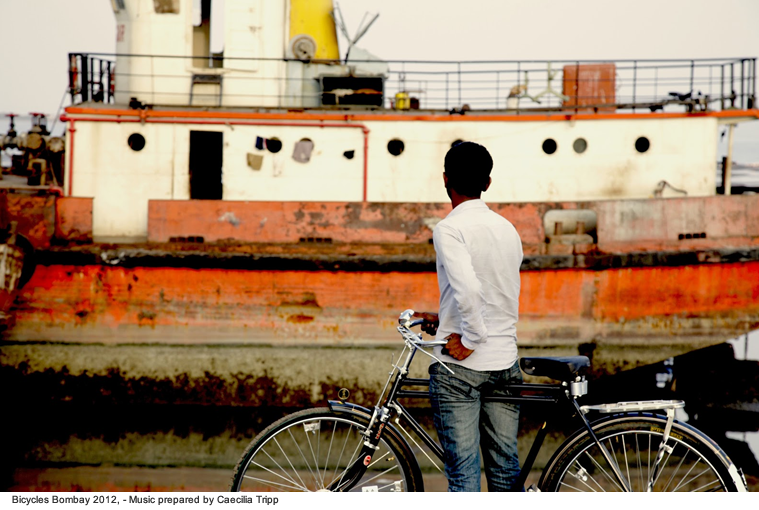 Through sound and film installations, photographs, sculptures, and performances, Going Space invites visitors into migratory spaces via a fluid geography, and makes our worldliness(E. Glissant) resonate on a cosmic scale. Adopting the form of a living archive of our struggles, Tripp’s exhibition celebrates our collective dreams of a shared future.

At the center of the exhibition, the performance piece Scoring the Black Holeis “a celebration of our invisible bonds through a choreography whose score is drawn on a black canvas, as a cosmic musical composition of our irreversible echoes unbound.” (Caecilia Tripp)

Caecilia Tripp lives and works in Paris and many other places. Her work has been shown internationally in museum venues and galleries, including a vast selection of film festivals.