Basim Magdy. The Stars Were Aligned for a Century of New Beginnings 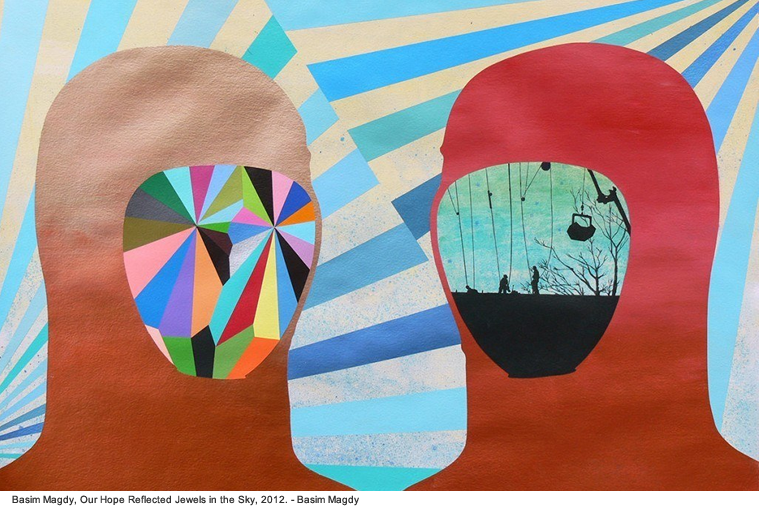 With The Stars Were Aligned for a Century of New Beginnings, the Deutsche Bank KunstHalle is presenting the first comprehensive institutional exhibition of Basim Magdy. Deutsche Bank’s “Artist of the Year” 2016 invites visitors to take a psychedelic journey into the future.

His films, slide projections, sculptures, and works on paper coalesce at the KunstHalle into a stream of consciousness that reflects the fluid boundaries between reality and virtuality.

No matter whether it looks like a high-tech paradise or a post-apocalyptic wasteland, the future is always the setting for a new beginning. At first glance, the title of Magdy’s exhibition seems to fit into this scheme: The Stars Were Aligned for a Century of New Beginnings. But the exact opposite is the case. It is an ironic allusion to humanity, which untiringly makes the same mistakes. The societies he portrays in his 2014 film trilogy The Many Colors of the Sky Radiate Forgetfulness, The Everyday Ritual of Solitude Hatching Monkeys, and The Dent are bankrupt, entangled in absurd rituals of preserving the past or megalomaniac projects. The artist, who was born in Egypt in 1977 and now lives in Basel and Cairo, uses the future as an opportunity to take a critical look at the present. 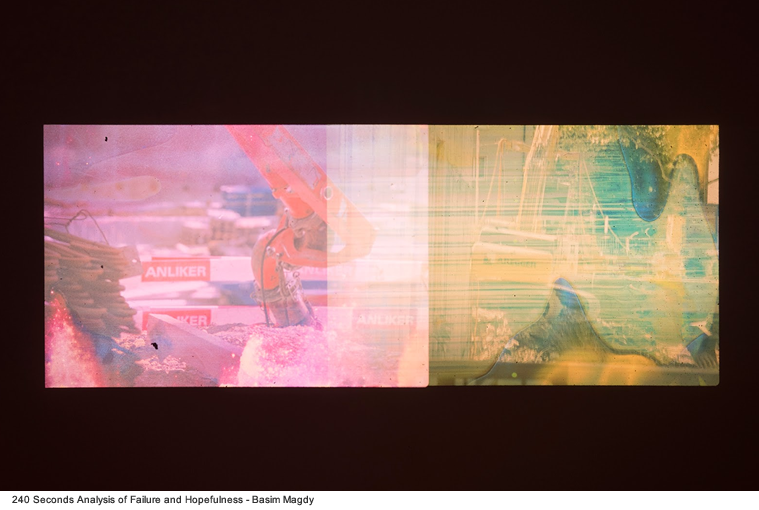 Magdy’s overlapping double slide projection from 2012 titled A 240 Second Analysis of Failure and Hopefulness (With Coke, Vinegar and Other Tear Gas Remedies) looks like an experimental arrangement catering to more open thinking. The 160 slides that show the razing and reconstruction of a building complex were selected from rolls of film that were soaked in different common household substances, a process he compares to “pickling.”

The chemical reaction dyes the material in faded cyan, pink, or green, among other colors. Magdy counters our striving for binding truth, a lasting state, with unpredictable experiments with chemical reactions, striking a balance between chance and control. The “pickling” stresses the process-oriented approach in his work.

This also applies to An Apology to a Love Story that Crashed into a Whale commissioned for the exhibition, a new 64-part grid of text-layered photographic works, for which he used this method. 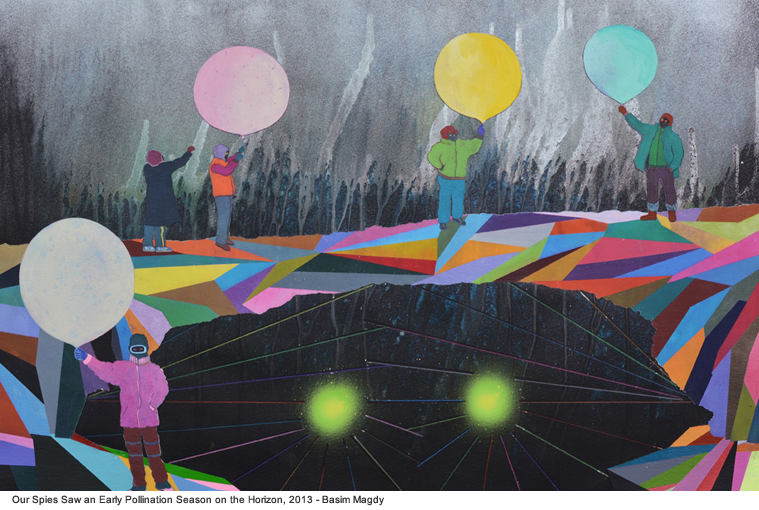 It illustrates the alchemical “development” of narration and themes, reaction and counter-reaction. At the same time, Magdy always reflects on the circulation of images and information in the digital age. In his work, he radically questions the way in which we archive and pass on memories in order to shape our own future.

As an alternative, Magdy looks for new more open structures in his art that liberate themselves from old hierarchies and ideologies. The way he combines text and images, his poetic manner of writing and the absurdity inherent in most of his works speak of a more unbiased, individual perspective on reality. This thinking is also manifested in the choreography of the exhibition, which dispenses with a chronological order or a hierarchy of certain media.

Magdy’s fleeting narratives ask us to think laterally, to accept contradictions, and to open ourselves to the here and now without viewing reality dogmatically. 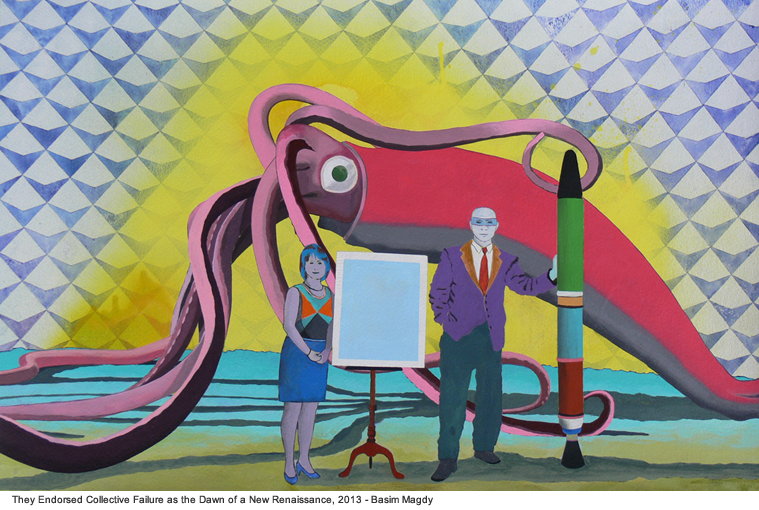 Artist of the Year

After Wangechi Mutu (2010), Yto Barrada (2011), Roman Ondák (2012), Imran Qureshi (2013), Victor Man (2014), and Koki Tanaka (2015), Basim Magdy is Deutsche Bank’s seventh “Artist of the Year.” The award goes to contemporary artists who have created a substantial body of work in which works on paper and/or photography play a role. The award focuses on artistic positions that deal with social themes in an individual way and take new formal paths. It is not a purely financial award, but firmly embedded in Deutsche Bank’s art program. It supports new positions and promotes the acquisition of works for the corporate collection. The highlight of the program is a solo show in the Deutsche Bank KunstHalle, accompanied by an extensive catalogue and an exclusive edition. Artists are chosen within the framework of the Global Art Advisory Committee, which is comprised of renown curators such as Okwui Enwezor, Hou Hanru, Udo Kittelmann and Victoria Noorthoorn.