An exploded electrical transformer that becomes a sculpture, a petrol pump sculpted in fossil calcareous stone, a motorcycle with a trumpet welded to the exhaust, an overturned table that becomes a motorboat, great pictures composed of fragments of photovoltaic panels and a chorus singing a composition featuring the words of Benjamin Franklin “…how many pretty systems do we build, which we soon find ourselves oblig’d to destroy! If there is no other Use discover’d of Electricity, this, however, is something considerable, that it may help to make a vain Man humble.”

The provocative works of Jennifer Allora and Guillermo Calzadilla, one of the most thoughtful and innovative artists on the contemporary international artistic scene, are featured in the Blackout exhibition, curated by Hou Hanru and Anne Palopoli. For this exhibition, the artists have responded to the unique architectural characteristics of Gallery 5, creating a close relationship between the exhibition layout, the works and the museum.

The exhibited works include Petrified Petrol Pump (2010), an abandoned petrol pump that seems to have turned into stone. This piece alludes to the cyclical exploitation and destruction that characterises Man’s relationship with nature. Today’s technologies become relics, the object of future archaeology, and what in some way has been an agent of global climatic change has contributed to its own end, being reabsorbed by nature. 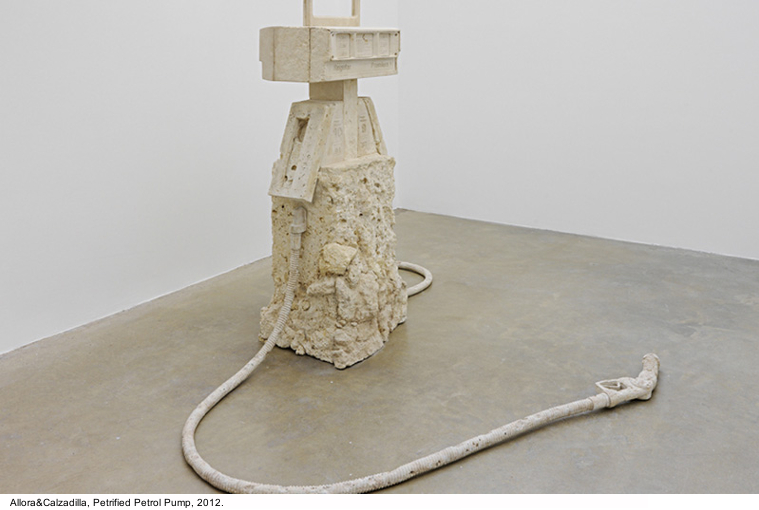 Work from the Solar Catastrophe series (2011), in which the artists use broken fragments of polycrystalline silicon solar cells arranged within a geometric grid to create a gestalt pattern, is also featured in this exhibition. The artists consider the photovoltaic panel as a complicated symbol of evolving energy technologies.

In Solar Catastrophe, the photovoltaic panel is deconstructed on a canvas, and becomes a metaphorical element, alluding to the detritus that progress leaves behind. Working through the complexities of alternative sources of energy, by combining the economic, ideological and aesthetic dimension, is paramount for the artists: indeed, they have included a solar-powered system that supplies power to the exhibited works.

The exhibition layout also includes Blackout (2017), which lends its title to the show. Created with one of the burnt out electrical transformers that caused an island wide blackout in Puerto Rico in September 2016, the sculpture consists of electrically charged copper, ceramic fragments and transformer coils. 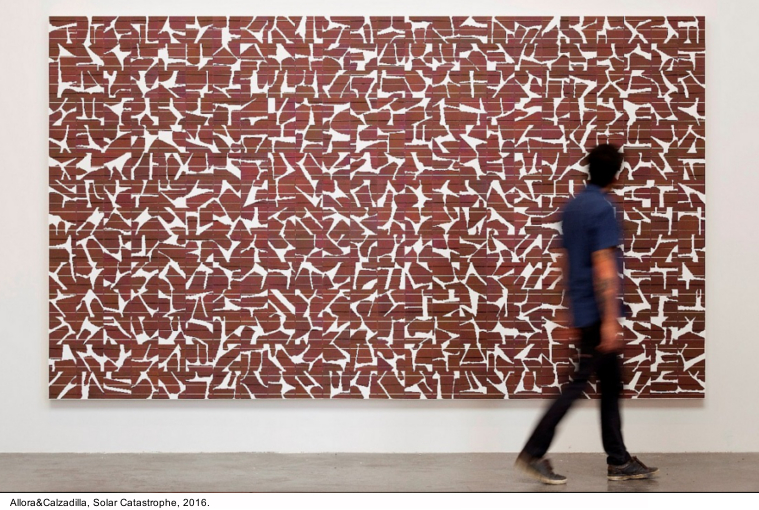 The work is completed by the mains hum vocal work (2017), created by American composer David Lang and inspired by a quote from Benjamin Franklin on electrical energy. A video review accompanies the exhibition, lending it a historical dimension, with works that testify to the artists’ enduring commitment to the analysis of key concepts of contemporaneity such national identity, democracy, power, freedom, participation and social change.

Blackout confirms Allora & Calzadilla’s vocation for reflection on events and circumstances associated with historical-political reality; in this exhibition, the issue that almost inevitably comes to the fore is that of energy in relation to capitalism, power and the specific political situation of Puerto Rico, where the artists live and work. 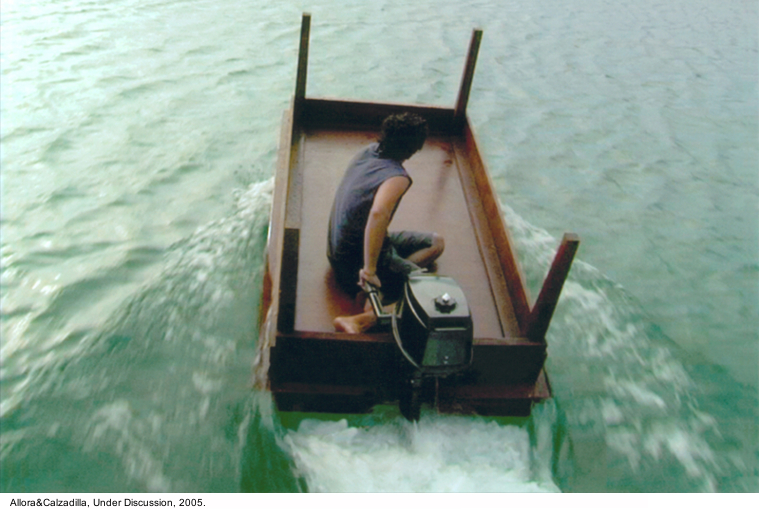 The exhibition sheds light on the forces playing a role in the island’s geopolitics, an “unincorporated territory” of the United States, currently burdened by uncontrolled public debt and a serious energy crisis, which have revealed the legacy of US colonialism and its complicity with global financial capitalism.