Alexandra Pirici (b. 1982, Bucharest, Romania) uses sculpture, performance, and choreography to address symbolic manifestations of history through frameworks that define bodily presence in both real and virtual space.

Pirici’s new work, Co-natural (2018), is an ongoing action with live performers and a holographic image. The work considers the increasing fragmentation of presence and self, enabled by digital technologies, financialization, and, more broadly, by modernity’s division of nature from culture, body from mind or spirit, and individual from collective.

Co-natural attempts to enact a dispersion of bodily presence, commenting on contemporary processes of abstraction that separate sign from substance and image from material support. Yet the work also mines this fragmentation for its potential to create a different idea of the self, one distributed across time, space, bodies, history, and memory. 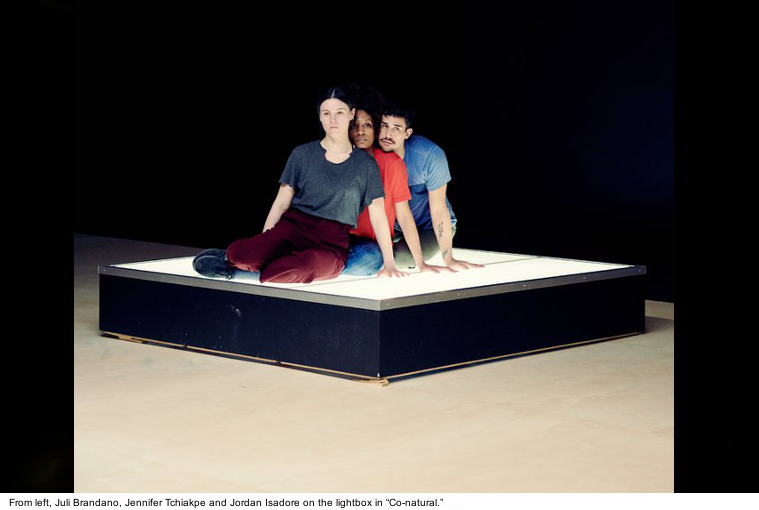 Exploring memorials and monuments; artworks and objects in museum collections, lost, or stored in freeports; as well as abstractions of the living subject into quantifiable, monetizable data—through physical bodies, voice, and ghostly images—the work resituates them in new relations and entanglements.

Pirici contextualizes the hologram, a fragment of a “whole,” through live action; the hologram becomes a mediator of presence, revealing the ways in which images and living bodies influence each other. Co-natural proposes a single, modular organism made of both living and digital matter that gradually assembles and disperses again over the course of each day of the exhibition. 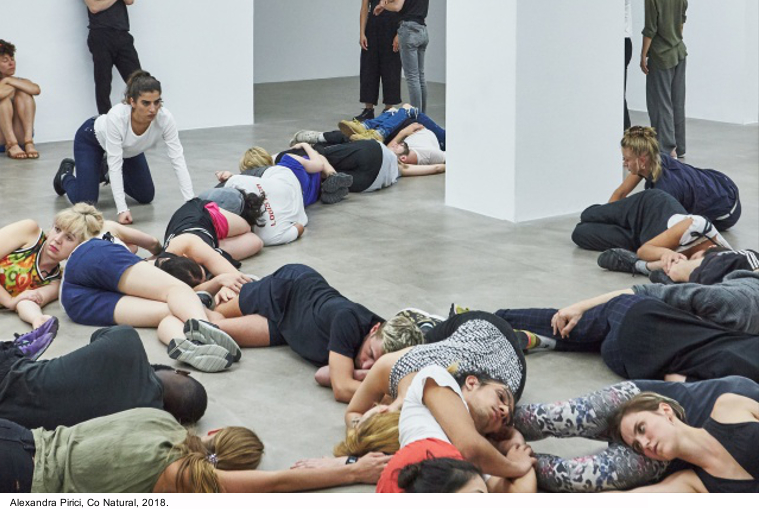 The exhibition is curated by Helga Christoffersen, Associate Curator, and will be on view in the New Museum’s recently inaugurated South Galleries, a space designated for premiering new productions at the Museum. The South Galleries preserve the character of the building’s loft spaces, where many artists historically worked and exhibited. Alexandra Pirici: Co-natural is performed by Juli Brandano, Farid Fairuz, Paula Gherghe, Miguel Angel Guzmán, Jordan Isadore, and Jennifer Tchiakpe. 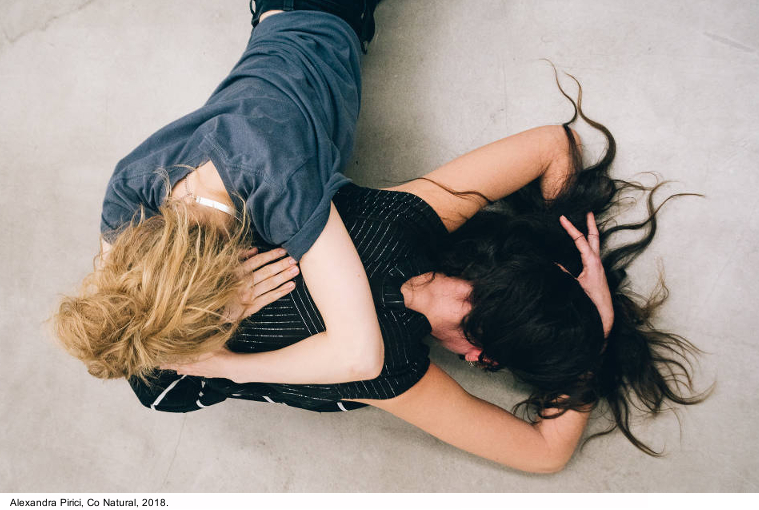 In collaboration with artist Manuel Pelmuş, she represented Romania at the 55th Venice Biennale (2013). In 2015, she received the Excellence Award of the National Dance Center, Bucharest.