»Nobody’s Listening« is a Virtual Reality experience and immersive exhibition that commemorates the Yazidi genocide committed by ISIS in the summer of 2014 in northern Iraq.

Seven years on and despite Nadia Murad winning the Nobel Peace Prize, Amal Clooney’s influential advocacy, and quickly implemented refugee programs such as that provided by the state of Baden-Württemberg, too little has been done to help the Yazidis and other affected communities. The genocide is still ongoing: Approximately 3,000 Yazidi women and children remain missing or in captivity, and not a single ISIS fighter has been brought to justice for the crime of genocide. The exhibition explores the consequences of the genocidal campaign by ISIS and its devastating effect on persecuted communities and their cultural heritage through Virtual Reality technology, photography, and art works by Yazidi artists. Above all, »Nobody’s Listening« pays tribute to the courage, determination, and agency of the survivors, and gives them a space where they can be heard by people around the world. Together they are one voice, calling for international recognition and justice. 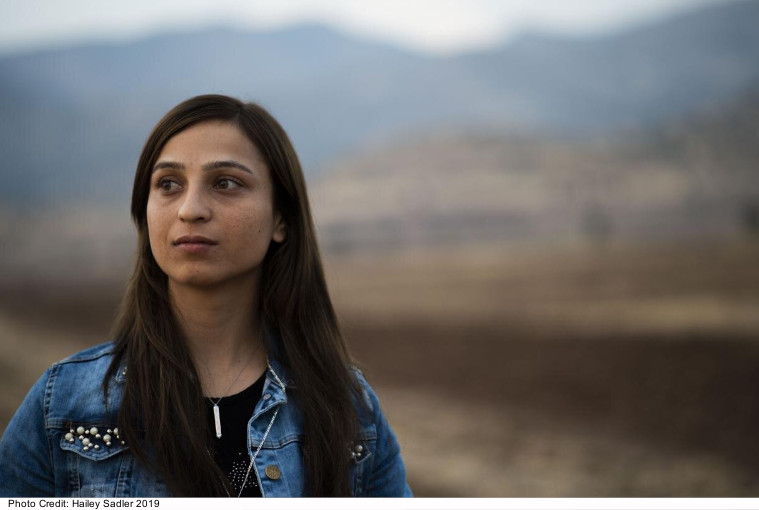 The exhibition creates an immersive environment that generates greater international awareness of the events of the 2014 genocidal campaign and its profoundly devastating consequences for the Yazidi people, Christians as well as other minority religious groups and their cultural heritage in northern Iraq. Seven years after the genocide, this is a forward-facing exhibition that focuses on what needs to happen next. It provides a platform for survivors and displaced people to tell their stories, display their expressions of painting, sculpture, and poetry – and make their voices heard about what actions are still needed.

»Nobody’s Listening« is a touring exhibition organized by Yazda and Upstream in collaboration with the Society for Threatened People e.V. and the Institute for Transcultural Health Science at the Baden-Württemberg Cooperative State University, designed and produced by Easy Tiger Creative Ltd, first shown by ZKM | Center for Art and Media Karlsruhe and generously funded by the State Ministry of Baden-Württemberg, the United States Agency for International Development and the International Organization for Migration. The exhibition is under the patronage of Winfried Kretschmann, Minister-President of Baden-Württemberg. At the ZKM it is accompanied by a comprehensive community outreach program and an international symposium supported by the Culture Department of the City of Karlsruhe on 9th December 2021 to mark the International Day to Commemorate Victims of Genocide.

“The »Nobody’s Listening« Exhibition is an important way to remind people of the horrors of ISIS, but also to inspire action to ensure this never happens again to Yazidis, Christians or any other Iraqi community.” – Ivana Waleed, Yazidi activist and genocide survivor

“»Nobody’s Listening« is a moving exhibition that pays tribute to the courage of the survivors of genocide and amplifies their call for justice.” – Amal Clooney, Human Rights Lawyer