In 1996, Chen started collaborating with local residents, unemployed laborers, day workers, migrant workers, foreign spouses, unemployed youth and social activists. Together, they occupied factories owned by capitalists, slipped into areas cordoned off by the law, and utilized discarded materials to build sets for his video productions. In order to visualize contemporary reality and a people’s history that had been obscured by neoliberalism, Chen embarked on a series of video projects in which he used strategies he calls “re-imagining, re-narrating, re-writing and re-connecting.”

Starting in 2010, Chen began actively focusing on the fact that many people around the world have been reduced to working temporary jobs due to pervasive control technology in the neoliberal, post-Internet age. Members of the corporatocracy, including transnational financial service corporations, digital and biotech giants, and the military-industrial complex, have developed a pervasive control technology that not only expands and exacerbates wealth inequality on a global scale, but also discards and alienates an increasing number of individuals from society, and has thus created a contemporary caste system. 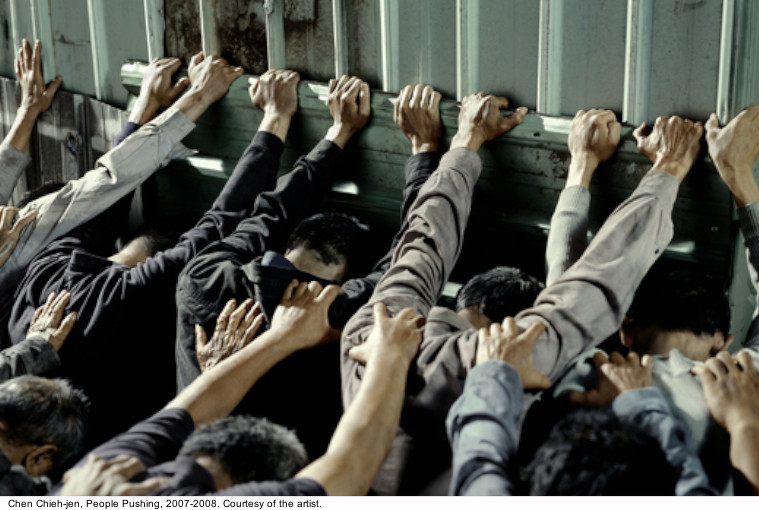 The exhibition Traumatized Body and Transformed Self presents Chen Chieh-jen’s seven works from different periods of the artist’s career. It proposes alternative epistemologies and practical methods for reconsidering the meaning of existence for individuals suffering the insurmountable despair of being discarded and traumatized by societies in which wealth inequality continues to spread and deepen. Moreover, ways of transforming the self and imagination based on traumatic experiences are explored, so as to deconstruct the illusion that has been created by the corporatocracy’s pervasive control technology.