A reflection about the image. Interview with Domenico de Chirico

Reflection is a series of discussions with curators, philosophers, artists and cultural workers about the image in its broadest sense. Thinking about image-making, the diffusion of images and their mirroring of society, we take the pulse of contemporary art. To do so, we’re using exhibitions, publications, and cultural events as a material to start the discussion. For this edition I met Domenico de Chirico, independent curator, for his newest exhibition Body at L’inconnue Gallery in Montréal.

Domenico de Chirico is an independent curator and art editor living and working in Milan. He regularly collaborates with numerous international galleries, artists and magazines worldwide. Since 2016 he has been appointed artistic director of DAMA Fair, Turin. He was also visiting tutor at Goldsmiths, University of London in 2018. For his latest exhibition, Body at L’inconnue, de Chirico defines it as “An exhibit aiming to focus on the exploration of the body and its representations [..] not only as an organic whole, but also at its more purely materialistic components, as in a dissection.” 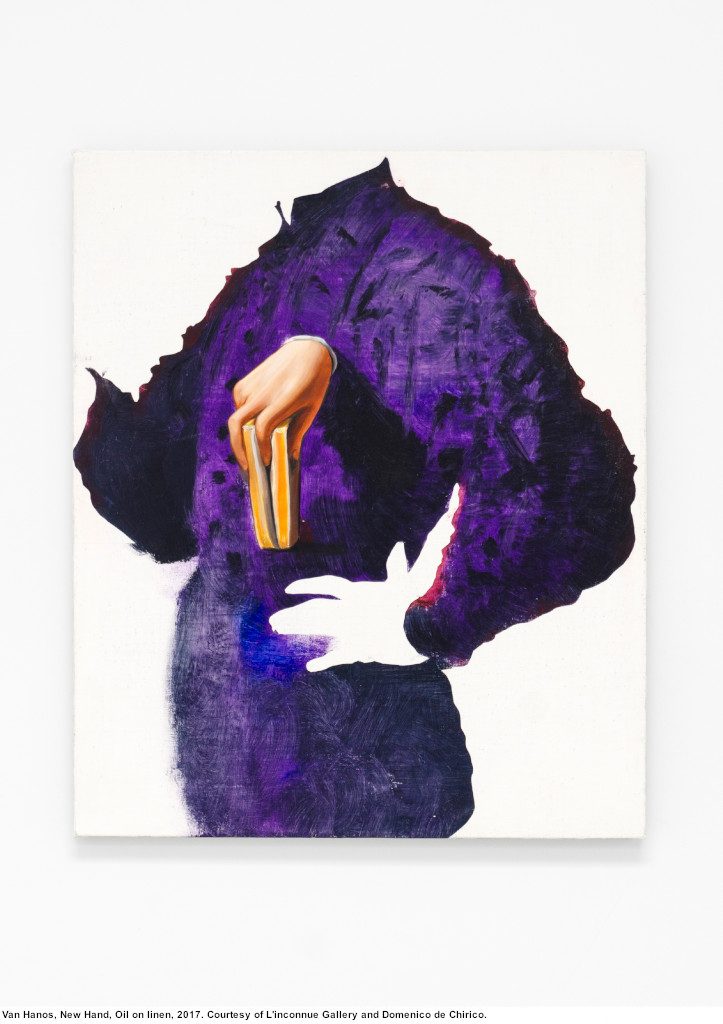 Pierre Chaumont: What did you have in mind when you conceptualized this exhibition?

Domenico de Chirico: After reading a book, I was just playing with it in my hands while I was waiting for a tram in Milan and watching to people walking around me. The book concerned is: Jean-Luc Nancy, “Hegel. L’inquiétude du négatif” (Paris, Hachette, 1997). This is briefly the starting point.

Pierre Chaumont: Did they contacted you or you proposed them Body?

Domenico de Chirico: I did all by myself like I normally do: deciding the topic and the exhibition title, writing down a short description of the whole concept in order to give to the artists a specific guideline, writing down a list of participating artists, selecting the artworks which are perfectly fitting the exhibition and the morphology of the exhibition space in question, writing down the official text accompanying the exhibition and lastly reaching the gallery to install. Furthermore, when required and if there’s a chance, I’m also in charge of tours with people. This is more or less what I usually do even if the process of building up a show it’s a little bit different if we are talking about a solo exhibition and a small or a big group exhibition. 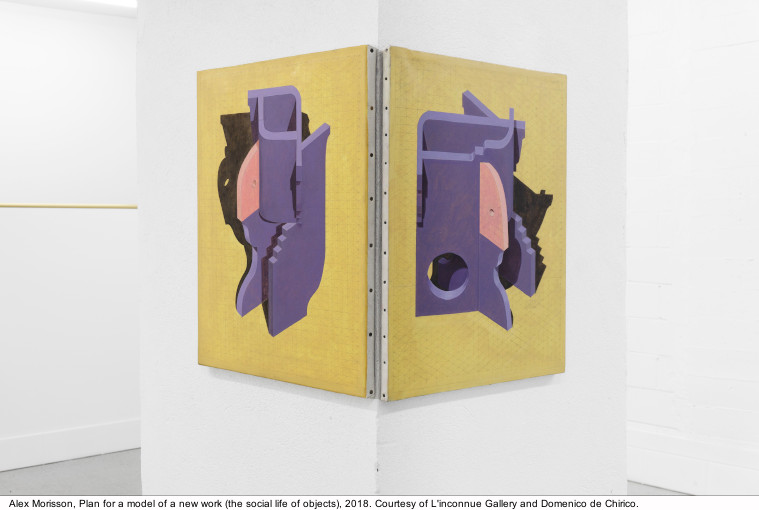 Pierre Chaumont: So let’s dig in with the image; what correlation do you see between images and the body?

Domenico de Chirico: The reproduction of the body is aimed at ideally contemplating its beauty and all the images that follow.

Pierre Chaumont: I guess this question is more on a linguistic level, but having in mind the work of Alex Morrison‘s Plan for a model of a new work, I was wondering if you thought that artists were image-makers or were adding extensions to existing ones? What I mean is that by having a painted model of a work, the physical object is not necessary for our understanding, and yet at the same time, this image is an appendix of that work to be.

Domenico de Chirico: Clearly that’s a matter of opinion in order to push for greater openness. This step has both an objective and a subjective side, that’s why we do always have the dichotomy between these two visions (narratives). In this case, it’s important to have a proper sense of the perspective according to the artistic identity so that’s why I can certainly say that generally it’s about the idea of the extension, when the artwork becomes the extension of the self clearly by avoiding tagline and pedagogy. 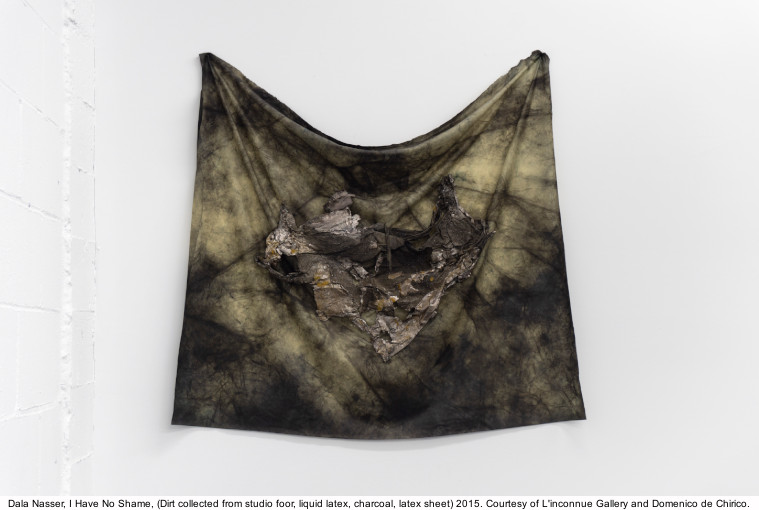 Pierre Chaumont: Also I have in mind Lacan‘s mirror stage, where the child by accepting the image on the mirror as its own, also gains the consciousness of its own body. If we take the work of Hanna Hur and Dala Nasser would you say that their works are defining images? By digging into psychological aspects and the materiality of painting, these two artists are not only giving us their self-representation, but they also offer a place where viewers could see their own reflection in it. I wonder how you saw this type of image.

Domenico de Chirico: I agree with you and I do love the quotation you made which is perfectly fitting the whole concept of the exhibition. By the way, I always try to avoid closed-captioning because I always want that everything is free and floating and that everyone can freely interpret without giving to people just one key to interpretation. Brain stimulation, self stimulation and vivid imagination are extremely important in order to make a curatorial project succeed. Creating a show it’s sometimes like spending hours making up stories and trying to develop something authentic, sometimes personal according to the personal experiences. There’s always something in the daily life which keeps our attention and it’s satisfying when you can use it to develop something else giving to people the vision that you personally have on specific events, situations, subjects, books, songs and so on. And to answer the question in a complete way, this is the case of Hanna Hur and Dala Nasser but of all the others at the same time.

Pierre Chaumont: In this exhibition you have often the question of representation and a certain back-and-forth with the viewer. I couldn’t stop thinking about the parallel with technology and the same type of relationship you find in social media platforms between user and producer. Do you see any differences between the artist and the content maker in the use of the body?

Domenico de Chirico: Absolutely and I agree with that. At this stage it gets interesting because it’s purely a question of matter. At this point, it’s important to underline that in this exhibition I have identified the general idea of the “body” with the “thing”. And as with the ancient greek way of thinking, here “body” found the explanation of everything in “moving matter”. 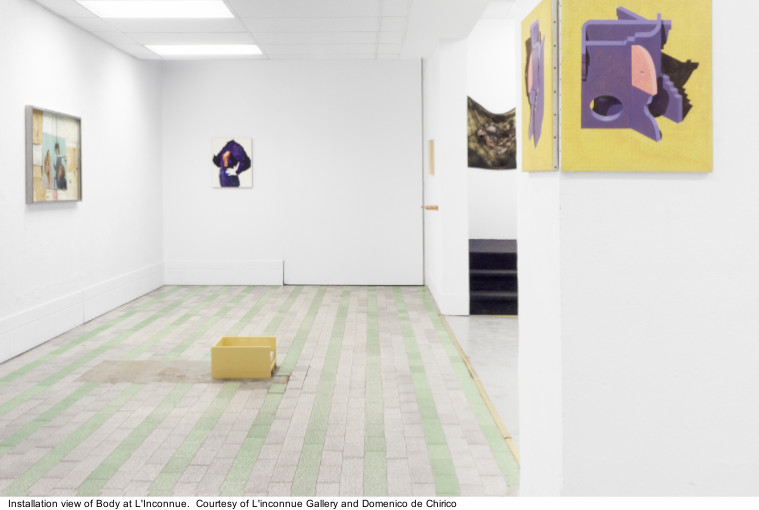 You’ll notice, I’m still not revealing that much because I keep hoping that people will read between the lines in analyzing on anything at hand.