“A Beautiful Accident”: some guidelines for a contemporary interpretation of dreams

“As the year 2000 approaches, releasing a rush of millennial hopes and fears, I am sure that the future will once again play a dominant role in our lives”: this is how J.B. Ballard wrote in 1982 in the short story’s anthology called “Myths Of The New Future”.

Over 30 years later, in the wake of the technological acceleration of the last two decades, his prediction has come true: the future, that was missing for years in the official narratives, has returned to be the focus of the cultural and scientific debate and of new daydream visions.

But what does it mean to think the future and about the future in the more technologically innovative age ever? Much of what was once only possible to imagine has now become reality, and the invention of increasingly advanced Artificial Intelligences is opening up new challenges, pressuring to rethink the very notion of humankind. 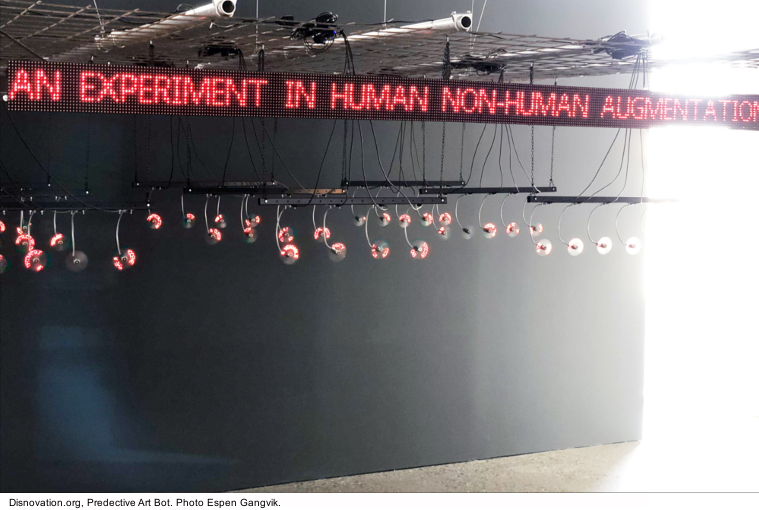 A Beautiful Accident, presented in the 5th Trondheim Biennale entitled Meta.Morf, is an attempt to find some answers to these questions through the artworks of eight international artists, that represent privileged observers of our crucial historical moment.

In fact, we are faced with an advanced technological condition in which the interdependence between man and the tools he designed to improve his existence has become so widespread that it is increasingly difficult to draw clear boundaries between the two. We live in a “new world”, side by side with smart machines that not only seem to learn, or it would be better to say imitate, human features, but that are trying to upgrade and amend them with disturbing and often ambiguous precision.

Predictive art bot is an installation  by Disnovation.org, in which a prophetic Artificial Intelligence produces and presents short statements and hypothesis about artistic and cultural future possible scenarios, calculated by constantly monitoring the contemporary artistic and technological debate on online platforms such as Wired or Atlas, and then sent to a Twitter account in real time. 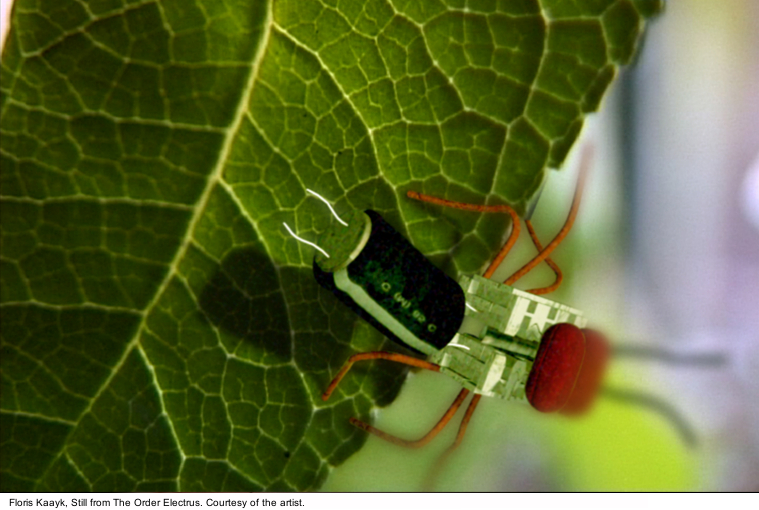 In Axon, instead, Joris Strijbos stages an evocative choreography of lights, sounds and movements generated by three robot through a neural network, suggesting the invention of machines not only autonomous but also creative: the future has never been more at hand (or at algorithm) than now, but what is the fate of a society and a humanity that do not need errors and chance anymore?

Floris Kaayk’s The Modular Body is a science-fiction narrative about the construction of Oscar, an artificial and modular life form whose body parts can be replaced in case of malfunction. This is a practice that raises not a few ethical issues about the limits of manipulation of the biological body aimed at its improvement: we are masters of our destiny and constantly about to loose control over it.

The relationship between genetics and technology is dealt with more specifically by Pinar Yoldas in Designer Babies, a reflection on the sensitive topic of human genome modification, while in The Order Electrus Kaayk presents a scenery in which the nature itself, adapting to environmental models made by man, has given birth to new, hybrid species of insects. 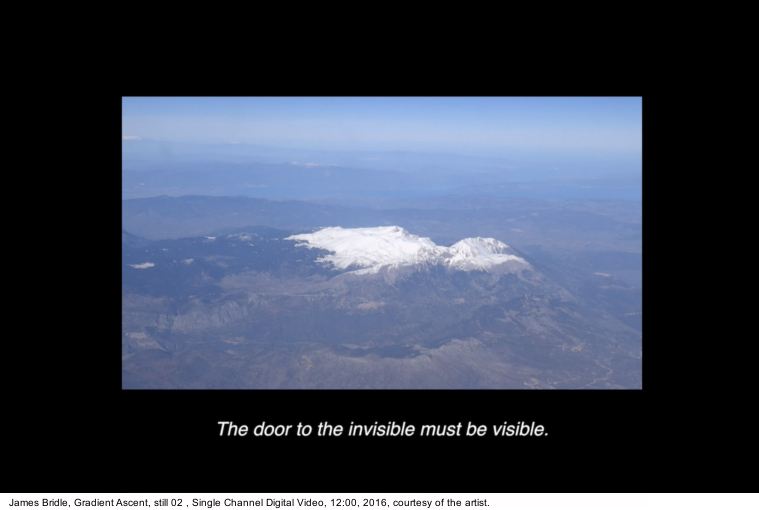 Anthropocene therefore seems to be an uncertain field in which men and machines coexist in a mood that is symbiotic and opaque at the same time, full of grey zones to decode and questions still to be express. The Council of Frederick De Wilde and Sascha Pohflepp’s Recursion present a paradoxical situation in which, for a strange role exchange, it is the machines that question themselves and reflect on the human nature.

In the first case we are faced with an Artificial Intelligence exploring the deep web and trying to understand some contemporary issues about mankind; in Recursion instead – after being trained with texts about human biology, the birth of societies and related topics – an AI is called upon to compose a text that begins with the word “human”, later performed by an actress.

Machine learning – the development of technologies able to self-improve and thus to become increasingly independent of their inventors over time, is the topic of three artworks by James Bridle: Activation 01 – 05, Gradient Ascend and Autonomous Trap. Choosing self-driving cars as the subject to his investigation, the artist looks for expedients and traps to reintroduce doubt and uncertainty into a system that seems to shy away from them, in an attempt to open up new visions and develop strategies of resistance. 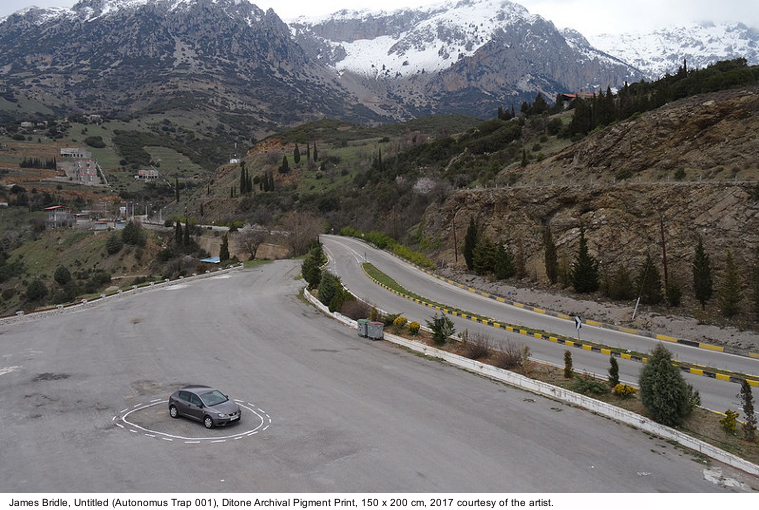 In “Living Machines” Sascha Pohflepp wrote that “Although we think of such endeavors as something new, the reality is that the dream of engineering life is something old. What is new are the tools.” As Felix Luque Sanchez in Different Ways to Infinity – DWI –  the different meanings the idea of infinity can take on – takes on, through strange experiments that present reality not as a closed structure, but as a system open to chance and instability: countless possible worlds stand out to the horizon before our eyes today. Which of them will remain just dreams (or nightmares) and which instead will turn into reality?