What the “reincarnation” of Media Art could be? An exhibition at YCAM

The Yamaguchi Center for Arts and Media (YCAM) is currently presenting Reincarnation of Media Art, an exhibition co-curated with the New York-based art unit, exonemo. In the 15 years since its opening, YCAM has worked with numerous artists from Japan and abroad to produce and present artworks that utilize media technology.

Works of Media Art often use computers and video or audio equipment. Consequently they are difficult to maintain over time due to mechanical breakdowns and changes in the technological environment.

Art museums and institutions worldwide are currently engaged in efforts to develop methods of preserving or restoring such works. In this exhibition we join forces with artists to consider the “death” of artworks and the possibilities for “reincarnating” them in the future by means other than conventional approaches to preservation. 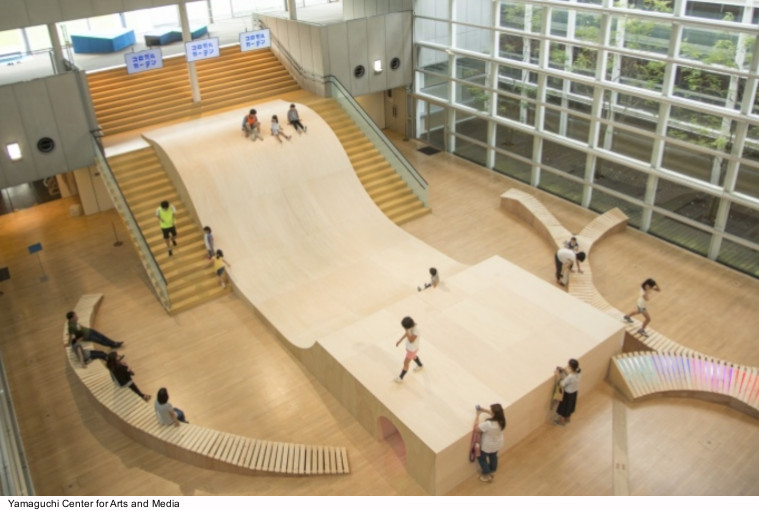 This exhibition features a massive Mausoleum of Media Art resembling a huge burial mound, which houses no longer functioning media works by various artists. The voices of these artists encourage us to think about the meaning of an artwork’s lifespan and future, and to explore new ways of creatively transmitting artistic expressions and other forms of “culture.”

“When we exhibited works of Media Art in a New York gallery” tells exonemo “the director of the gallery asked us: “What if one of your works breaks down after it’ s sold?” We immediately replied that we would repair it, to which the director laughed: “No, I mean after you’ re no longer around!”

There is an adage that “art is long, life is short.” We realized that we had not given serious thought to the notion of art as having a longer lifespan than human beings. Media Art, which is perceived as illuminating the future, actually has a short lifespan. When equipment is part of an artwork, a breakdown may cause the entire piece to stop functioning.

Some Media Art fails simply because the computer operating system was updated. The challenge of maintaining such works has become a hot topic for museums all over the world. But the very ephemerality of Media Art offers us an opportunity to contemplate the “soul” of art from a new perspective.

Discussions with the staff of YCAM, which celebrates its 15th anniversary this year, yielded the theme of this exhibition. What might constitute the “reincarnation” of Media Art? We submitted this question to artists associated with YCAM over the years, and from their responses we were able to glean their individual views on the life and death of art.

It is a question that may connect to more universal concerns extending beyond art: what kinds of values should we embrace in our own lives? Where do those values arise from? Not only Media Art, but we ourselves, as members of contemporary society, constantly seek new things that propel us forward. We hope this exhibition affords an opportunity to stop for a moment and think about such things a little more deeply.”

The artist unit exonemo (by SEMBO Kensuke and AKAIWA Yae) was formed in 1996 on the Internet. Their experimental projects are typically humorous and innovative explorations of the paradoxes of digital and analog computer networked and actual environments in our lives. 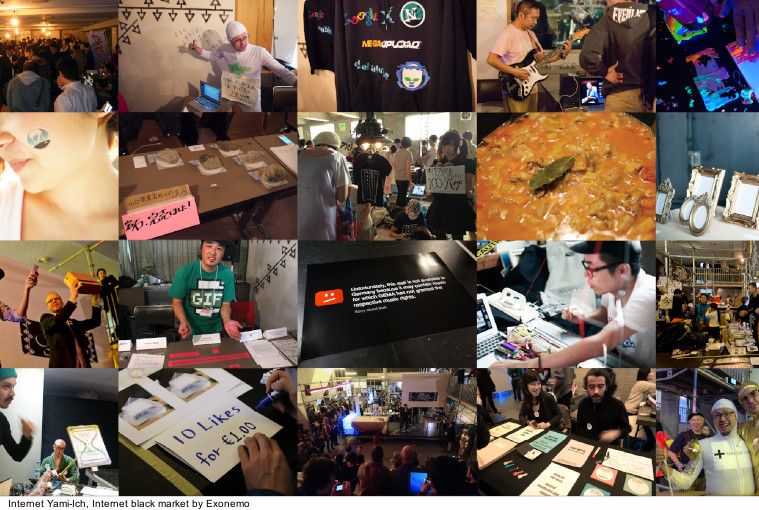 Their The Road Movie won the Golden Nica for Net Vision category at Prix Ars Electronica 2006. They have been organizing the IDPW gatherings and The Internet Yami-Ichi since 2012. They live and work in New York and became a member of the first museum-led incubator NEW INC since 2015.