From the 16th to the 18th of October 2020, these are the dates of the second edition of VRE – Virtual Reality Experience, which this year carries the emblematic subheading of Extended Edition: the International, festival founded and directed by Mariangela Matarozzo – dedicated to VR Cinema and to the vast world of Immersive Technologies and their impact on our present and near future.

It will happen in some of the most important physical locations, like the MAXXI National Museum of Art from the XXI century, Villa Maraini, home of the Swiss institute, in the prestigious Villa Medici, home of the France Academy, in the Aula Magna Unitelma Sapienza in Rome, next to the university city. And the online with the VeeR VR platform and the streaming on VRE’s social channels. (access is free upon reservation, for details on the site there are specific info).

VRE, that this year will be inside the section Risonanze della Festa del Cinema of Rome, will explore the multiple employments of VR and in general of the new technologies: from Arts to medicine, from entertainment to business and from the promotion of cultural heritage to gaming. 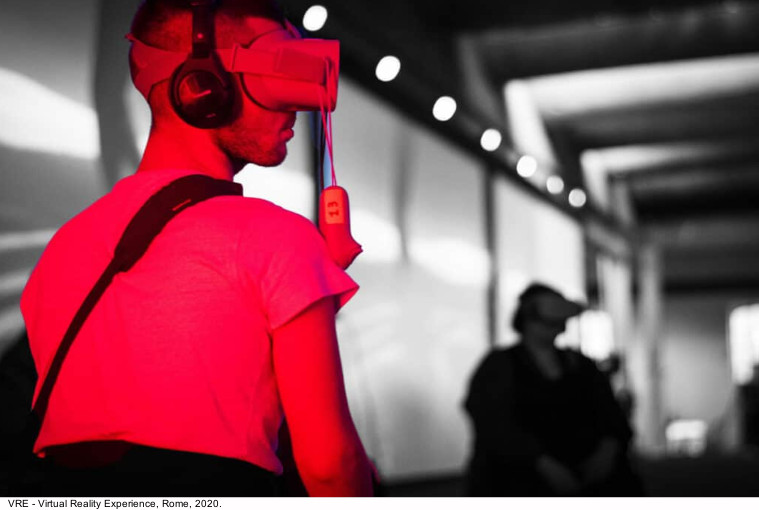 In this second edition VRE presents its Official Selection on the VeeR Platform; available from every device (visors, PC, tablet, smartphone), without time or place limits and with free access in over 150 countries all over the world. 22 360° films from the United Kingdom, France, Germany, Sweden, Italy, China, Australia and the United States. With the variety of topics, stories, suggestions of great emotional impact, the Artistic Direction wanted to favour the social and cultural topics of greater relevance and depth according to some great focuses: from the attention to the environment to inclusivity, to attention to the heritage.

Inside this selection an international Jury formed by Yair Agmon, Jaehee Cho, Pierre Emmanuel Le Goff, Rafael Pavon, Kirsty van der Plas, will declare the Best VR Film and the Best Interactive Experience 2020. An under 30 Jury (all coming from high schools and universities) will be entrusted with the selection of the VRE Young Best VR Film. Lasty, also this year is established the VRE Rai Cinema Channel VR Award.

Great opening at the MAXXI National Museum of Art from the XXI century, heart of the contemporary artistic experimentation, which from the 16th to the 18th of October will host a Selection of VR Experience among the most engaging and immersive of the International scene. 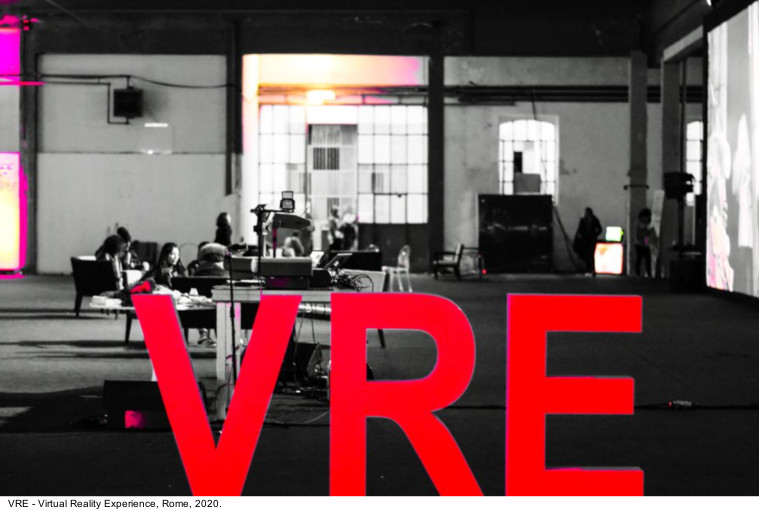 With Dreamin’ Zone by Fabienne Giezendanner (France, Switzerland, Germany, South Korea) we will take part in the story of a Korean woman searching for her lost father. Ayahuasca: Kosmic Journey by Jan Kounen (France) plunges us into the mystery of the amazon forest led by the indigenous Shipibo, a traditional healer; with The Holy City by Nimrod Shanit (Israel) we will be protagonists of a journey inside the city of Jerusalem, the holy city. Battlescar by Nico Casavecchia, Martín Allais (France, USA) offers us the scene of a New York of the Seventies through the eyes of a punk teenager, while Once Upon a Sea is an extraordinary and engaging journey in the region of the Dead Sea, the lowest place on earth.

We will explore the amazing world of Gloomy Eyes by Jorge Tereso, Fernando Maldonado (France, Argentina, Taiwan, USA) with his love and dark story and finally The Key by Celine Tricart (USA) will force us into a metaphorical journey to discover a hidden truth, crude as reality.

Still from the 16th to the 18th of October, in Villa Medici, in collaboration with Rai Cinema VR, France Institute and France Academy some VR stations will be set up with a selection of French films shot at 360°, from the Official Selection. Saturnism by Mihai Grecu, The Real Thing by Benoît Felici, Mathias Chelebourg, -22.7°C by Jan Kounen, Molécule, Amaury La Burthe. 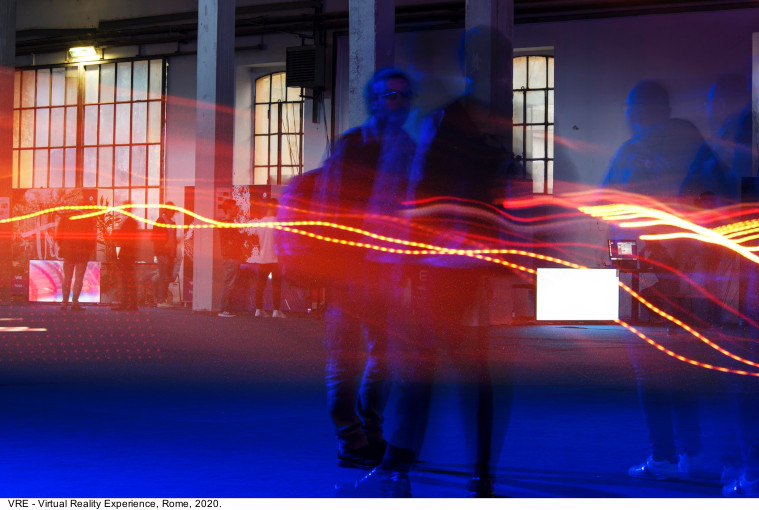 The film will be available on the App Rai Cinema Channel VR. The 16th and the 17th of October in Villa Maraini it will be possible to assist to the event produced by the Swiss Institute in occasion of VRE20: la Comédie Virtuelle, by Gilles Jobin who will transform VRE’s guests into dancers and will introduce them into the walls of the Genevan Eaux-Vives. The 16th and the 17th of October will also be the days dedicated to Virtual Reality and sustainable development 2030, this is the goal and the fil rouge that goes through the editorial and artistic choice of VRE20. Community life, education, work, health, gender inequalities, sustainability and development are the big topics of the 2030 Agenda to take on the twists and turns in where virtual reality could be, and in some cases already is, a precious tool of engagement and investigation.

A lot of events to talk about the impact of the new emerging technologies on great and current topics with Talk, Masterclass, Panel and Keynote in a hybrid mode: October the 16th in the Aula Magna Unitelma La Sapienza in presence and live streaming. The 17th the appointments move on the StreamYard platform and available live on the festival’s social channels and Twitch.